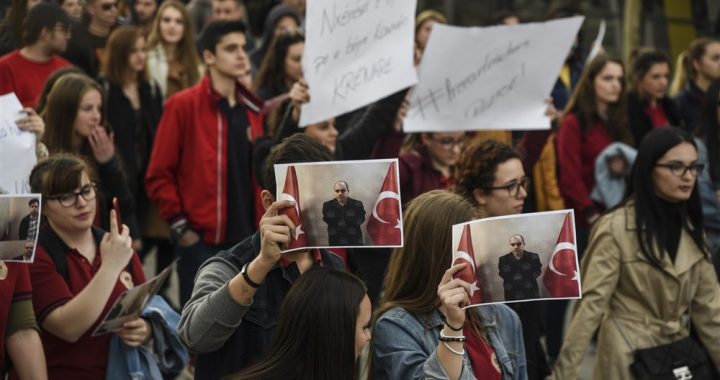 The UN Committee Against Torture said Switzerland should not deport a Turkish couple affiliated with exiled cleric Fethullah Gulen to Kosovo because there is a risk that they could be transferred to Turkey and face torture.

The UN Committee Against Torture said in a decision that the Swiss government should not deport a Turkish couple who are alleged members of exiled cleric Fethullah Gulen’s network to Kosovo because “they would face a real risk of being forcibly transferred to and subjected to torture in Turkey”.

The couple, who worked in Gulen-affiliated schools in Kosovo as teachers for years, applied for asylum in Switzerland in 2020 but their request was rejected by the Swiss authorities and it was decided that they should be deported to Kosovo.

But the UN committee said in its decision, which has been seen by BIRN, that under the UN Convention Against Torture and Other Cruel, Inhuman or Degrading Treatment or Punishment, Switzerland has an obligation to refrain from forcibly returning the couple to Kosovo.

Turkey regards Gulen’s network as a terrorist organisation and has been actively seeking the arrest of its members at home and abroad.

Ali Yildiz, the couple’s lawyer who represented them at the UN committee, said Kosovo is not a safe country for Gulenists and the Swiss government breached the UN Convention Against Torture by deciding to deport them to Kosovo.

“The committee, which has already issued an interim measure to prevent deportations of the complainants, concluded that the Swiss authorities erred in their decisions,” Yildiz told BIRN.

Six Turkish nationals affiliated with Gulen’s network in Kosovo were deported to Turkey in 2018. The controversial deportations were condemned by rights groups and caused a political crisis in Kosovo.

Kosovo’s Ministry of Justice insisted however that “there have never been such extraditions from the Republic of Kosovo to the Republic of Turkey”. It argued that the Turks in 2018 were deported on the Interior Ministry’s instructions rather than extradited, as extradition requires a court ruling. The Interior Ministry and prime minister’s office did not respond to BIRN’s queries by the time of publication.

However, the UN committee said that its definition of deportation includes extraditions and forcible transfers.

It also said that there is a cause for additional concern because of Turkey’s influence in Kosovo, as the previous deportations of Gulenists happened “despite the instructions of the Chief Special Prosecutor of Kosovo, who had denied the extradition request for the individuals in question”.

Turkish President Recep Tayyip Erdogan and his government accuse Gulen and his network of orchestrating a failed 2016 putsch and define the network as the ‘Fethullahist Terrorist Organisation’, or ‘FETO’ for short. However, Gulen denies any involvement.

A Kosovo parliamentary commission probing the highly controversial deportation of the six alleged Gulenists to Turkey in 2018 said that the deportation breached 31 Kosovo laws and procedures.

A spokesperson for the Swiss State Secretariet for Migration told BIRN that the Swiss authorities do not provide information on specific cases, explaining that “this is prevented, among other things, by data and privacy protection”.

But it said that “unlike a decision of the European Court of Human Rights, the findings of the [UN] Committee Against Torture (CAT) are not binding under international law”.

The spokesperson said that in the past, Switzerland has mostly adhered to the recommendations and findings of the UN committee.

But the spokesperson added: “However, this doesn’t institute CAT’s communications as binding. The CAT itself also accepts that its findings are only declaratory in nature and do not create any obligation to amend asylum decisions.”

The spokesperson further stated that the UN committee’s approval of an individual complaint “does not constitute an independent ground for appeal”.

The UN committee said that Switzerland defended its decision to deport the Turkish couple by saying that if Kosovo transferred them to Turkey, “such a course of action would in fact be likely to jeopardise the proper functioning of bilateral cooperation with Switzerland, which is not in Kosovo’s interest”.

But lawyer Yildiz argued that “six Turkish people with Gulen movement links were forcibly repatriated from Kosovo and imprisoned in Turkey, and Turkey has great influence and leverage over Kosovo”.

Thousands of institutions – universities, schools, banks, media companies, NGOs and private firms – owned or run by alleged members of Gulen’s network have been seized in Turkey since the authorities crushed the attempted coup in 2016. Hundreds of thousands people were investigated, detained and prisoned due to their alleged ties to Gulen.

The Turkish government continues to press other countries to do the same.

So far, however, apart from a few states in Africa and Asia with autocratic governments, Gulen schools have continued to operate and most countries have resisted or ignored Ankara’s demands for extradition of Gulen followers, excluding Kosovo, Albania and Moldova in the south-east Europe region.