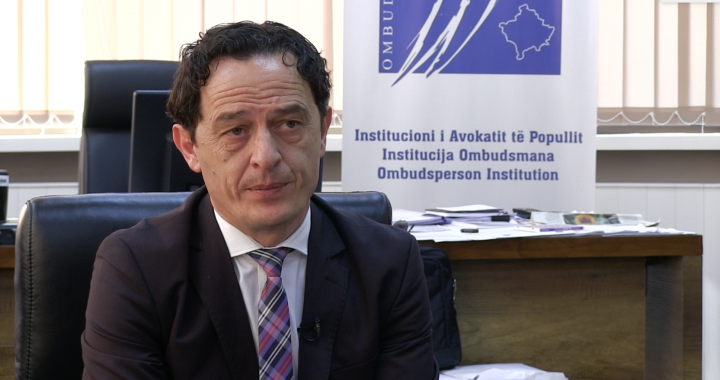 Kosovo Ombudsperson: The extradition of six Turkish nationals in violation of human rights and procedures

The ‘deportation’ of six Turkish nationals was done in violation of rights ensured by the European Convention of Human Rights and Kosovo laws, a new report by the Ombudsperson office finds.

In an interview following the publication of the Ombudsperson report on the forceful removal of six Turkish nationals on March 29, Hilmi Jashari, Kosovo Ombudsperson, explained that “from the first step to the last moment” the entire process was in violation of legal obligations proscribed in the Kosovo Constitution and the European Convention of Human Rights.

The report, published on April 27 by the Office of the Ombudsperson, finds that multiple Kosovo laws were violated during the arrest and forceful removal, as were obligations set out by the European Court of Human Rights, which forbids the extradition of a foreigner to a territory of a state where they might be in danger of inhumane treatment.

Kosovo authorities claimed to have deported six Turkish nationals, five of whom were staff of the Gulistan Educational Institutions, after the Kosovo Intelligence Agency provided them with information that they presented a national security threat. According to the Ombudsperson’s investigation, the arrested were not given prior notice and were arrested and removed forcefully, even without their passports.

The procedure of hastily and forcefully arresting and removing six Turkish nationals with Kosovar residencies without respecting their right to non-discrimination,  also violate the European Convention of Human Rights and the Kosovo Constitution, according to the Ombudsperson.

Kosovar authorities, Prime Minister Ramush Haradinaj and other leaders claimed to have been kept in the dark about the situation. As a result, Haradinaj dismissed the Interior Minister Flamur Sefaj and Kosovo Intelligence Agency director Driton Gashi.

“We are dealing with classic extradition, where the persons were arrested in the most brutal way possible, without any regulation, without any possibility for complaint, and the direct purpose was to be submitted to foreign authorities,” Jashari said.

Jashari also noted that violation of the European Convention articles that guarantee the right to liberty and security and the right to effective remedy from the law should never happen, “not even in the most extraordinary circumstances of a state… not even in a state of war.”

The Turkish nationals are facing charges of terrorism back in Turkey, where authorities suspect them of plotting the failed coup d’etat of August 2015 as members of the Fethullah Gulen international organization.

“If the purpose of the arrest was to submit them to an authority or an institution of a foreign country in order to face charges from another country, then I think that the whole process was carried out wrong,” said Jashari. In such cases extradition procedures, rather than a deportation order, are followed.

In the case of two of the six individuals, regular extradition procedures had been started at the Ministry of Justice, Jashari explained, before the Ministry of Internal Affairs proceeded with the deportation.

Jashari noted that the AKI’s competencies do allow them to notify the Ministry of Internal Affairs about potential risks, but it was the latter which was in charge of the operation on March 29. Regardless of the institution responsible, according to Jashari, the suspects should have still had access to a court.

“What is missing [in this case] is that according to the state’s constitution and international standards, these people should have access to a court and they should be assessed in conformity with regular procedure, in front of an unbiased and independent court,” said Jashari, adding that he suspects that the haste with which the extradition was carried out was to avoid reactions by other institutions that guarantee the rule of law.

Jashari’s office began an investigation into the procedures as soon as they saw the media reports, around 11 am on the day of the event. Since some family members reported the arrested were being held at Prishtina Airport, Ombudsperson staff were dispatched to the airport and stayed there well after midnight.

The Kosovo Border Police and airport staff did not grant them access to all areas of the airport, however. This violation too is outlined in the Ombudsperson’s report.

“The Law on the Ombudsperson is more than clear and the state’s constitution contains the provisions which guarantee unlimited access for the Ombudsperson’s representatives in their investigations,” explained Jashari.  “Moreover, since access was granted for EULEX police and officials but refused to the Institution of Ombudsperson on the same day, this is one of the most unacceptable situations that can happen in a state like Kosovo.”

The Ombudsperson’s report is damning and recommends that the afflicted parties be compensated.

“The violation of the law is  in itself a criminal offence, and this is indisputable,” said Jashari, encouraging the prosecution to investigate the case immediately. Kosovo State Prosecutor has not opened a formal investigation into the case yet.

“It is a process that should happen in every country, and I think that does a favor to the country itself. On the other hand it ensures what we call accountability and transparency of state institutions. Without these, I do not believe that we can form a democratic country,” he concluded.