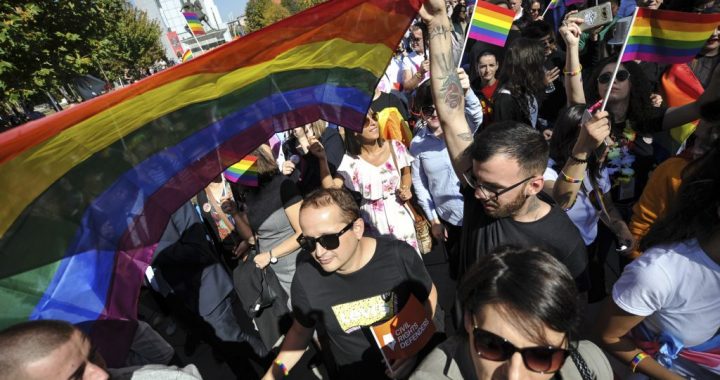 A survey by the World Bank Group on the experiences of LGBTI people in southeast Europe was published this month, with the lowest perceived acceptance of the LGBTI community recorded in Kosovo.

“The collective experiences of LGBTI people in the countries surveyed paint a distressing picture of the harmful effects of discrimination, harassment, exclusion, and violence,” the survey reads.

The results show that 92 per cent of people interviewed across the region perceive discrimination on the basis of sexual orientation as fairly or very common.

The survey, named “Life on the Margins: Survey results of the experiences of LGBTI people in Southeastern Europe,” covers Kosovo, Bosnia, Albania, Croatia, Macedonia, Montenegro and Slovenia, addressing openness about sexual orientation, how safe the LGBTI community feels, awareness of their rights and the progress of the LGBTI movement in their countries.

“LGBTI people remain invisible across the region,” the report reads. Kosovo has the lowest visibility of public figures that are open about being LGBTI, with only 2 per cent of participants believing it to be common. Increased vocal support from public figures is one of the most important ways of promoting respect for their rights, according to the report.

Only 17 per cent of LBGTI people in Kosovo are open about their sexual orientation or gender identity in the workplace, with 27 per cent reporting that they have faced discrimination at work in the last 12 months as LGBTI. Public places such as bars, restaurants and schools are where most discrimination is experienced, particularly for young men, according to the report.

Participants belonging to a minority group, having a lower income or living outside urban areas reported higher levels of discrimination and lower levels of visibility and acceptance across the board.

Participants identifying as intersex, those whose various sex characteristics may fall outside the traditional understanding of male and female bodies, said that the healthcare system and the labor market are places where they encountered the most discrimination, with three out of four intersex people reporting that they are not open about their identity.

Transgender participants, those whose assigned sex at birth does not correspond to their gender identity, reported some of the highest levels of harassment throughout the region, with each participants experiencing, on average, six incidents of harassment in the last 12 months.

80 per cent of transgender participants across the region had experienced discrimination personally, with only eight per cent of those recipients reporting the case to the police, saying they felt reluctant to reveal their gender identity or sexual orientation, disbelief that the case would be dealt with, and fear of ridicule as the main reasons for not reporting.

“In the few instances where reports are made, there is usually inaction or inadequate action to address the situation,” the report states. “Unsurprisingly, many LGBTI people are of the view that very few beneficial measures are being taken to improve their lives, and that more needs to be done.”

The survey’s conclusions call on countries to “bring the law to life,” through awareness raising across public institutions, closing the gap in implementation of laws protecting the LGBTI community and reforming criminal justice structures to make them more accessible.

The report notes that strengthening these areas would benefit not only the LGBTI community, but the entire region, closing gaps in human rights records and bringing countries closer to standards required for EU accession.

“Social inclusion of LGBTI people is therefore not only the right thing, but also the smart thing to do,” the report concludes.