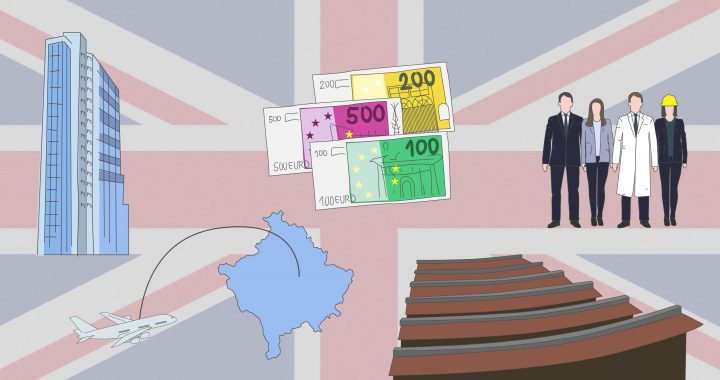 How to capitalize on the potential of Kosovo diaspora

Further integrating the Kosovo diaspora into key political bodies would jumpstart reform and development in the country, and not just economically.

Kosovo is transforming, and its diaspora is also going through a phase of changes that, whether we like it or not, will have effects and consequences on the way that things in Kosovo and beyond unfold.

Firstly, let’s take things easy. The contributions of Kosovo’s diaspora through the years are well known, and although in some instances this contribution remains negligible, nothing can undo the fact that the contribution of the diaspora has been decisive both many years before liberation and many after.

We may mention remittances and other direct or indirect financial support that diaspora members gave and continue to give to their families. Also noteworthy is the fact that compatriots come to Kosovo during vacation season and spend millions, as well as invest millions in entrepreneurship and small businesses.

So, if we are talking about concrete and coherent contributions, the Kosovo diaspora is the number one outside investor in Kosovo, surpassing the European Union, the United States of America, and other allied countries.

Seeing the development of geopolitical trends, the global economy, social and political trends around the world, it is evident that despite many opinions showing skepticism over our diaspora, this lobbying, promotion, and economic benefit of the community for Kosovo is more than necessary for the country, for its problem-ridden present and for the future of the new country.

But what does Kosovo need from the diaspora today, and how should its contributions be channeled so that it benefits not only the country but the diaspora itself?

Firstly, the diaspora should be an integral part of political representation for state-building and reforms in Kosovo, Considering the constitutional composition of seats in the Kosovo assembly, there should be a constitutional amendment that would reserve around 15 seats for diaspora members.

A dignified representation of the voice of the diaspora in the Kosovo assembly is indispensable for three reasons:

First, it institutionalizes every action of Albanians in the diaspora so that it would be to the benefit of the country.

This would help the diaspora find better and easier ways to enable the integration of new generations intp the state of affairs and contributions in Kosovo, making it possible for new generations from Kosovo that were born outside of the country to be and interactive and inherit part of their country of origin.

Second, representation through 15 seats in the assembly guarantees an opening of horizons for the diaspora, the investing potential, education, and twinning of cultural, economic and social activities between Kosovo and the diaspora.

There should be direct diaspora participation in executive and leadership structures, namely the Kosovo government, by guaranteeing three seats in the government’s cabinet, specifically within the Ministry of economy, the creation of a Ministry for remittances and the capital of the diaspora, and the Ministry for the foreign promotion of Kosovo.

Third, the diaspora should have leadership positions in the future army of Kosovo, and that diaspora member should have the possibility to join military service in Kosovo if they so choose.

Lastly, every Ministry in Kosovo should have a deputy Minister from the diaspora so that these representatives are seen as constitutive of governance, and where their expertise, knowledge and experience can be important for the reformation and development of the country.

When it comes to the building of developmental policies, there should be an institute established with special legislation drafted for the diaspora that would give them the possibility to operate in order to help Kosovo in its journey of political and economic reformation. It would be a non-governmental institute, but protected by law in its neutral and non-political policies.

This institute would serve as a type of think tank that would recruit professional and meritorious individuals to help with political representation and decision-making. The institute would be sponsored by a percentage of structured yearly remittances.

As a start, the Ministry of the Diaspora should create a working group with selected members of the diaspora who have professional backgrounds and managing experience to draw up an action policy for the institutionalization of concrete steps for the integration of the diaspora in decision-making and representation in state institutions.

The first task for the realization of an integrated plan for the diaspora should be the appointment of a representative for remittances by the Kosovo government that would operate as a minister, as well as coordinators between the government and diaspora representatives so that the restructuring of remittances and capital of the diaspora that enters Kosovo happens within a one-year period during 2019-2020.

This national strategy could be implemented through help and interaction between the government and commercial banks in the country, as well as companies like Moneygram and Western Union, all of which would be supported by digital platforms, such as an application that deals with diaspora services.

Remittances would then have to be considered as a special part of the state budget, and the accumulated capital would pool into the state reserves with a considerable and organized percentage of capital investments.

It is time that the path is cleared for the diaspora to help with the consolidation of the country with useful professionals and experience from outside, and also for creating possibilities for almost 40 per cent of its population to have a space to operate through the implementation of reformative policies.

This is the final phase, a time when the diaspora will have the chance to integrate within Kosovo society, and at the same time be an integrating component for social, economic and cultural issues in the country. The diaspora possesses the organizational infrastructure to unify itself if requests for a faster and more effective integration within Kosovo society are implemented. Well-consolidated organizations such as Germin and initiatives taken by this active entity have the potential to help in the process.

I, as a member of the diaspora and as a long-time supporter of Germin, the Kosovo NGO leveraging diaspora skills, express my readiness to help the acceleration of the integration of our diaspora in our home country.

The diaspora has the potential, expertise, capital and possibility to contribute. Kosovo has the laws and the constitution, as well as the political power, to help return its diaspora in order to help the country reach success and prosperity. We in the diaspora are ready―The ball is in your court.

This article is part of a series of op-eds published on Prishtina Insight and Kallxo.com as part of a project called Leveraging Diaspora for Policy Development from NGO Germin. This article was produced with the support of the Democratic Society Promotion, DSP,  project financed by the Swiss Agency for Development and Cooperation, SDC, and the Danish Foreign Ministry, DANIDA, and managed by the Kosovo Civil Society Foundation, KCSF. The content of this article does not necessarily reflect the views of donors and implementers.

Emanuel Bajra is a London-based banker and writer. Originally from Gjakova, he studies politics, economy and philosophy at the University of East London and has a masters degree in History of British Economics from Open University and LSE. 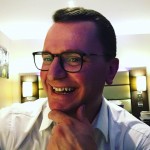