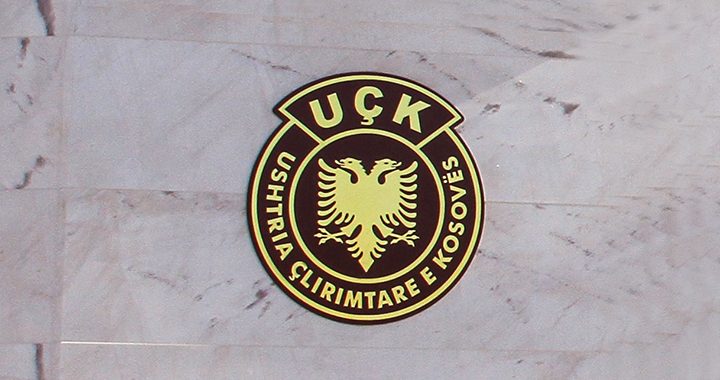 To protect the truth about its just fight for freedom, Kosovo must be prepared to support convictions for those who misused the war of liberation, even as Serbia fails to convict crimes committed by its own state apparatus.

Members of the Kosovo Liberation Army, KLA, have been investigated, tried, and even sentenced by a number of courts, including the International Criminal Tribunal for the former Yugoslavia, ICTY, in the Hague, as well as courts established by the international community in Kosovo such as those run by UNMIK and EULEX.

However, until now there have been no trials involving members of other armed formations active in Kosovo during the 1990s, such as the National Movement for the Liberation of Kosovo, LKCK, or the Armed Forces of the Republic of Kosovo, FARK.

That changed last week, when the Office of the Special Prosecutor published its first indictment against a former guerilla commander in the LKCK, Salih Mustafa, a member of the BIA group, whose name is an acronym formed from the initials of Bahri Fazliu, Ilir Konushevci and Agron Rrahmani, and who were deployed in the Llap Operational Zone.

The indictment accuses Mustafa of War Crimes under International Law. Specifically, it is alleged that during April 1999, in the village of Zllash in the Municipality of Prishtina, Mustafa and five other soldiers “deprived at least six persons of their liberty without due process of law at the Zllash Detention Compound.”

Under various forms of criminal responsibility, the indictment charges Mustafa with: arbitrary detention, cruel treatment, torture and murder as war crimes committed in the context of, and associated with, a non-international armed conflict in Kosovo.

It was hard for me to believe the truth of this indictment, and not just because the accused was, until 1999, my neighbour.

The formation with which Mustafa was aligned, the LKCK, was founded in July 1993. It regularly (and illegally) published and distributed a monthly leaflet, ‘Liberation’, in which the organisation clearly demonstrated its sensitivity for the lives of innocent civilians, regardless of their ethnicity.

In an extraordinary publication in January 1997, Liberation stated that: “The actions of bombing camps of Serbian settlers, and bombing a cafe in Decan with civilians have nuanced elements of terrorism.”

In July 2007, former LKCK member Aziz Bici, Commander of the First Battalion of the Operational Zone of Shala, demanded that the prosecution in Prishtina investigated his unit to determine whether it had violated International Humanitarian Law.

In 1994, Salih Mustafa was sentenced to five years imprisonment by the Yugoslav authorities for his activities with LKCK. Over 25 years later, he will stand trial again, and defend himself against accusations of breaking international law.

The KLA’s war has been largely vindicated by international courts thus far. The ICTY, established in 1993, announced KLA commanders Ramush Haradinaj and Fatmir Limaj as not guilty, while sentencing key Serbian political, military and police figures such as Nikola Sainovic, Dragoljub Ojdanic and Sreten Lukic.

However, when the ICTY concluded its work in 2018, war crimes committed in the Yugoslav wars became the responsibility of local courts.

Croatia, Serbia and Bosnia and Herzegovina established local courts dedicated to handling war crimes cases, though Kosovo almost failed in this endeavour. This was partly as it had no prosecutors, judges, attorneys, or policemen who dared to protect witnesses, leading to the creation of the Special Court in The Hague and not in Prishtina.

Those most guilty for this state of affairs are those who have led Kosovo politically during the last decade. If these leaders were concerned with what is best for Kosovo, they would have created the conditions to establish a Special Court for War Crimes based in Prishtina following the publication of the report from the General Assembly of the Council of Europe in 2010.

Moreover, those who are named in the report should not continue to hold official public positions, as they are aware that when international media will report on Kosovo, their appearances in the report will be mentioned, thereby damaging Kosovo’s image.

Certainly, Serbia will use its establishment of the Special Court for War Crimes, in its international diplomacy as a means of tainting Kosovo and the KLA, its aim to recast itself as the victim of the atrocities of the 1990s rather than the perpetrator.

We must not allow this. Therefore, what is needed is an international project that refreshes the global collective memory through an objective mirror of what unfolded between January 1998 and December 1999.

The war of the KLA was just because it was a war for freedom. However reports from prestigious international organizations claim that individuals within the KLA, unfortunately including those with leading positions, were involved in violating International Humanitarian Law.

Our slogan must be: Although occupied and oppressed, we sentenced individuals who abused our war. Serbia meanwhile, although an occupying force and an aggressor, has not convicted the crimes committed by their own state apparatus.

It would not be the first time that we take responsibility for our past deeds. Around 40 churches and orthodox monasteries were destroyed in the riots on 17 and 18 March, 2004. Although it was not known by whom the damage was caused, the churches were renovated using money from the Kosovo taxpayer.

Contrastingly, while Serbia destroyed around 200 mosques in 1998 and 1999 and despite it being crystal clear that those buildings were damaged by the Serbian Army and Police forces, they were only re-built with the help of international organizations. Serbia has never taken responsibility.

Kosovo should be committed to a fair trial for those charged by the Special Court as well as to justice for victims and their family members, regardless of differences in ethnicity, language, religion or political affiliation.

Meanwhile, Kosovo’s judicial institutions must finally be active – something that has been missing this last decade – to prosecute, judge and sentence all those who have committed crimes against ethnic Albanians.

Finally, as Kosovo aims for membership in Euro-atlantic structures, it should not replicate Serbian society, which allows those who were found guilty of war crimes to occupy positions in public institutions once they are released.