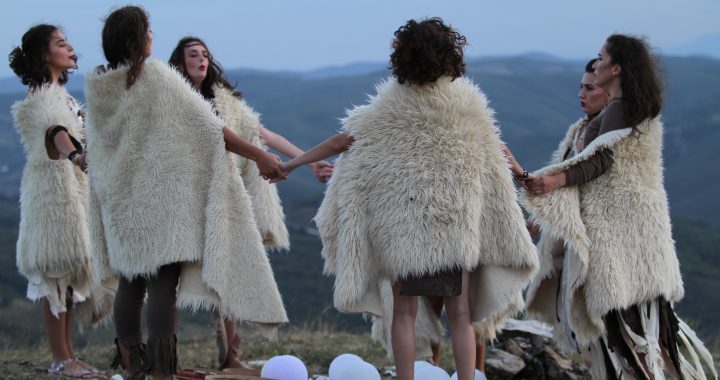 The 10th edition of the arts and traditional culture festival Etno Fest welcomes guests in the village of Kukaj this weekend.

After being postponed in May, this year’s edition of Etno Fest is dedicated to women and the sun, and offers a lively program of exhibitions, live music, theatrical performances, panel discussions and indulgent traditional cuisine until Sunday September 27.

Talking about the challenges of organizing this year’s festival, Vlora Ademi, the coordinator of the festival told Prishtina Insight that they did not want to go online because it would not do justice to the traditions of Etno Fest and its immersive program.

On opening night on Friday, visitors wandered through Kukaj’s narrow streets to attend music and dance performances staged throughout the village.

The festival was officially opened by a speech by Vjosa Osmani, Speaker of the Assembly of Kosovo, who expressed her support for the festival’s theme.

“Both are essential to human life,” Osmani said. “Our battle is to overthrow the concept of the patriarchy which restricts women to the realm of the home, because there is no free society without free women.”

Fadil Hysaj, founder and organizer of the festival, told Prishtina Insight that the thematic focus on women was combined with the pagan symbol of the sun because together they express the resilience and continuity of life.

“Men should start a campaign and raise their voices about the value of women, which is sublime,” Hysaj said.

From 12:00 on Saturday, Kukaj will host creative workshops with choreographer Robert Nuha throughout the day. A debate entitled ‘Women in the traditional Albanian house’ will also be held, as well as a stage performance titled ‘Rozafa’ which is based on a text by Prima Shllaku, and features Donika Ahmeti, Vjollca Llugiqi and Prima Shllaku.

The afternoon continues with musical performances by the Vitija Ethno ensemble, a screening of the documentary Albanian Ethnography of Kercova by Illir Ramadani and songs by the Besa women’s association from Kercova.

Saturday concludes with a performance of the play Balkanibalizem, a monodrama directed by Sabedin Selmani and starring actress Ajshe Useini, followed by DJs performing at the Etno Party, while Sunday also features a full program. For more information, visit the festival’s Facebook page.