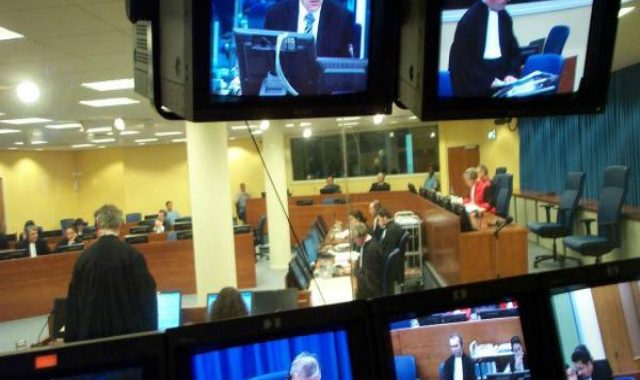 As ICTY ends, a closing ceremony without context

A critical look at ICTY's approach towards victims in light of its closing ceremony, as viewed online from Prishtina, Kosovo.

Days ago, the trial chamber of the International Criminal Tribunal for the Former Yugoslavia, ICTY, officially concluded its work after more than two decades of dealing with cases of war crimes that took place during the conflicts of the former Yugoslavia. Being the first international tribunal of its kind, it raised great hopes and expectations among the victims. Yet, with the passing of time, these gradually diminished as the justice the court served felt inadequate.

A survey conducted by UNDP in 2012 revealed that 55 per cent of Kosovo Albanian respondents were satisfied to some extent with ICTY’s work and that 87 per cent of Kosovo Serbs were not satisfied. Having been placed at a far distance from the victims, most of them, and the society at large, remember the existence of the tribunal through scattered memories and images of televised court hearings. Apart from this, there has been little substantive media reporting or public debate on the trials and the related facts. Sometimes victims were not at all aware that certain trials were related to their cases, while new generations have grown up completely unaware of the tribunal’s work.

ICTY’s outreach program has certainly failed to fill this communication gap between the tribunal and the former Yugoslav societies, especially in Kosovo. This is largely due to the ICTY outreach program’s almost complete indifference towards Kosovo, initially evident with the lack of availability of information on ICTY and its trials on the ICTY’s website in Albanian, then with the almost invisible outreach field office, and finally with the failure to give life to a project to make ICTY’s archives accessible through the information centers like the one established in Bosnia and Herzegovina or officially introduced to Croatia and Serbia’s state leaders by the ICTY president.

The ICTY’s closing ceremony also felt as distant as the justice it served. Kosovo media did not report on the event and there were no recent media or public debates on ICTY’s legacy and its implications for justice in Kosovo. When watching the online broadcast of ICTY’s closing ceremony, the mutual ignorance could be easily felt.

Hosted in one of the most iconic buildings of the Dutch Monarchy, the guests were addressed with a welcome greeting in English, BCMS (Bosnian, Croatian, Macedonian and Serbian), and in French, but not in Albanian. Perhaps there were no Albanian participants at all among that group of internationals gathered to discuss and celebrate the great achievements for justice in the former Yugoslavia, or if there were any Albanian speaking participants, perhaps the organizers did not consider that they, too, were entitled to be greeted in their own language.

The ceremony began with a moment of silence in memory of the victims of conflicts in the former Yugoslavia. Then, after most of the international speakers delightfully recounted the achievements of international justice and ICTY’s contribution to international humanitarian law, while adding how all this has been significant to the victims and peace-building, an actress presented narrations from victim testimonials. This insinuated that the victims’ own voices were not worthy of that ‘high class’ environment.

The story of an Albanian victim was narrated in another language, BCMS, as ICTY, apparently even at its closing ceremony, did not think about the importance of this in context of its own judicial truth about the nature of the conflicts and the respect for the identity of the victims it served. The usual justification of the technical or political impracticalities does not work in this case.

At the end of the ceremony, there was a symbolic transfer of a commemorative medal from ICTY to the Mechanism for International Criminal Tribunals, MICT. MICT will not handle new cases but will assume responsibility for a number of ICTY’s functions, including appeals and re-trials; however, the Kosovo public has not been well-informed about this process.

These are small details in comparison to ICTY’s achievements and the justice it has brought. Nevertheless, they are valid in the context of respect for and prioritization of the victims. This is even more evident when considering the reconciliatory aim of ICTY and the fact that this approach of disregarding the identities of the victims stands against the concept of justice.

Therefore, criticisms like these are not just to complain or play the victim as it is usually perceived, but are in fact to remind people that justice brought by any mechanism that is not attuned to the local context is not satisfactory justice, and as such, does not contribute to reconciliation. Ultimately, the critical debate over ICTY’s legacy, more than anywhere else, should take place in countries that this tribunal has served, so that similar inadequacies are not repeated in other mechanisms of international justice or any other local or international mechanism aiming for reconciliation.

Raba Gjoshi has an MSc in Politics of Conflicts Rights and Justice from SOAS, University of London. She was a former director of Youth Initiative for Human Rights office in Kosovo.