In Land With No Sea, Kosovar Builds Ocean-Going Boats

Although no part of Kosovo touches a coastline, geographical reality has not stopped a young Kosovar from building professional, ocean-crossing fishing boats – that sell as far away as the US.

Kosovo’s lack of access to salt water has not shattered Shkamb Koshi’s maritime ambitions. This young man from Gjakova has turned his passion for fishing into a profession – building ocean-going boats.

On the outskirts of Prizren, in Petrovë village, he has set up his own company where he builds carbon fiber boats, named “Interstellar”, as well as aesthetic parts for car giants Alfa Romeo, Fiat, Lamborghini and Ferrari.

Koshi, 34, is now finalizing his second boat, which has already been sold to clients in Miami, Florida. 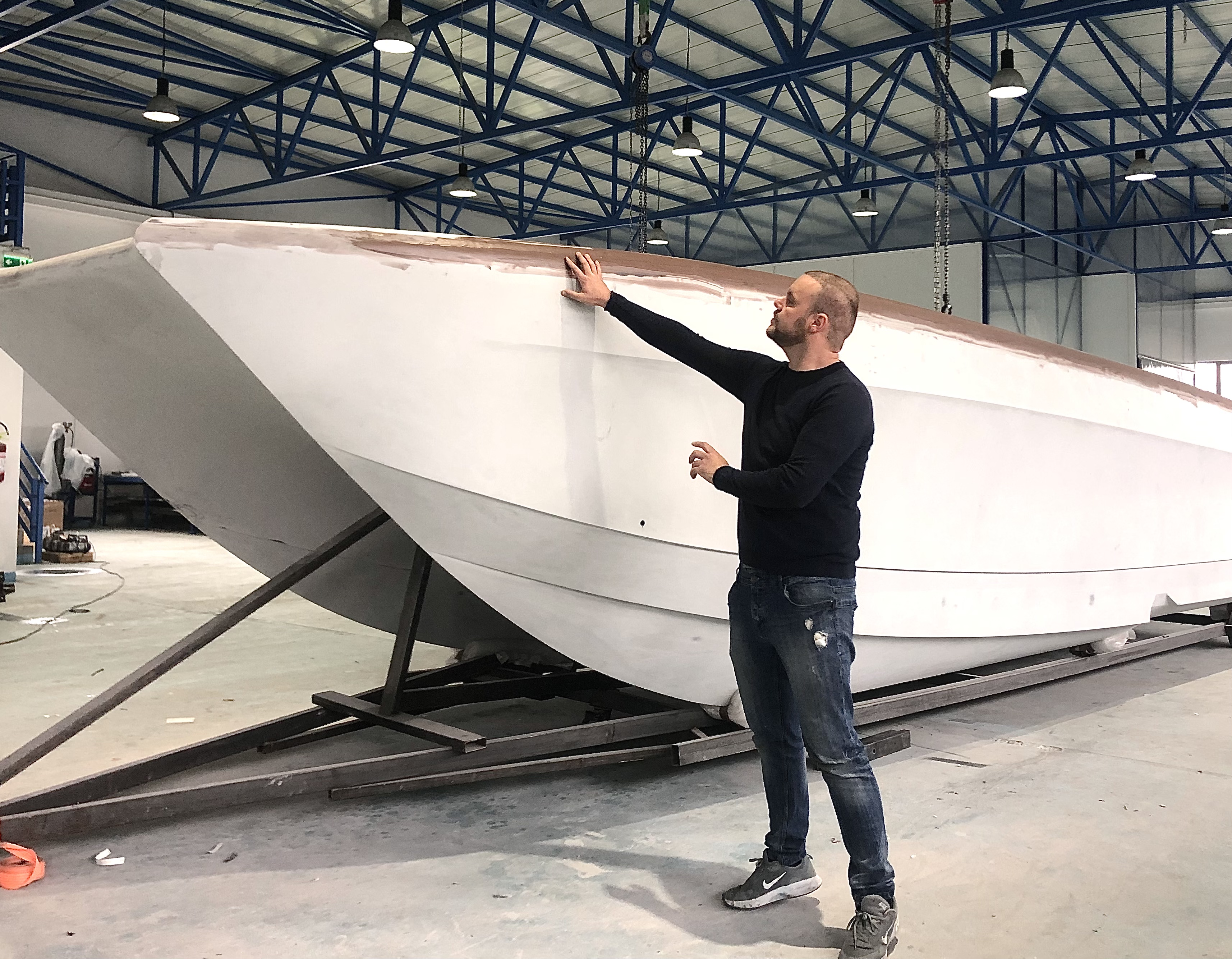 The production of aesthetic parts for cars also continues, to be sold in Japan, the US, the UK and as far as Kenya, Madagascar and Guatemala.

‘It has become part of my body’

It has been almost six months since Koshi and his team started working to complete the fastest boat in its category, destined to sail to Miami, Florida.

He claims to have spent about 400 hours of his life working day and night to perfect the craft, which will cross the Atlantic ocean.

They completed their first boat in nine months, and he plans to shorten the time for the other boats to one-and-a-half months.

“I made my bones in this boat. It almost seems to me that it has become part of my body,” Koshi said in an interview with Prishtina Insight.

Koshi started working with boat building two years ago. Although he had trouble finding workers, he has taught his staff about the culture of the sea.

“This is our business card, in the sense that there is no exact special model, but a way of processing [production] that is different from the others,” Koshi says. 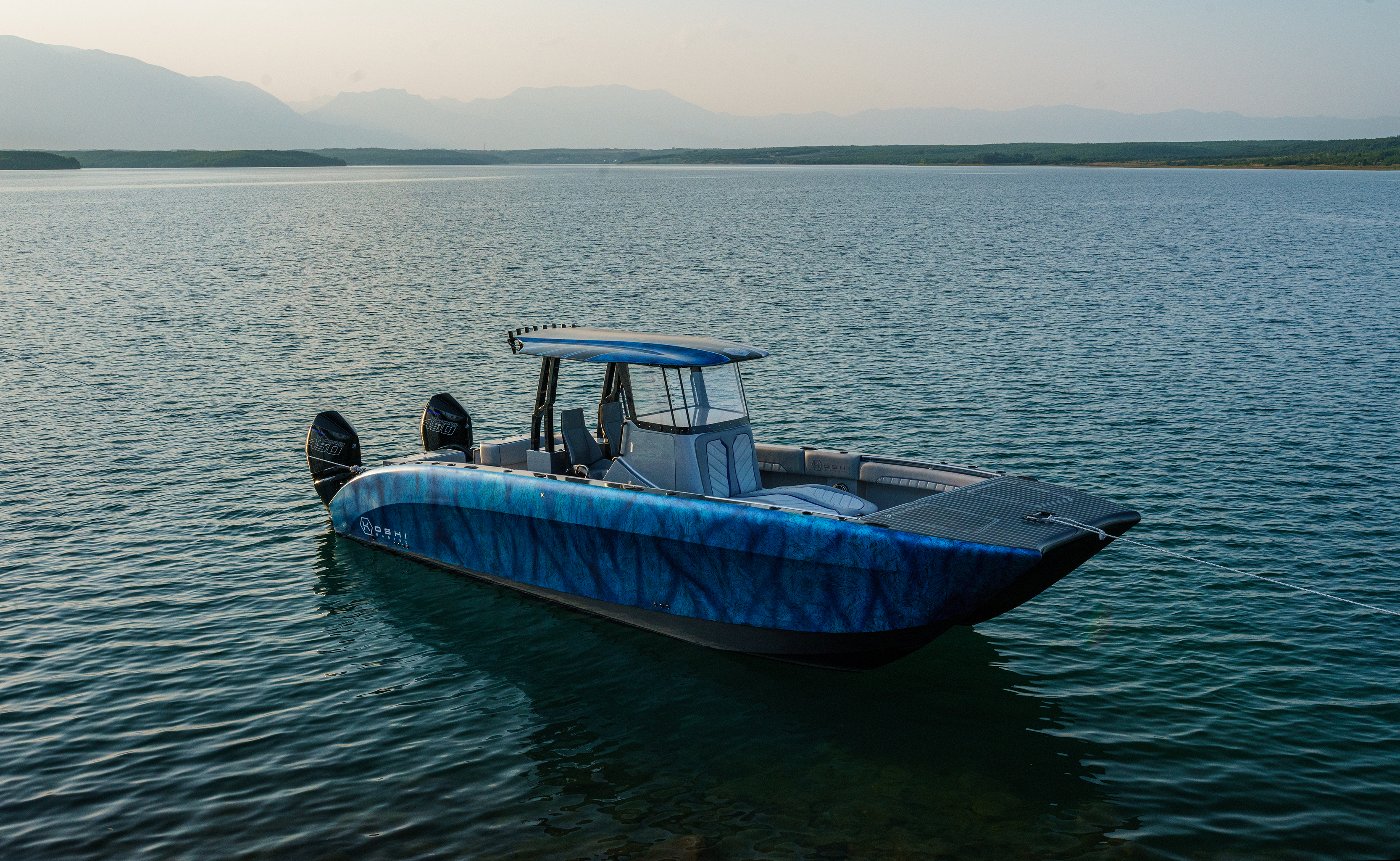 His “Interstellar” boats are not boats for luxury cruises. As technical boats with suitable chairs, airtight room and other details that maximize the space in the boat, they are specifically designed for serious fishing. “This boat is made to fight the big fish,” he jokes.

“I have a dream. There is this place, one of the most famous places in Miami, a gorge that connects the lagoons to the sea, where the most expensive yachts pass. I dream of seeing my boat passing by there,” he reveals.

Designed for the US market

The boat they are working on currently is nine-and-a-half meters long, with camouflage patterned chairs, shock absorbers “and other expensive equipment”.

According to Koshi, his “Interstellar” boats as a category are not yet built in Europe. He says this category of boat was invented by Americans for rougher seas and oceans. This is why they target the American market, and Australia, most.

His second boat, according to him, is more attractive due to its production technology, through which they have achieved nine times better stability than the closest competition, and made it three times easier.

“These products are sold like bread in America, which is why it was sold in Miami,” Koshi says.

The name “Interstellar” was proposed by one of his professors who taught him management.

“He told me that other producers call these boats stars. Boat stars – above the stars – interstellar,” he quoted the professor saying. 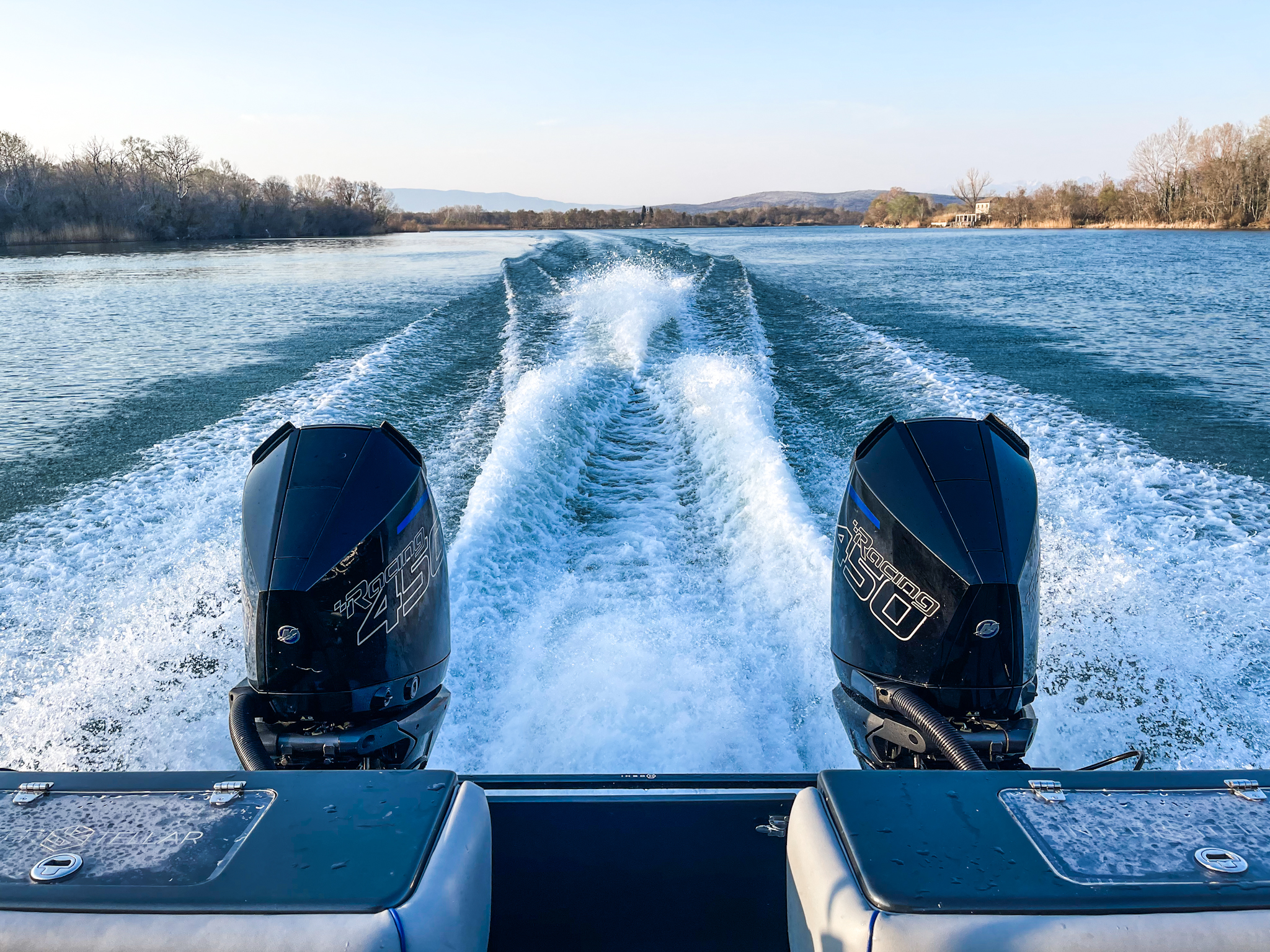 “I also really liked doing tests with myself, as if I was buying a boat and saying: ‘Do you have an Interstellar? .. the way it sounded.”

The sea can be life-threatening, but Koshi says it is almost guaranteed that people who go as far as 300 km from the shore, in addition to catching fish, will be safe in all aspects on his craft.

“Imagine we do not have the sea, and we have to produce a product for people who have not seen the sea,” says the entrepreneur, explaining his attitude, and pointing out that as well his work on boats, he is also teaching marine culture.

As a four-year-old, Shkambi and his family migrated to Italy, where he completed his education and started his career. A love for cars led him to drop out of his faculty at the age of 21 and return to Kosovo.

After 13 years with his boat business, he has put Kosovo on the boat-building map. 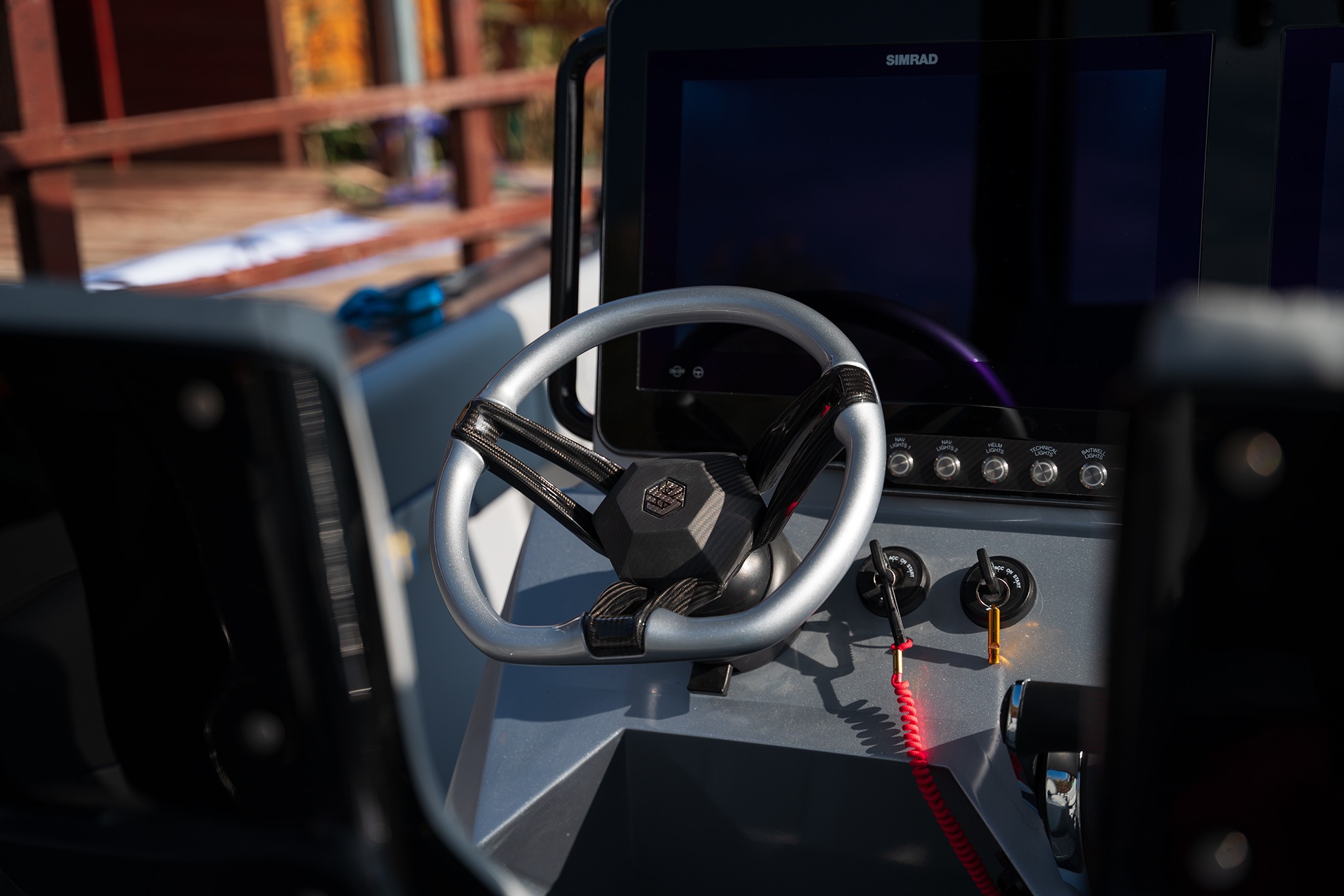 Koshi says no one has taught him this craft. But after constantly trying to build a boat for 15 years, when “it failed, it rotted, it melted, it deviated from what it had to do,” he achieved success.

“My secret is: Do not rely on those who impose on others, find your own ways. If you think there is another way and it has its advantages, try it,” he advises.

Labour costs make it better to work in Kosovo

Having held down several jobs at the same time, 13 years ago he opened his first business, building aesthetic parts for cars.

It all started with a passion for sports cars, from which he started building boats. Now he plans to also build drones that can be driven by man.

“In Italy, [this work] is impossible because labour is so expensive. Some 90 per cent of the process is all handcraft, which increases the price. It’s better to do it in Kosovo,” he says.

For almost eight years he worked in various jobs, as waiter, manager in a restaurant for weddings, even in a disco, investing all the money he saved in his business.

“It [success] was not difficult to penetrate, as long as I was convinced from the beginning that one day I will make it. The only thing is that I hoped to make it within the first year. It took me seven, eight or nine years in the minus to see the first plus,” he recalls.

The Koshi Group company is divided into two parts: cars and boats. The first produces aesthetic parts made of carbon fiber for Alfa Romeo, Fiat, Lamborghini and Ferrari. 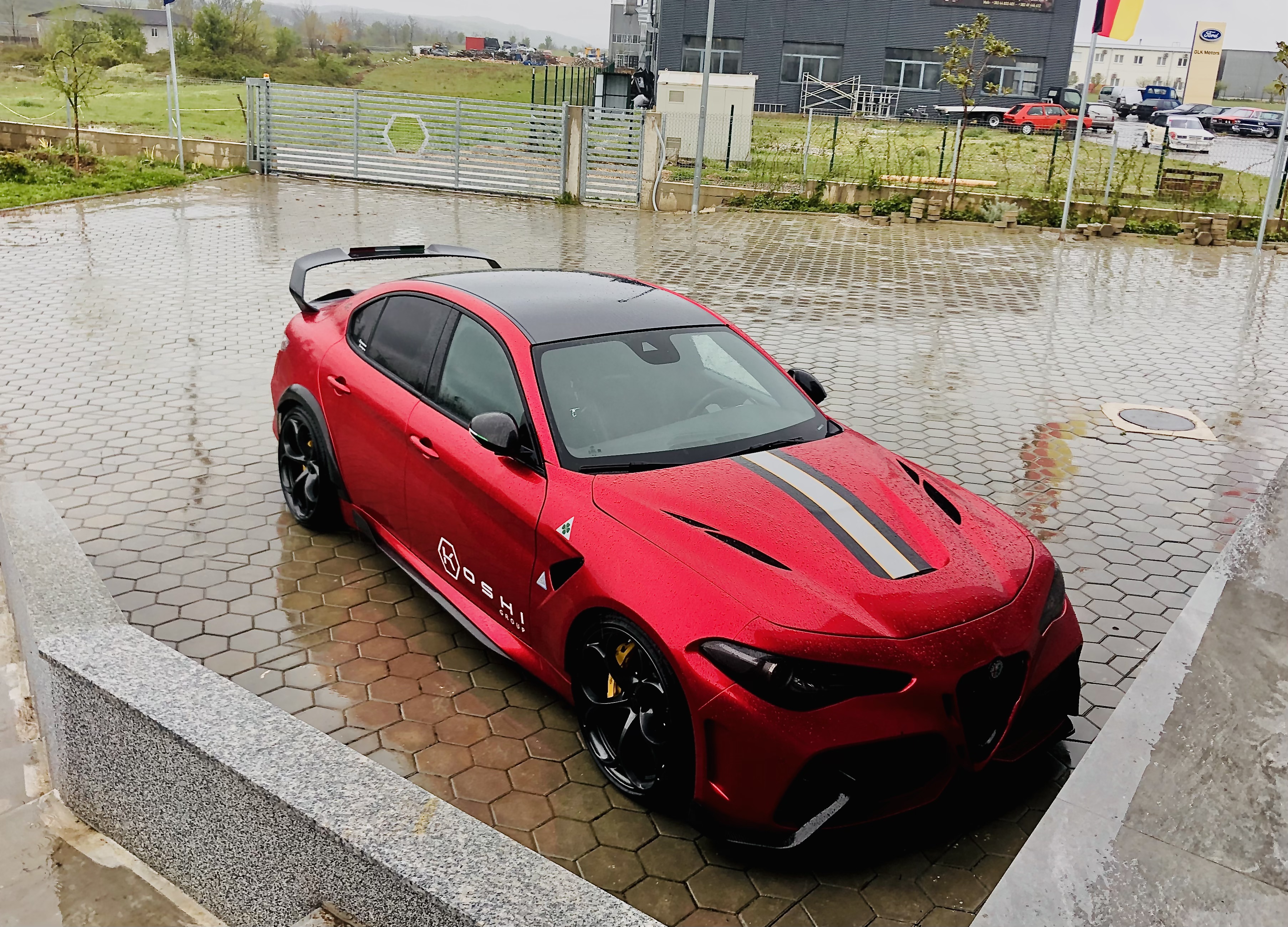 Koshi says many car companies have copied the aesthetic parts for cars that he has designed, but he has not sued them because he saw it as a good thing, that world companies were inspired by his work.

“When such a big company with all those engineers takes a part of me into consideration, I see it as evidence of good work,” he says.

According to him, with the right will and work, everyone can do the same as he has done in his garage.

It is not that he has seen anything more in Italy than in Kosovo. “We all have the internet, everyone can try it on their own,” he insists.

Koshi encourages all young people to try new things, despite the failures; in the end, successive failures will turn into success, he believes. 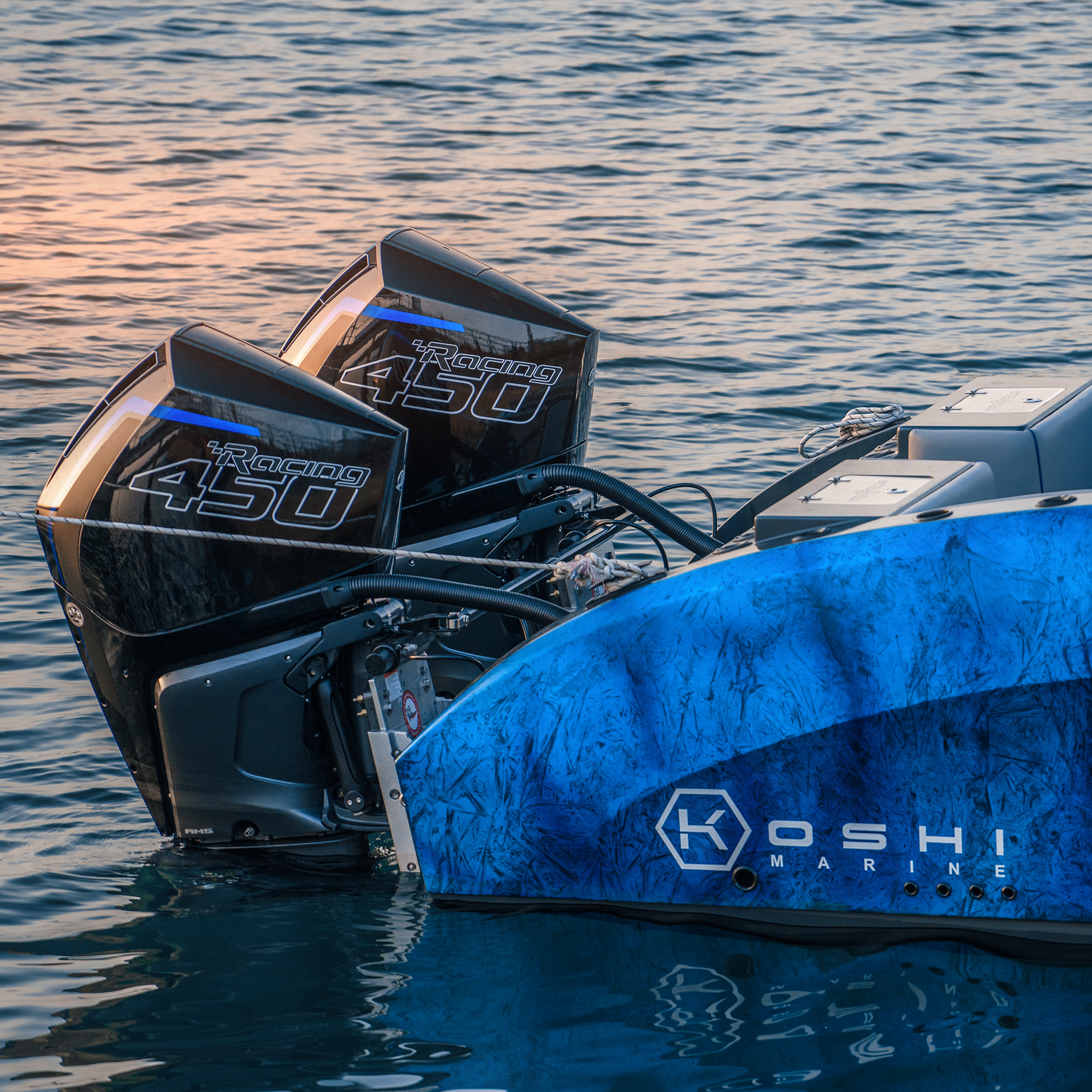 The biggest problem, especially for those trying to build boats, is that they do not research deeply enough but rely on what already exists in the market.

“We personally do all these tests ourselves. It’s not that I called someone to help me,  I did it all by myself,” he concludes.

by Ardita Zeqiri
Next: Opinion