With two of the six Turkish nationals deported to Turkey from Kosovo in 2018 now facing seven year prison sentences, Turkish residents in Kosovo with links to the Gulenist movement express concern that they and their families continue to be at risk.

“There is no doubt that the person behind all of this has to take responsibility,” says Yasemin Karabina, the wife of Yusuf Karabina, one of six people that were extradited from Kosovo to Turkey under still unclear circumstances on March 29, 2018.

On Wednesday, two from the group that were arrested and deported to face trial, Osman Karakaya and Cihan Ozkan, were sentenced to seven and a half years in prison by a court in Istanbul, after the pair were found guilty of “participating in an armed terrorist organization.” Both were acquitted of additional charges for “international espionage.”

For Karabina, a Turkish teacher at Mehmet Akif College in Lipjan, the extradition was more reminiscent of a kidnapping, and she hopes that justice will be served. “The people behind the abduction should be held responsible,” she told BIRN earlier this year.

The controversial operation, conducted by the Turkish National Intelligence Organization in cooperation with the Kosovo Intelligence Agency, has been justified by the Turkish Government as part of a wider campaign to prosecute members of the Gulenist movement, followers of cleric Fetullah Gulen, who Turkey blames for a failed coup in 2016. Those deported in 2018 included five members of staff from the Gulenist educational network’s Mehmet Akif colleges in Kosovo, including the organization’s general director, Mustafa Erden. 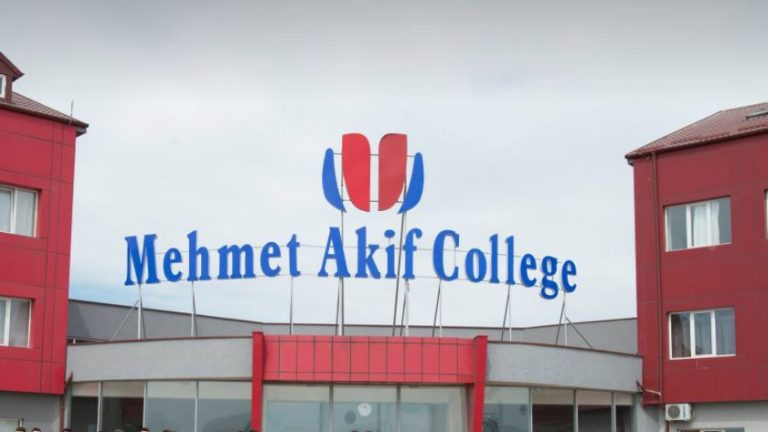 A wave of societal and institutional criticism erupted in Kosovo following the operation, including reports of flagrant violations of both Kosovo law and international human rights law by the institutions involved. The day after the deportations, then-Kosovo Prime Minister Ramush Haradinaj claimed the operation was conducted without his permission or knowledge, and fired Flamur Sefaj, the Minister of Internal Affairs and Driton Gashi, the head of the Kosovo Intelligence Agency, AKI.

In response, Turkish President Recep Tayyip Erdogan criticized Haradinaj for “shielding terrorists,” while President Hashim Thaci, who was more reserved in his denouncement of the operation, has maintained close relations with Erdogan even following the March 29 operation.

Kosovo and Turkey have enjoyed strong economic and diplomatic ties over the past decade, but the hunt for Gulenists and the deportations in 2018 have left part of the Turkish population in Kosovo feeling insecure.

“It’s not easy as we can see that Erdogan is very powerful, and Kosovo’s democracy cannot resist that pressure,” says Nermina*, a staff member at Mehmet Akif College, who spoke to BIRN on condition of anonymity.

Nonetheless, the ‘special relations’ between Kosovo and Turkey did not completely bar Kosovo authorities from demanding accountability for those who ordered what was widely described in Kosovo as a “violation of human rights.”

A parliamentary commission was established by the Kosovo Assembly to shed light on the events of March 2018. In February 2019, the commission identified 31 breaches of law and procedure that occurred during the operation. The commission also complained of various “obstructions” in the course of their work, with Kosovo President Hashim Thaci reported as having failed to provide documents necessary for the investigation upon request.

Turkish authorities continue to put pressure on Kosovo and its neighbors to extradite individuals alleged to be linked with the Gulenist movement. Last year, North Macedonia received 17 extradition requests from Turkey, the country’s Ministry of Justice told BIRN, though only one person was extradited. Between 2014 and 2018, Bulgaria received 38 extradition requests from Turkey, 17 of which were approved.

“Now when I see police cars driving by, I feel frightened after everything that happened, despite the fact that I’ve never been involved in any criminal activity,” Karabina told BIRN.

Nazmi Ulus, the principal of Mehmet Akif College, echoes Karabina’s fear. “Personally, I’m more worried about my family’s security now,” Ulus told BIRN. “We don’t know what could happen next, or the risks that we could encounter.”

After the deportations, Ulus has changed his personal routine. “I care much more for the security of myself, my friends and my family,” he said. “I try not to be alone or come home late, and I always tell my wife where I am. One morning last month I was late coming to school, but I forgot to inform anyone and they phoned me asking ‘where are you, are you safe?’”

For Ulus, Erdogan’s regime will not stop intimidating those considered enemies of the state, and this creates a permanent feeling of insecurity. “I suspect that they [the Turkish authorities] will not repeat their actions [the extraditions] but I still suspect that they will try other things, and our friends everywhere are still at risk,” he added.

In April 2019, Turkish Defense Minister Hulusi Akar paid a visit to Prishtina and met Haradinaj in a closed meeting. Before heading to Prishtina, Akar visited North Macedonia, where he openly demanded the extradition of what he called “Terrorist structures of the FETO organization.”

Kosovo’s Ministry of Justice has not responded to BIRN’s questions concerning the number of people requested for extradition by Turkey.

“For security reasons, most of our friends [Turkish nationals in Kosovo] have requested asylum in Kosovo,” Ulus told BIRN.

While the number of those applying for asylum has increased, people accused by the Turkish Government of connections to the Gulenist movement are still living in fear, and despite pledges by Haradinaj that their safety is guaranteed, trust in Kosovo’s institutions seems to have faded.

“When we see the police we have mixed feelings,” Nermina said. “We feel protected, but also scared that something like March 29 could be repeated.”

*The name Nermina in this article has been changed.