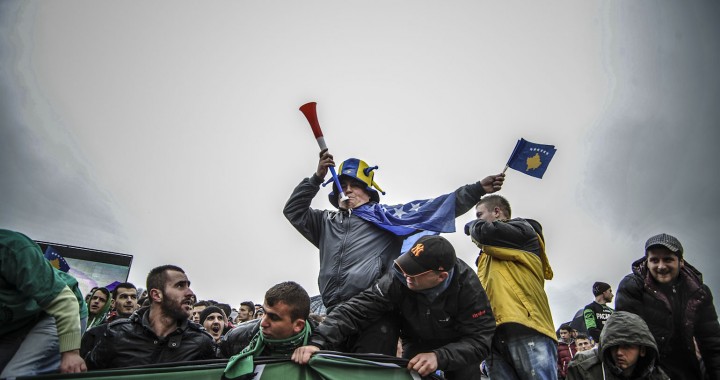 As the festive mood withers away in the weeks to come, it is essential that Kosovo's institutions seize the momentum and initiate reforms that will lay the foundations for a modern sport system in the country.

This month has been an exceptionally good one for Kosovo and its citizens. After a very long delay and a month after the Stabilisation and Association Agreement (SAA) between the European Union and Kosovo entered into force, the European Commission recommended visa liberalisation for Kosovo passport holders for visa-free travel within the Schengen Area. Although this is yet to be approved by the European Council, it represents a major development for the country and its citizens, both practically and symbolically.

Equally important, at least in the long term perspective, was Kosovo’s dramatic breakthrough in European and World Football associations, UEFA and FIFA respectively. On 3 May, the Football Federation of Kosovo (FFK) was admitted as the 55th member of UEFA with 28 votes in favour, 24 against and two invalid votes, at the 40th Ordinary UEFA Congress in Budapest. This brought a quarter of a century of international isolation of Kosovo football to an end and at the same time paved the way for admission into FIFA ten days later. With fast-track support from FIFA, Kosovo is expected to begin participating in World Cup qualifying matches in September.

Kosovo’s international breakthrough in sports has a threefold importance. First, as all the sports associations have joined the respective international associations, Kosovo’s sportsmen and sportswomen now have no legal or political barriers to compete on the international stage. Although this is a major achievement in itself, success and glory is not guaranteed. Success in sports requires a comprehensive strategy including infrastructure, funding and development of specialised training programs. With international recognition secured, it is time for Kosovo’s sport policy to be centred on building up a modern national sports system that integrates sports within the education system and develops human and physical infrastructure (building facilities, training coaches and athletes).

Membership in international sports associations, especially in football, opens access to significant direct external funds, as well as investment in infrastructure and training programs for coaches, referees and athletes. Yet, this is not and should not be a substitute for public investments in sports. Kosovo has a solid sporting culture and tradition stemming from socialism, with a proven track record of excellence, especially in individual sports. Kosovo can learn from its past as well as various positive experiences and practices from successful small countries when it comes to sports organisation and funding in order to claim a place among sporting nations of the region and beyond.

Unfortunately, Kosovo institutions have failed to devise and implement a comprehensive strategy and action plan to increase organisation and training capacities of Kosovo’s athletes ahead of the Olympic Games in Rio this year, although Kosovo Olympic Committee was granted membership at the International Olympic Committee (IOC) in late 2014. As a result, bar judo, which has been the most successful sport in international competitions, other sports will most likely fail to make any impact at the Rio Games.

Second, sport remains a central social and political field in which state/national identity is intensively shaped, articulated and represented. As major modern sportive events are festivals of statehood and nationhood, sports’ state-branding capacity internationally has gained immense importance.  In the modern world, sport enables countries to show their prowess and improve their image internationally. Democratic and authoritarian states and governments alike have historically invested in sports to boost international legitimacy and prestige. States’ utilisation of fast-track citizenship as a means of attracting talented individuals, who will boost national glory and a country’s stature with their athletic prowess, is not surprising.

International affirmation through sport is altogether more important for Kosovo as a state with contested statehood and limited international subjectivity. Kosovo’s most successful sportswomen, Majlinda Kelmendi and Nora Gjakova, not only made history by winning major international competitions in judo, but played a key role in promoting the new Kosovar state and symbols internationally, as well securing recognitions for Kosovo’s passports in states where this had been previously impossible. Majlinda’s European title in Kazan (Russia) earlier this month represents a major moment in Kosovo’ struggle for symbolic representation internationally, especially in the part of the world that contests its independence. For the first time ever, the flag of Kosovo was raised alongside the Russian and French flags with Russian soldiers saluting them.

Third, internationalisation of sport in Kosovo can have a wider impact when it comes to social, as well as inter-ethnic integration and reconciliation. Since the end of the war in 1999, Kosovo institutions, as well as international ones, have failed to utilise sport to promote wider social development and peace-building across different ethnic communities. Serb sport clubs in Kosovo are still affiliated to Serbian sport federations and compete in Serbian rather than in the Kosovo sport system. In the past, a handful of Serb teams have attempted engagement with Kosovo’s sport system, only to find it difficult to cope with immense pressures from Serbia’s institutions and local Serbs to cut these links.

Effective integration of non-Albanian athletes and sports teams into the sporting activities and life in Kosovo will, in the longer run, have a positive impact on symbolic identification and participation of minority communities within the wider society. The incentive of international competition following the internationalisation of Kosovo sports provides an important opportunity for the Kosovo sports association and institutions to facilitate integration of minority teams and athletes.

As the festive mood withers away in the weeks to come, it is essential that Kosovo’s institutions seize the momentum and initiate reforms that will set the foundation of a modern sport system in the country that in turn will promote social development internally and the country’s image externally. Whereas in the years to come Kosovo will most certainly rely on international talent of Kosovo origin for representation abroad (especially in football), in the longer run, the key challenge is to identify, nourish and develop local talents across the sportive disciplines.