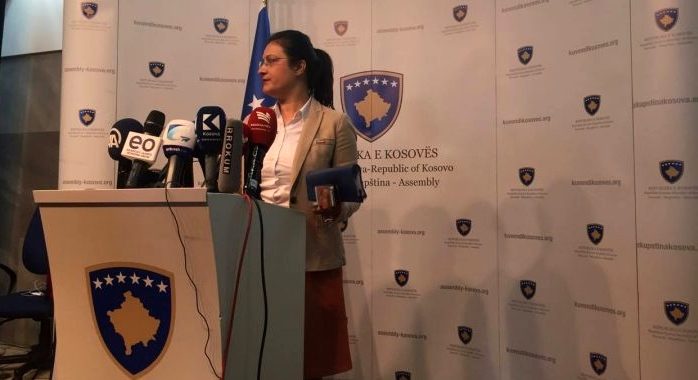 Opposition party NISMA initiated a bid to oust the government of Isa Mustafa, which will go to a vote in the Assembly on Wednesday.

Opposition parties led by the Initiative for the Future of Kosovo, NISMA, have submitted a no-confidence motion in the government, which will go to a vote on Wednesday.

On Friday, 42 MPs signed the request to vote on the ousting of the current governing coalition led by Isa Mustafa.

“We have over 42 signatures and thank the signatories, but we hope others will also be present in parliament for the vote,” said Valdete Bajrami, the head of NISMA’s parliamentary group.

In addition to collecting signatures from other opposition parties, NISMA’s motion was signed by four MPS from the ruling Democratic Party of Kosovo, PDK:  Nait Hasani, Shukri Buja, Rafet Rama, and Raif Qela.

Speaker of the Kosovo Assembly Kadri Veseli said that he is dissatisfied with the current situation that the country is in.

“The situation in Kosovo is not as it should be, it is not satisfactory, and even I, like the citizens, am not satisfied,” Veseli said.

In a press conference,  Ismet Beqiri, Chief of the Kosovo Democratic League, LDK, said that no one can deny the positive results of the government led by Isa Mustafa.

“In difficult circumstances with big hurdles within and outside the government and Assembly, Kosovo has achieved the largest economic growth in the region. The opposition or someone else might not like this, but this is the reality,” Beqiri said.