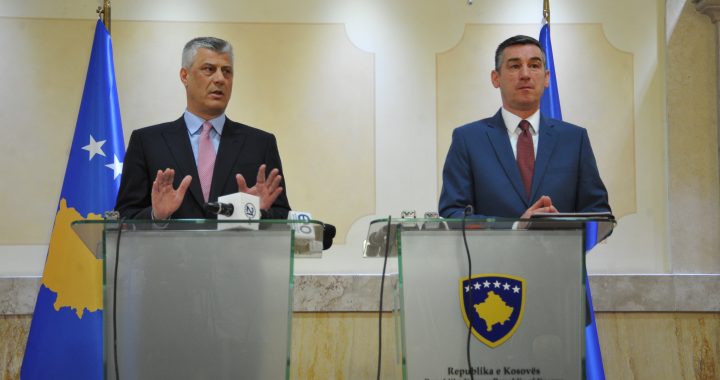 Kosovo's president is mulling ways to bypass a Serb veto on the formation of an army by proposing changes that would broaden the responsibilities of the existing Kosovo Security Force.

Kosovo’s President is planning to establish a regular army for the country by amending the current Law on the Kosovo Security Force, KSF, extending its powers and responsibilities.

A change to the competencies of the existing KSF would circumvent the need to win Kosovo Serb MPs’ approval for the formation of a regular army.

MPs from Srpska Lista, the Serbian party, which is loyal to Belgrade, are wholly against Kosovo having a regular army.

Although the proposal is expected to be debated this week, parties in the Kosovo Assembly told BIRN on Monday they had not yet received a proposal from President Hashim Thaci.

“I am aware that the President’s Office and the KSF Ministry are working on the proposal but I have no other information,” Zenun Pajaziti, MP and caucus chief for the Democratic Party of Kosovo, PDK, said.

According to the government, the new law will not transform the KSF but only its mission, which is currently limited to conducting crisis response and civil protection operations and assisting the civil authorities in responding to natural disasters and other emergencies.

The new law will broaden the KSF’s mission into the “protection of the sovereignty of Kosovo,” according to the media.

Speaking at a KSF parade on Sunday, Thaci said that he intended to take the Law on KSF to parliament with proposals that would see it equipped with more responsibilities over national defense and security.

“As Kosovo citizens expect, the Kosovo Security Force within the new law will have a mission to protect Kosovo’s sovereignty and territorial integrity, its citizens, the property and interests of the Republic of Kosovo, and contribute to peace and stability in the region and the world,” Thaci said.