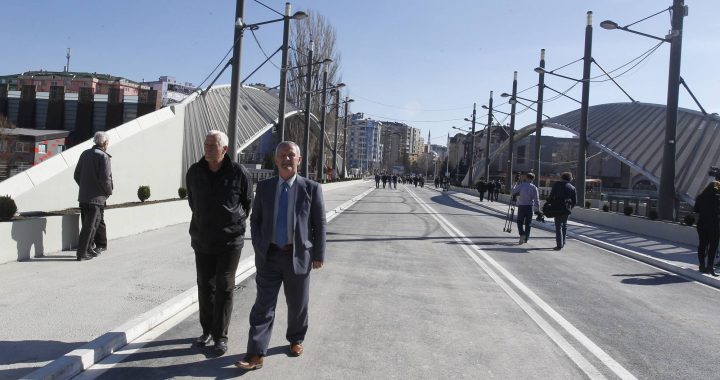 Kosovo Serbs will vote – but will it matter?

The ballots from northern Kosovo won’t change the final results in Serbia’s presidential elections, but people will vote because at least for a day, we can belong.

Presidential elections in Serbia in 2017 – we knew that they were coming, the campaign has been going on for a long time, we were waiting only for a date and the candidates. Officially, the first round of elections will be held on April 2. If there is a second round it will be held on April 16. It is a strange coincidence that this date aligns exactly with Easter celebrations. While for days the Serbian government leaders deliberated about the dates, they somehow miraculously decided on this one. Exactly the date when people would prefer to stay at home, or to go on a trip with their families… anything but going to vote. The logical conclusion is probably that someone benefits from a smaller turnout. But, this is certainly a topic for another time.

What remains in question is the importance and impact of these elections for the Kosovo Serbs — and the effect Kosovo Serbs can have on the result itself. While Serbian media report on the 90 polling stations confirmed in Kosovo, the OSCE says that it will decide in the coming days whether the vote will take place at all. Despite the fact that the organization of elections has not yet been confirmed, one thing is certain: everyone expects that they will be organized again and that the Serbs in Kosovo will have the chance to participate in choosing the next President of Serbia. This is not a question of loving elections. For Serbs from Kosovo, these elections are a confirmation of belonging. Perhaps the last way for Serbia to tell Kosovo Serbs that, at least for a day, they’re part of the same country.

Looking at the numbers, these votes cannot have a big impact. Organizing elections in Kosovo is not a show of power. Let us recall the parliamentary elections in 2016. The votes from Kosovo alone, and the way they were “incorrectly” filled, initiated a review of ballots. From the moment that votes from Kosovo are not counted at polling stations but in the nearest towns in Serbia, it is clear that there is a problem. That exact the problem surfaced last year when votes from Leposavic were counted. Miraculously, according to the results, the candidate of the opposition from the northernmost municipalities in Kosovo barely even received the support of his own family. This is playing with the free will of the people. We’ll vote if we are allowed to and if they don’t steal our votes is certainly how most Kosovo Serbs are feeling during this pre-election period.

Despite the fact that everyone is aware of what can happen to their votes and that they may not have any impact, there won’t be a low turnout. Again, because it’s a question of belonging and a sense that something can be changed. This raises the following question: can the elections really change anything? In Serbia, maybe they will. In Kosovo, I do not believe so.

Prior to the previous presidential elections, opposition parties promised the termination of negotiations with Prishtina; promised the return of Kosovo to Belgrade’s control; and made promises they never tried to keep and never could have anyway. Today, that former opposition is in power, and Kosovo has never been less a part of Serbia, while Serbs are increasingly becoming integrated into Kosovo institutions. Today, the former opposition sends trains instead of solutions while the president who made all those promises cannot even enter the territory of Kosovo.

And today the ruling party claims that Kosovo Serbs are on their side. The question is, are we? Of course, if they do not steal our votes from us. Unfortunately, I have a feeling that the elections will only bear witness to how many people fear losing their jobs, how much they fear a new war, the spectre of which was raised –and then prevented– by the ruling party, which had promised to protect us when it ran as an opposition party.

While waiting for the opposition clarify their stances on the issue of Kosovo, all of them are focused on just one thing: changing the party in power. And what would happen if indeed there is a change of government? What would that mean for the Serbs in Kosovo? We do not know, yet no one told us anything concrete except reminding us that today’s government has betrayed us in every sense.

Never in a single campaign has Kosovo been less mentioned. Here and there. Sporadically. It has become our reality. And somehow we are already used to this and have accepted it. They use us only to divert attention from some other extremely important topics. Nobody cares. We are waiting for the election to fulfill our civic duty. We are waiting to help in the election of the new president. Of course, if we are allowed to, and if they do not steal our votes.