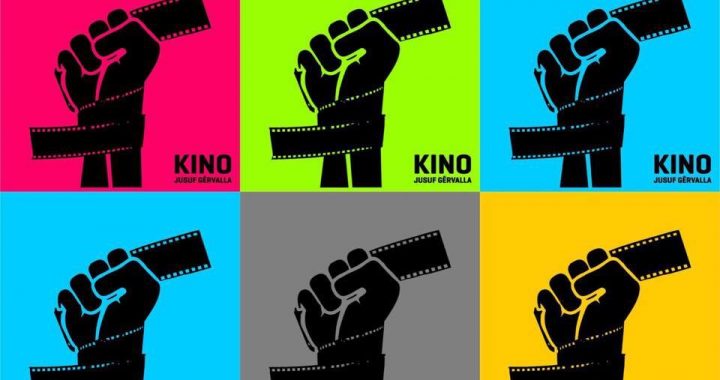 Opposition mounts against the privatization of Peja’s cinema

Activists and citizens are mobilizing to protest the privatization of Peja’s Jusuf Gervalla cinema, demanding its revitalization.

Last Friday, Peja’s Jusuf Gervalla cinema was supposed to host the screening of the Bafta-winning short film Home, but on Wednesday, local NGO Anibar was informed that the cinema building had been put up for liquidation by the Kosovo Privatization Agency, KPA.

“This was a shock for us,” said Vullnet Sanaja, Anibar’s director, who currently manages the property, following a November 2016 agreement between the Peja Municipality and the NGO.

The liquidation of the property began on February 22, following a decision taken by Board of Directors on January 30–though these moves were previously unknown to the municipality or the local managers of the cinema.

Sanaja believes that the KPA’s decision to begin privatization procedures was a mistake.

The Municipality of Peja claims that it is the rightful owner of the building, and as such has leased it to Anibar for the next 15 years. The managing organization, which also organizes the annual animated film festival in the western Kosovo town, has said it would vehemently oppose the privatization of the building.

Engelbert Zefaj, the director for culture, youth and sports department in Peja, told BIRN that the municipality has all the evidence of its ownership over the property and the cinema building.

According to these documents, the municipality leased the Jusuf Gervalla cinema to Anibar for the next 15 years.

“After we finished all [procedures of leasing] KPA reacts in this surprising manner and insists on a property that isn’t theirs. Furthermore, they raise a lawsuit and begin judicial proceedings, and then they begin with the liquidation of an asset of the municipality,” declared Zefaj.

Meanwhile, Sanaja insisted that the cinema is an important cultural asset for the Peja community. According to him, the privatization of the cinema should not happen at all.

“This is something that should not occur, because the cinema represents the collective memory of the city and its citizens. This is also a building that served the public for the past 60 years,” said Sanaja.

“As Anibar we’ve been working since 2010 to revitalize the city’s cinema,” he said, explaining that they want to organize year-round activities.

Other Kosovo NGOs and civil society actors have joined the calls against privitization of the Peja cinema.

“I find the attempt ridiculous, and I want to think it’s an administrative mistake or some sort of misunderstanding. Otherwise provocations like this are welcome, as they will unite the independent scene and civil society to save a cinema once again,” said Ares Shporta of the The Lumbardhi Foundation, which was created to fight the privatization of Prizren’s historic Lumbardhi Theater.

Over 50 organizations mobilized to halt the privatization process of the Prizren theater and managed to put the building on the temporary list of cultural heritage.

“My belief is that Anibar will come stronger out of this and that in the end this will quicken up the process of Kino Jusuf Gervalla’s revitalization,” said Shporta.

The cinema in Peja was a protected cultural heritage site even before Lumbardhi. Nevertheless, the cinema appears on the KPA’s liquidation list and “until it is removed from there, it is not safe,” said Sanaja.

Sanaja also warns that there will be a petition from Peja residents and civil society, addressed to national institutions opposing the privatization of Peja’s cinema.

“We want to return the cinema to the city,” explained Sanaja. Last night, the organization began a social media campaign, providing users with pop-art inspired photos to protest the cinema’s privatization.

Hours after the post was made, hundreds of people joined in demanding #kinoperqytetin ( a cinema for the city).

“We will continue this campaign until the cinema is removed from the [KPA’s] list, until it is revitalized as a cultural center for the city of Peja,” said Sanaja.