Teacher Xhyle Hoti Korpuzi has brought her community contribution to another level by taking over the post of village leader in a small village of Kosovo’s Lipjan/Ljipjane municipality.

As Xhyle Hoti Korpuzi comes closer to her retirement age, it is not the time for her to think about relaxing.

In her 60, the teacher of Physical and Sports Education at Shale/Sedlare village school, Xhyle has 40 years of experience educating younger generations.

But in November 2022, she added another duty to her shoulders as she took over another challenge when elected village leader, not a usual job for a woman in a society dominated by men.

Xhyla Hoti Korpuzi, has been engaged in various activities for 37 years through which she reveals her contribution and representation in society.

She recalls her first community engagement back in 1980s as head of Youth League at her birth village of Ribar i Madh, then leader of students at Prishtina University dormitory but her first important role comes after the war when in 2002 she was elected member of Lipjan/Lipljan Municipal Assembly.

As Hoti Korpuzi vividly remembers the moment when she was chosen the head of the village, she describes that happiness was one of the main emotions of that day, however, she claims that she was also surprised by this result.

“I expected the election as the village leader extremely well when I knew that all my students and even the oldest parents unanimously supported me,” Xhyle told BIRN.

“It was quite a surprise for me since there were around 50 candidates for the post and in the end running alone was an important task for which I will try my best to give my contribution,” she added.

On the other hand, Izet Shala, director of the “Ibrahim Banushi” primary school in Shale/Sedlare, expresses his happiness that the first female mayor in this village is a teacher in the educational institution he heads.

“For me it’s a good feeling because her hard work has shown its results and has made the worker of our school a mayor of Shale village. I’m positive that teacher Xhyle will succeed in the tasks she has in front of her,” he says.

“Working in a village with 600 houses and 2500 inhabitants is not an easy task, but teacher Xhyle has the potential to succeed,” he added.

Trimor Shamolli was among the villagers who participated in the election of the village mayor in this mandate. 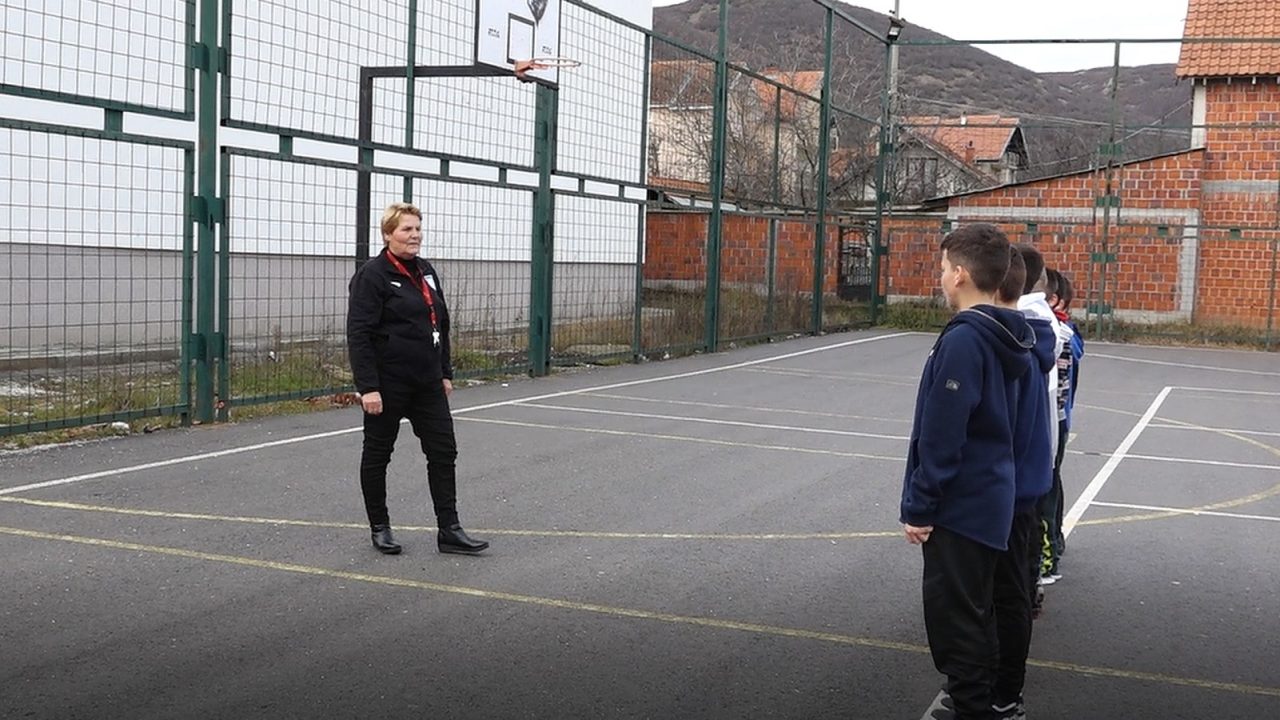 “Initially, the announcement was made on the official website of the municipality. Then the inhabitants of the village gathered, we were quite interested, and a large number of us participated. So first, we chose the neighborhood representatives, from each neighborhood we chose one representative,” he said, while he began to explain how the concil is selected.

“Anyone has the right to represent someone as a member of the council, thus, at that time there were 11 members of the council who were deemed to be the best by the village”.

“Then the candidacy was of the teacher Xhyle. I liked this very much, I have been her student earlier, I know her activity. That’s why I didn’t hesitate to vote for teacher Xhyle, moreover, it was a pleasure for me to vote for her,” Shamolli says.

The former student of Hoti Korpuzi says that he is delighted that his former teacher was chosen to be the mayor of the village. Furthermore, he states that women should not hesitate to run for such positions.

In addition to representing the village, listening to residents’ complaints and requests and keeping records of the situation in the villagers’ families are among the main responsibilities of the village representative.

Besides serving the village community, Hoti Korpuzi hopes that her work could positively reflect to other women in the village to engage more in the society.

“Any educated woman is obliged to give her contribution not only within the family, but also in the society, to the benefits of community because the society needs women’s contribution,” Xhyle Hoti said.

“The time has come to move forward and be united. Women should do it,” she concluded.

by Xhorxhina Bami
Next: Analysis