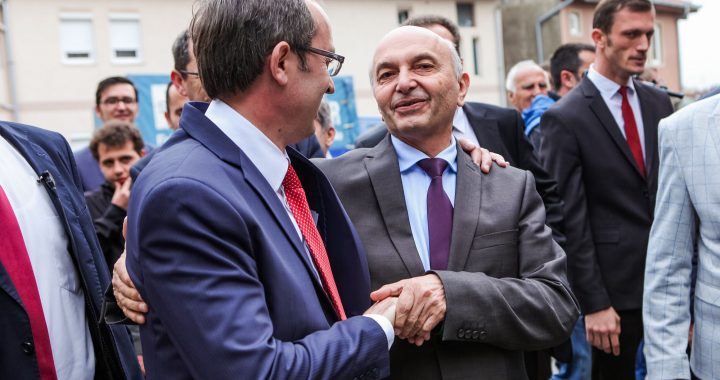 A multi-party coalition with a thin majority led by the party that took second place in the elections will have a tough time dealing with the economic fallout from COVID-19 and the restart of the Kosovo-Serbia dialogue.

Following the parliament’s approval of a new Kosovo Government today, here are a few thoughts on its fate. It will be led by the Democratic League of Kosovo, LDK and command a narrow majority involving several minority parties, as well as several smaller parties that were in the opposition during the short life of the Vetevendosje/LDK coalition.

The main purpose of this government is to get the country as safely as possible through the COVID-19 epidemic, deal with the negative economic fallout and respond to the Americans and Europeans, who are demanding re-initiation of the stalled dialogue between Prishtina and Belgrade.

This is a formidable agenda, though Kosovo appears to have escaped the worst of the COVID-19 pandemic. Even a strong, single party majority government (with the required minority participation) would have a difficult time meeting such requirements. A multi-party coalition with a thin majority led by the second-place finisher in the last election is going to have a much harder time. Having Vetevendosje in opposition will make life even more difficult for the new government, both in parliament and among the public.

The election of the government has empowered the president relative to the government. His machinations with the Americans led to the vote of no confidence against Albin Kurti’s short-lived rule. The president will now claim the lead role in the talks with Belgrade that Kurti tried to deny him – Thaci surely has no interest in taking the lead on COVID-19 responses or the economy.

LDK has most likely promised that they will not contest Thaci’s leadership in the talks with Belgrade as their price for being allowed to lead the executive. The Americans will support him, because they have him over a barrel and willing to do just about anything to avoid indictment by the Special Prosecutor’s Office in The Hague. Never mind that both the Constitutional Court and the Assembly have said that talks with Belgrade should be the responsibility of the government, not the president.

Richard Grenell, the US envoy for the Serbia/Kosovo talks, claims he is only interested in improving economic relations between Belgrade and Prishtina, not land swaps as I and others have claimed. This is not a credible smokescreen. No economic agreement would make the grade. He needs territorial exchange not only for its own sake, as it reaffirms the ethnic nationalist principles of the Trump administration, but also because he thinks it can be sold as a big plus for peace and stability in the Balkans, settling an issue neither Clinton could resolve.

That is not true: it will settle nothing. A land swap will sooner or later result in instability in Serbia, Kosovo, Bosnia and Herzegovina, and possibly North Macedonia. It will also strengthen Russian President Vladimir Putin’s hold over Georgia, Moldova, and Ukraine. But whatever is agreed upon doesn’t need to last forever – just until the November 3 elections in the United States.

The civil aviation agreement Grenell claims to have negotiated has already evaporated, without anyone noticing. The fact that it is unlikely that the Kosovo and Serbian parliaments would refuse to adopt a land swap agreement, and that any referendum on such an issue would fail,  won’t matter after the US election. The damage will have been done: wherever the new borders are to be drawn, people will be moving – some voluntarily and some involuntarily – to the “right” side for their own ethnic group. Those who don’t move will be chased out.

I see this new government – with apologies to Avdullah Hoti – as ill-fated. It will try to pave the way to a deal that Kosovars, Americans, and Europeans will regret. The only winners will be Putin and his minions, as well as Serbian President Aleksandar Vucic. By now, even President Thaci should be having his doubts.

Daniel Serwer is an expert in Balkan affairs and a professor at John Hopkins University.