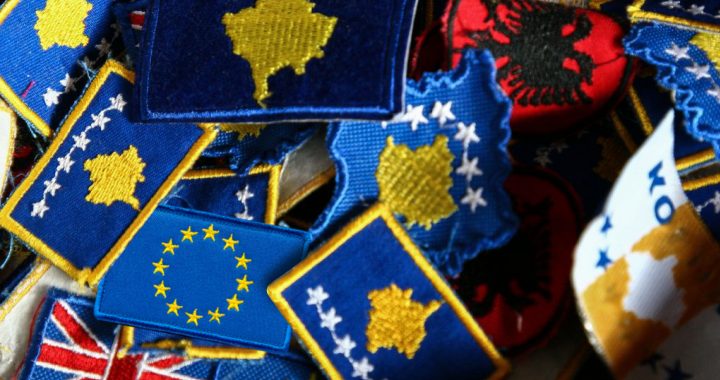 Sunday’s electoral earthquake must also translate into a reimagining of Kosovo’s approach to foreign affairs, one that enables the country to truly behave like a sovereign, independent state.

On Sunday, Vetevendosje won Kosovo’s latest parliamentary election in a landslide, in part on a ticket of socio-economic and political justice, and in part as a result of citizens’ dissatisfaction with previous governments’ poor performances.

The party focussed its election campaign domestically, and made only modest promises on foreign policy. In its election manifesto, the party made commitments to pursue an active, innovative, and principled foreign policy and signalled its willingness to retain strategic relations with Albania, the US, the EU, and the UK.

In regard to the European Union, Vetevendosje focused on the need to reach standards required for EU membership through education and development assistance, and pledged to restore the Ministry of European Integration. As for Albania, there is a brief reference to joint economic and political cooperation mechanisms, including on foreign policy and national security.

However, the party did not make any reference in its manifesto to the dialogue with Serbia, nor the country’s struggle to consolidate its international subjectivity by expanding diplomatic ties and access to international organizations. Essentially, Vetevendosje’s election manifesto outlined a niche and minimal foreign policy. To help flesh this out, here is my wish list for what an active, innovative and principled foreign policy should include.

First and foremost, the next Kosovo Government’s policy on foreign affairs should enable the country to start acting like a sovereign and independent state. This means changing the custodian and vassal relationships that Kosovo has developed towards its Western partners and allies, and pursuing a more multifaceted foreign policy.

Ultimately, when countries recognized Kosovo they recognized it as a sovereign and independent state, and not as a territorial extension of great powers or other regional forces. The time is now ripe to develop a distinct and niche foreign policy, which reflects Kosovo’s own interests and values.

It can be anticipated that Kosovo’s relationship with Albania might deepen in the coming years, as it seems that the more isolated Kosovo is internationally, the higher the desire for some sort of neofunctionalist unification. However, as with other countries, cooperation with Albania should be pursued on the grounds of mutual respect and not create new and unequal hierarchical relations between the two.

As for Serbia, the next government should not oppose the dialogue for normalization of relations entirely. But it should insist, as it has promised, to pursue it based on a detailed, structured, and transparent plan which promotes and protects Kosovo’s vital interests, and addresses many of the unresolved legacies from the past which have been so far ignored by the EU and past representatives.

Kosovo should seek Serbia’s recognition, but it should not be obsessed by it. First, Kosovo should demand from Serbia respect, non-aggressive conduct and an absence of interference in Kosovo’s internal affairs. It should also seek respect for Serbia’s ethnic Albanian minority, whose rights are systematically ignored by Belgrade.

Ultimately, mutual recognition must be a by-product of principled and constructive talks to resolve outstanding issues, which currently remains unattainable due to incompatible goals.

Kosovo’s next government should also continue the pursuit of reciprocal economic and trade relations with Serbia, and the principle of reciprocity should be built into all aspects of its new sovereignist yet interdependent foreign policy.

Kosovo needs to be treated as an equal member of the international community and not as a site for international experimentation and a never-ending norm-taker that satisfies the desire of other states to endlessly govern others.

For example, there are sufficient grounds within Title II of the Stabilization and Association Agreement between the EU and Kosovo to conduct a political dialogue on issues of mutual interests and on equal footing. This hasn’t happened so far, but it doesn’t mean it shouldn’t be utilised in the future.

Kosovo should no longer accept the EU’s excuses to endlessly delay visa liberalization and must make it clear to the EU that its biased, unfair, and unjust policies towards Kosovo are no longer acceptable.

If the EU wants to be taken seriously, it must develop a unified stance towards Kosovo, and ensure that all its members recognize Kosovo. Otherwise, the time is now ripe to search for alternatives to EU membership and open up to other possibilities that first and foremost preserve the dignity and rights of Kosovo citizens, and not allow them to be treated as regional leftovers.

The same is true for the US. Kosovo should insist that the US take a leading role and work with the remaining four NATO member states to change their position on Kosovo and accept the country as an independent state and future NATO member, as well as lobby the EU on behalf of Kosovo for visa liberalization.

If Kosovo were to join NATO, which the Biden Administration can deliver if it wants, then this would be a game-changer for Russia’s destabilizing efforts and China’s divisive policies in the region. Kosovo could even live without UN membership for a while.

Beyond its existing partners, Kosovo must also develop a niche foreign policy and cultivate bilateral cooperation with other non-western countries that have recognized Kosovo. It should establish an agency for international cooperation and retain relations with countries in Africa, Latin America, Asia, the Middle East, and the Pacific through non-financial humanitarian and development assistance and cooperation.

This would preserve existing diplomatic recognitions and prevent the derecognitions that have occurred in the past three years, as well as help Kosovo’s efforts to join international organizations.

Dr Gëzim Visoka is Associate Professor of Peace and Conflict Studies at Dublin City University, Ireland. He is lead editor of Routledge Handbook of State Recognition and author of forthcoming book ‘The Derecognition of States’ under contract with the University of Michigan Press.