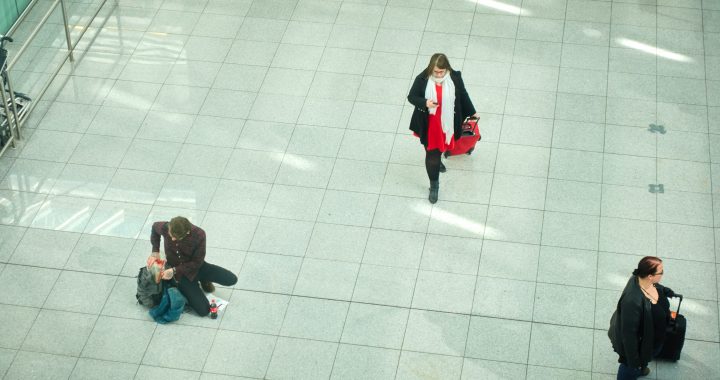 The many powers of the diaspora

Does emigration hurt a developing country? Would Kosovo be better or worse off politically and economically if approximately 700 thousand Kosovars never left?

Last Friday, the short movie Tisa was shown during the Prishtina Film Festival. The film deals with the attempts of Kosovars to gain access to European countries. In an attempt to cross from Serbia to Hungary, and then to the other countries of the European Union, 16 Kosovars lost their lives in the cold waters of the Tisa River. Dozens of others who had walked both before and after them also lost their lives in other attempts to cross borders illegally.

Kosovars’ path towards European countries opened in the 1960s, when the rapid economic growth in Europe created a need for workers from developing countries. This path began to close by the end of the ‘80s, when many citizens of the former Yugoslavia began to emigrate en masse because of political persecution and wars in their home country. Over 55 per cent of the Kosovo diaspora emigrated between 1990 and 1999.

Today, the Kosovo diaspora consists of around 700 thousand people, 381 thousand of which were born in Kosovo, whereas the other 300 thousand were born abroad. The Ministry of Diaspora managed to register 400 thousand individuals, a process that is still ongoing and is likely to continue in the years to follow.

It is a known fact that Kosovo’s diaspora sends back an average of 750 million euros annually  in remittances. According to the World Bank, over half of this sum arrives through unofficial channels, outside of banking systems, which means that income coming from the diaspora is significantly higher than the official data. In the introduction of “The Preliminary Results of the Diaspora Registration,” published in June of this year, the Minister of Diaspora, Valon Murati, stated that the yearly income from the diaspora is approximately 1.5 billion euros.

Remittances are one of the most important contributors to Kosovo’s economy. They represent about 10 per cent of the income and contribute to 16 per cent of the GDP. According to UNDP, around 25 per cent, or 80 thousand, of Kosovo families receive income from remittances. Families that receive remittances have a higher income compared to families whose sole income is their wage or some other activity in Kosovo.

But, the diaspora’s influence goes beyond remittances and financing their families’ economic consumption in Kosovo. Beside the economic help, the diaspora affects the political process, education, the integration of Kosovo society with other countries, and in the founding of civic initiatives.

According to Mr. Murati, the diaspora played an important role throughout Kosovo’s history, especially during the 1990s, when the diaspora was active in fundraising for Kosovo’s liberation war, in lobbying Western governments, and even by directly participating in the war. The diaspora’s political influences are still present, even though in a reduced capacity. In the June 11, 2017 parliamentary elections, people from the diaspora voted in higher numbers compared to prior elections. Beside voting via mail, a considerable number of people from the diaspora came to Kosovo to vote in person. More than 70 per cent of those votes went to political parties that have not been in power in the past several years.

Beside the direct participation in voting, international studies have shown that the diaspora also has an effect on how families vote. During the presidential election campaign in Senegal, researchers monitored phone calls of the Senegalese diaspora in the US and France to their relatives in Senegal. The Senegalese diaspora appealed to their relatives to register to vote. Furthermore, in half of the monitored conversations, the diaspora appealed to their families to cast their votes for the opposition candidates. In a different study regarding the political influence of diaspora in Cape Verde, researchers found that families that had at least one emigrant relative were more likely to advocate for political change.

Even though there is no research that measures how the diaspora impacts the political attitudes and voting practices of their relatives in Kosovo, considering that 93 per cent of Kosovo’s diaspora lives in countries with consolidated systems of democracy and social justice, it can be said that their tolerance towards negative political, social, and economic phenomena should be lower than their relatives living in Kosovo, 99 per cent of whom did not visit a European or North American country within the last three years. By living in a country that is developed and with a healthy political culture, the members of the diaspora see how a place that is properly governed functions and then they compare it with the governing of their countries of origin. This therefore results in different forms of pressure to advocate for change. In a last month’s story from Kosovo 2.0, Dafina Halili offers a great analysis of diaspora engagement for a functional democracy in Kosovo.

In addition to remittances and political influence, diaspora is one of the greatest contributors to the organizing of civic activism. The Sunday issue of the Swiss newspaper Neue Zürcher Zeitung, dated August 17, 2014, reports on the civic engagement of diaspora from Stublla e Eperme, in Kosovo’s Vitia Municipality. In June of this year, a similar story was also published by the newspaper Tages Anzeiger about another one of Vitia’s villages — Smira.

In a research project about civic engagement throughout different localities in Kosovo, GAP Institute found that in almost all of the six selected localities, diaspora was the main driving force for civic engagement, where in addition to financial help, they also contributed with ideas and tangible practical engagement. The diaspora of the villages Koretin, Smire, Stubell e Eperme, and Doberqan contribute to the maintenance of public spaces, public lighting, construction of homes for families in need, the extension of the water supply and sewage systems, as well as in organizing sports and cultural activities.

According to the preliminary results from diaspora registration, 0.74 per cent of the emigrants have their own businesses in the countries where they reside. The majority of these businesses are located in Germany and Switzerland. Diaspora from Gjakova has the greatest number of businesses in comparison to diaspora from other municipalities. Beside this, by providing different kinds of assistance, the diaspora has helped many Kosovars find temporary jobs throughout Europe. This has contributed to an increase in work expertise and an improvement in the work culture, which people then utilize upon their return to Kosovo.

For 17 years, the diaspora was one of the main catalysts for construction companies in Kosovo. According to data from the Central Bank of Kosovo, BQK, regarding direct foreign investments until April 2017, the greatest part of these investments involves real estate and construction, which come mainly from Germany and Switzerland. Ironically, even though diaspora is among the greatest investors in real estate in Kosovo, according to the diaspora register, more than 70 per cent of diaspora families rent their living quarters.

If the diaspora  sends about 750 million euros in cash each year, the amount of non-financial help that the diaspora sends in the form of shipments in goods could be almost of the same amount. Almost every member of the 80 thousand families who have at least one family member in the diaspora is provided with the latest model of a cell phone, computer, or a car.

According to the latest report from the Regulatory Authority of Electronic and Postal Communications, ARKEP, Kosovo has a higher number of cell phone users than its population, and the cell phone penetration in Kosovo is over 109 per cent. During the summer months, over two million cellphone users are registered.

Similarly, the need for communication with family members in the diaspora resulted in a great number of Kosovo families owning at least one computer or an internet connection. According to ARKEP, in the first quarter of 2017, the penetration of internet services per home was at 83 per cent. The internet is spread equally both in cities and villages. According to the data collected by Hallakate, a company specializing in the creation, managing, and development of Internet presence for their clients, there are over a million active Facebook users and about 600 thousand Instagram users. One million users access Internet via their cell phones. According to Valon Canhasi, the founder of Hallakate, the distribution of the Internet and cell phones has to do more with global trends in technology development and with the fact that Kosovo’s infrastructure was destroyed during the war, therefore it was easier to transition to more advanced technologies. Nonetheless, shipments of cellphones and computers from the diaspora, as well as the need for communication, contributed to the boost and the financing of the abovementioned distribution.

Naturally, there are negative sides (of the coin) for all of the above mentioned things. Diaspora’s great investments in real estate have resulted in an increase of real estate prices for those who live in Kosovo. In Prishtina alone, over 20 thousand apartments are uninhabited. Remittances have also resulted in an idle attitude among youth and the increase of employment costs. A considerable part of the workforce with expertise in different fields has left the country. The hand-me-down cars gifted by family members in the diaspora have increased the number of old cars in Kosovo, side effects of which include pollution and an increase in the number of traffic accidents.

But, if all factors are taken into account, the diaspora is more of an asset than it is an obstacle in Kosovo’s development. If the 700 thousand people of the diaspora had stayed in Kosovo, then the chances are that Kosovo’s economic and social conditions would be more difficult. For ten years – between 2005-2014 – only 63 thousand new jobs were created. On the other hand, just within one year, from October 2014 until October 2015, around 90 thousand people emigrated from Kosovo.

The future of Kosovo’s diaspora

The emigration of Kosovars has continued after 1999 and this trend is expected to continue, even if Kosovo’s economy experiences a great boost. Paradoxically, as a country’s economy improves, it experiences an increase in emigration. As people’s earnings increase, their conditions become more favorable to finance their travel expenses abroad. The poorer strata of the population wants to emigrate but is faced with expensive fees of illegal migration, whereas the rich don’t have a reason to leave. It is the middle class who have the funds needed to migrate, yet still not enough to live a good life in their countries. Additionally, according to Collier, smaller countries have a higher degree of emigration than larger countries.

According to the 2012 UNDP Remittance survey, around 15 per cent of surveyed heads of household planned to emigrate abroad with their families. Around 70 per cent of those underlined economic conditions as the main reason for this. Even though the country’s economy could benefit from the emigration, a rapid increase in the degree of emigration could backfire for the country’s future. Relaxation of emigration procedures would further encourage departures out of the country. This would make it easier for the members of the diaspora to attract their family members out of Kosovo, rather than continue to send billions of euros here each year.