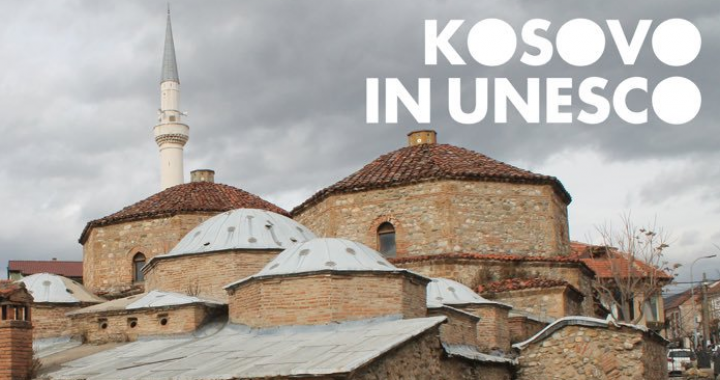 If Kosovo decides to re-apply for UNESCO, the MFA must create a strategy together with relevant professionals and institutions rather than use the campaign for political points.

Two years ago, in November 2015, Kosovo applied for UNESCO membership in an initiative led by then Foreign Minister (and current President) Hashim Thaci. He was actively backed by the then Deputy Foreign Minister Petrit Selimi. In the months prior to the bid, the process was promoted to the Kosovar public as one of the most important diplomatic events for Kosovo since the declaration of independence. The elegantly designed PR campaign was also being promoted as a diplomatic success story before the vote even took place. Ordinary people were personally invested, updating their social media profiles with the slogan, “Kosovo in UNESCO.”

When November 9, the day of the vote, arrived, everyone was glued to their televisions, phones, and laptops to watch the tallying of the results. I vividly remember being elated when New Zealand and the Czech Republic voted yes. Being a former refugee in New Zealand with dual citizenship and having familial ties in Czech Republic, I was happy and kind of relieved.  These two countries that recognised Kosovo’s statehood were consistent in their policies toward Kosovo, and said yes.

Kosovo, however, failed by three votes that year. Abstentions came from some countries that are considered strong allies of Kosovo, such as Japan and Poland. There was also intensive lobbying on the part of Serbia to block Kosovo from joining. What has come out of that failure today in 2017, however, is little but lack of accountability, it seems. No follow-up analyses were undertaken by those involved, and there was no explanation, not only to the public, but also to relevant institutions themselves, about what went wrong. The MFA, which was the main conduit for the process, did not see it fit to inform other relevant institutions about what had happened (such as the Ministry of Youth and Sports, the Academy of Arts and Sciences, the Ministry of Education), and what can and should be done to remedy the results in the future. In its finality, if I may be rather cynical, it felt like the process had been in some sense monopolized, used for political points, and for that devastatingly seductive phenomenon among Kosovar politicians: the harnessing of the cult of the individual. In the face of institutional dysfunction and destitution, the story seems to go, a few individuals will save the day.

UNESCO, on the other hand, is an important organization of the United Nations. It was formed with the aim of preserving and promoting knowledge, culture, and science under the premise that all should benefit from these human achievements. The organization oversees a number of other smaller institutions that fund projects for these three sectors. If Kosovo became a member it would unlock doors to funding for education, cultural heritage, and science, sectors which Kosovo has dire need for funding and support.

Membership in UNESCO, furthermore, would be an affirmative nudge to Kosovo’s statehood on the international arena, and would also shift the discourse vis-a-vis the cultural and scientific heritage of Kosovo itself. As things sit now, Kosovo is actively undermined by Serbia, which does not recognize Kosovo as a state, and claims that the Orthodox Churches belong to it. It argues that the Kosovo government is unable to preserve the Serbian Orthodox heritage, and that it should not be left up to Prishtina to preserve and deal with it. The argument is still largely  based on the events of 2004 when a number of Orthodox churches were burned down by Albanians. Therefore, membership in UNESCO would give Kosovo the upper hand in what it considers important to discuss and bring forth from its heritage. Kosovo has countless archeological sites, old buildings, historical cities, oral heritage, and a rich tradition in letters and in written and spoken verse.

With the current climate, however, in which the discourse is dominated by the political maneuvers of Serbia vis-a-vis Kosovo, one has the impression that Kosovo has nothing else to offer, and that its heritage in architecture, science and letters pales in comparison to its Serbian Orthodox heritage.

It is imperative that this time around, if Kosovo decides to apply for the bid, it applies an inclusive approach to all the relevant institutions, reaches out to professionals, and creates a comprehensive and detailed strategy for the application. Another ad hoc process–mired in ambiguity and shrouded in secrecy, where whispers prevail instead of information-sharing with institutions and NGOs–should not be afforded.

Vesa Sahatciu is a writer and researcher in art history. She studied art history and contemporary art theory at Goldsmiths University and the University of Auckland. For the last couple of years she has been researching high modernism in Kosovo and the Balkans in art and architecture.