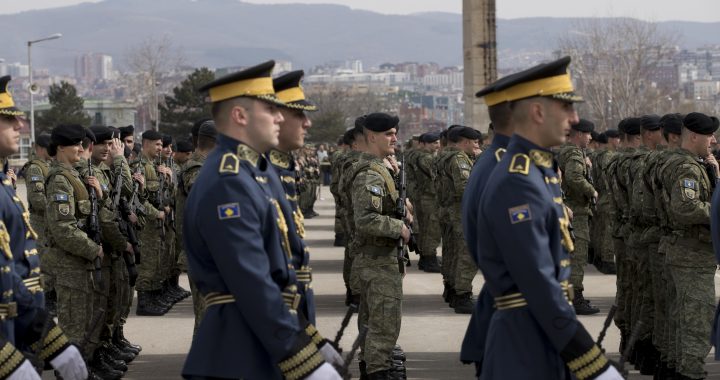 The Ahtisaari Plan should be overcome

Dear Andrea Capussela, I carefully read your advice addressed to Vetevendosje. Let me first say one thing that I do not believe you will take as a compliment. Although, more or less, you hold the same opinion as the rest of the diplomatic class in Kosovo, unlike them, your interpretation is slightly more well-argued and structured than theirs. What is important is that you are not categorical in accepting this arrangement of rules and interests, but rather analyze other possible options. Although you still come to the same conclusion, you do see these options, unlike the rest of Kosovar commentators, who do not dare to see them.

I need to start off from the last part of your opinion. In a way, indirectly, you call Kosovo’s constitution undemocratic, and even call it a farce. If it truly were like this, from the moment of calling a constitution undemocratic, I believe, the whole rationale of rule of law is ruined, considering that a rule is democratic when the rules are set by the majority and followed by everyone (cf. Rousseau). If the laws were like you suggest – undemocratic – we would not be talking about a democracy, but of another social order, and rule of law would be nothing but despotism.

I also want to talk about your insistence that the army cannot be created through a simple change of the law, since the Ahtisaari Plan concludes that the army cannot be created without the agreement of the minorities – i.e. without the agreement of the Serb minority. Firstly, the Ahtisaari Plan was included in the current Kosovo Constitution for opportunistic reasons, because, in fact, it did not bring about what it promised. This anti-democratic structure has failed to ensure the purpose of its creation, meaning Kosovo’s membership in the Security Council and the United Nations. Since political opportunists in Kosovo accepted it as a basis for regulating the Kosovo state even with these limitations, naturally we are obliged to it.

Nevertheless, today the Ahtisaari Plan is dealt with only partially and often in a biased manner. It seems like this Plan is read on only one side of the coin – specifically the one that has to do with the obligations of the Albanian majority. While on its path to statehood Kosovo was limited by the Plan, it almost never enjoyed its potential advantages. Thus we can conclude that this plan is being imposed selectively.

You, like many other commentators who talk about Kosovo, become obsessed with the Ahtisaari Plan when it comes to the limitations in the application of democracy – which first and foremost are limitations on the Albanian majority –  but never want to see that many other events regarding Kosovo that were not stipulated by the Plan nevertheless occur. Many of the agreements reached in Brussels do not comply with the Plan, because they violate the sovereignty of Kosovo. We have never seen the diplomatic corps invoke this Plan when it was being transgressed by Brussels.

Furthermore, the argument that NATO protects Kosovo and thus Kosovo does not need an army, is not, I believe, legitimate or fair. NATO is an organization that is involved in peacekeeping missions, and those missions have a mandate and a time limit. We have seen that NATO did not recognize the Ahtisaari Plan every time it was confronted with security situations in northern Mitrovica.

NATO continues to function exclusively according to the UN Resolution 1244. Although NATO verbally promotes a neutral attitude towards Kosovo’s status, in practice it seems like it implements the 1244 Resolution precisely. Every time important security aspects were discussed (recall the control of airspace), NATO did not consult the Kosovars, but discussed only with Serbia. How can one expect that the Kosovars remain quiet while they see that not even the 1244 Resolution is being overcome?

In reality, although advice like yours declaratively promotes the rule of law, it paradoxically perpetuates judicial insecurity and the lack of rule of law in Kosovo.  So long as a paralegal space is created for a certain community–the Serb community in this case–to be exempted from the Constitution, such advice does not help the rule of law. Today, Kosovo’s Serb-majority municipalities function with a duality of sovereignty, made possible precisely by the 1244 Resolution. The Community of Serb Municipalities ensures this dualism. In the history of modern states, where have you seen municipalities able to organize on the basis of ethnicity in such a way that they have the possibility of subordination in tandem with the kinstate?

Kosovo’s constitution, like you yourself say, is a farce. What happens in the field is not the implementation of the constitution, but a battle for physical control. This is then codified through rules and agreements that are signed by essentially undemocratic authorities in Kosovo, and then turn into a formal-judicial control that only deepens the ethnic divide and does not ensure approximation. Ultimately, this does not help the rule of law.

In other words, while Kosovo is being disintegrated, you talk to us about the conquering of law, specifically about respecting a constitution which you yourself dub a farce. Kosovo politics should not continue to accept the realpolitik coming from Brussels, but rather should change the situation on the ground. The initiative to establish the army is part of those efforts to balance the relative factors in the region.

A few days ago, Serbian Prime Minister Aleksandar Vucic visited Moscow, and when he left Belgrade he said that he will make a request to Putin for an agreement on technical-military cooperation. He even said that he will request a S-300 rocket system. There were opinions in Kosovo saying that this system would not threaten Kosovo, since Kosovo does not have aircrafts, and this system is anti-aircraft. That is true. I also understand that maybe Serbia will never start a war in Kosovo. But, the fact that Serbia, in cooperation with Russia, is turning into a military superpower in the region, renders it more important in the international arena. Considering that Kosovo’s ability to operate as a country is being determined precisely by these relations in the international arena,  Serbia becoming more important militarily also increases the possibility that it will have an impact in this international process of drafting Kosovo’s future as a state.

In other words, treating the army and the relations between different ethnicities in Kosovo only on a technical level – on the level of constitutional principles-  is a trap that will undo the power of Kosovo’s willingness as a society and country to build a functional state that respects everyone.

You know that such treatment, which often stems from advice similar to what you wrote about Vetevendosje, results in Kosovars losing their power and importance regarding decision-making in their own country. Today, these people are so trivial that at every important opportunity, they have to wait until Srpska Lista comes back from Belgrade to make a decision.

I have never witnessed anyone pressuring the Serb entity to halt its current practice of behaving like a nucleus-satellite of Serbia within Kosovo. Ahtisaari’s Plan tried to regulate this relationship between Kosovo and the Serbs. It failed to do so. Why then should Kosovars be obligated to adhere to a set of rules that as of yet have not functioned on any level? Certainly, there is the argument that Kosovo is a creation of the Great Powers and as such it cannot make decisions against the volition of some foreign factors. Yes, this might be true. But, until today, Kosovars have been extremely obedient and unfortunately the respect they get from international actors has been inversely proportional to their obedience. In relation to Serbs, the opposite happens – the international community’s respect is directly proportional to the disobedience of the Serbs.

What do I propose? Many people in Prishtina say that this discussion equates to a hostility towards the West. No. I understand that Kosovo does not have the luxury to confront great international actors. But, if we are talking about a set of rules which have to be respected because they are principles that came from the supporters of the state of Kosovo, we as a society and Vetevendosje as a political factor should insist that these rules, if they are not respected to their full extent, should either be changed or overcome.

This should be a continuous discussion, not an immediate refusal or exclusion. Many exclusions have happened so far in Kosovo and unfortunately the excluded are always the people who seek a holistic approach to the Ahtisaari Plan, unlike the narrow and technical approach practiced so far. The unilateral view towards this plan has so far not ensured a functional state with rule of law. Every time Kosovo invoked the Plan, the lack of rule of law deepened. Maybe the fault lies with the way that we have treated this set of rules, which in fact has functioned like a real constitution.

This article was originally published on Ndryshe.net.