Amid a bomb alert and Serbian nationalist protests, Kosovars and Serbs met in Belgrade to build bridges through art.

The Mirëdita, dobar dan! cultural festival took place in Belgrade from May 25 to 28 amid high alert over Serbian nationalist protests and even bomb threats.

Kosovo’s delegation took about seven hours to arrive in Belgrade – not to hold political negotiations but to join panel debates and cultural-artistic activities between artists and activists of the two countries.

Unlike in previous years, there were no strict police controls, although the Kosovar team arrived under the supervision of the Serbian police.

Outside, small groups of protesters sang Serbian nationalist songs, while the police interrupted the opening ceremony after a false bomb alarm was sent to the Cultural Decontamination Center. A survivor of the Meja Massacre in Kosovo, Lush Krasniqi and a Serb born in Istog, Kosovo, Marinko Djuric, were honored with “Mirëdita, Dobar, dan” prizes.

Krasniqi recalled Belgrade as both a cultural city and a reminder of the exhumed bodies of his two brothers and his uncle from the war in Kosovo.

“As family members who have lost our loved ones, we feel the same here as in Serbia, in Bosnia and in every country where the war took place. Nothing more real comes out than the soul of a victim,” Krasniqi said.

Djurić said it was a human duty to push young people towards such initiatives, aimed at intercultural cooperation. 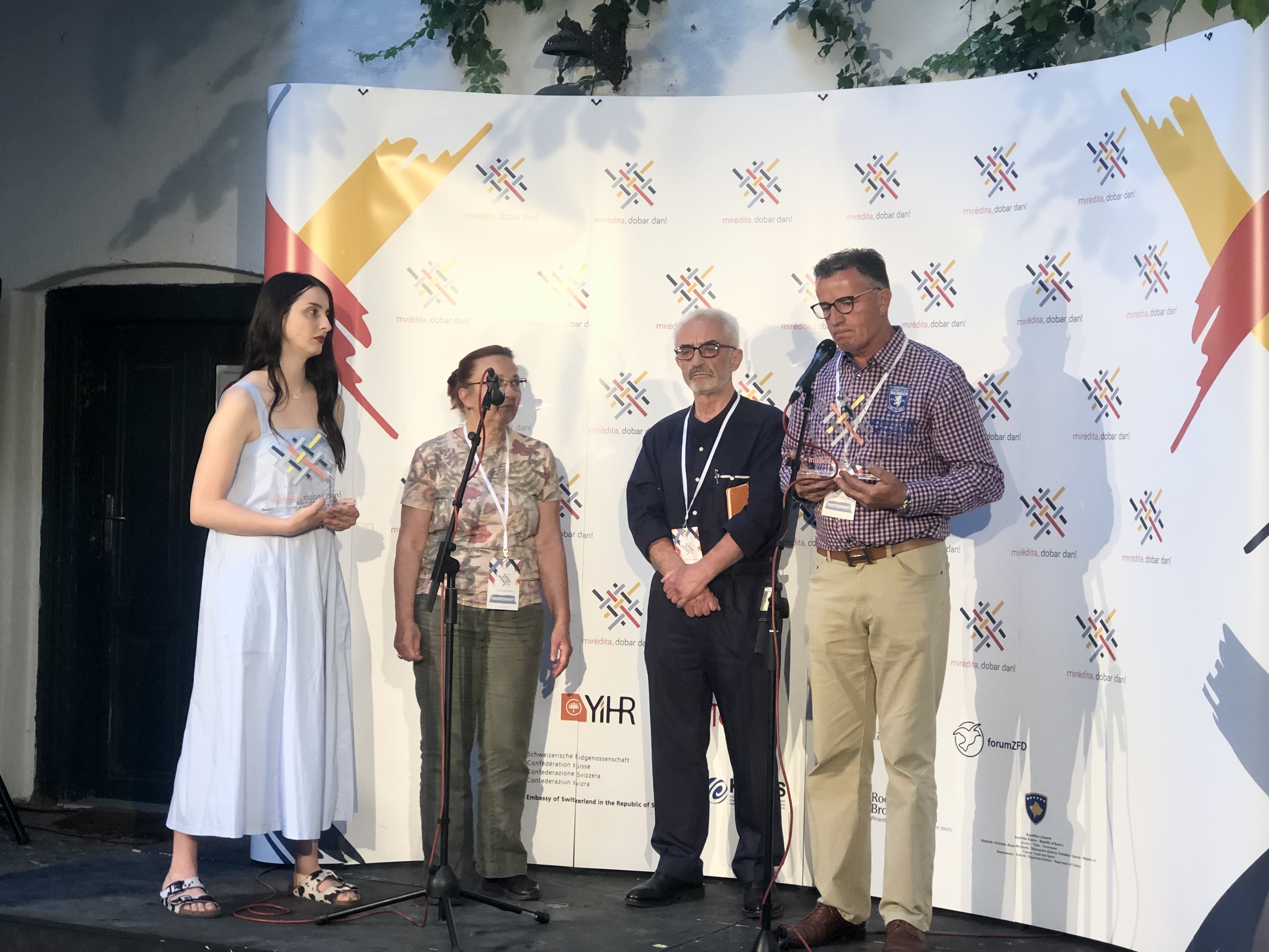 The May 25 to 28 festival, drawing a mixed audience, was followed by a play, a film showing, a book promotion, debates and music in six different private locations.

The Mirëdita, dobar dan festival started in 2014, three years after political negotiations on a lasting peace between Kosovo and Serbia began.

While the two sides have since met nine times in total, sometimes in Belgrade and sometimes in Prishtina, how often the political actors from the two countries have met for dialogue is less clear.

Kushtrim Koliqi, director of Integra, said the festival had arguably done more for cooperation than the mediated state-to-state dialogue.

A lot has happened in the world over those nine years, but little has changed between the relationship and attitudes of the politicians in Serbia and Kosovo, according to him. 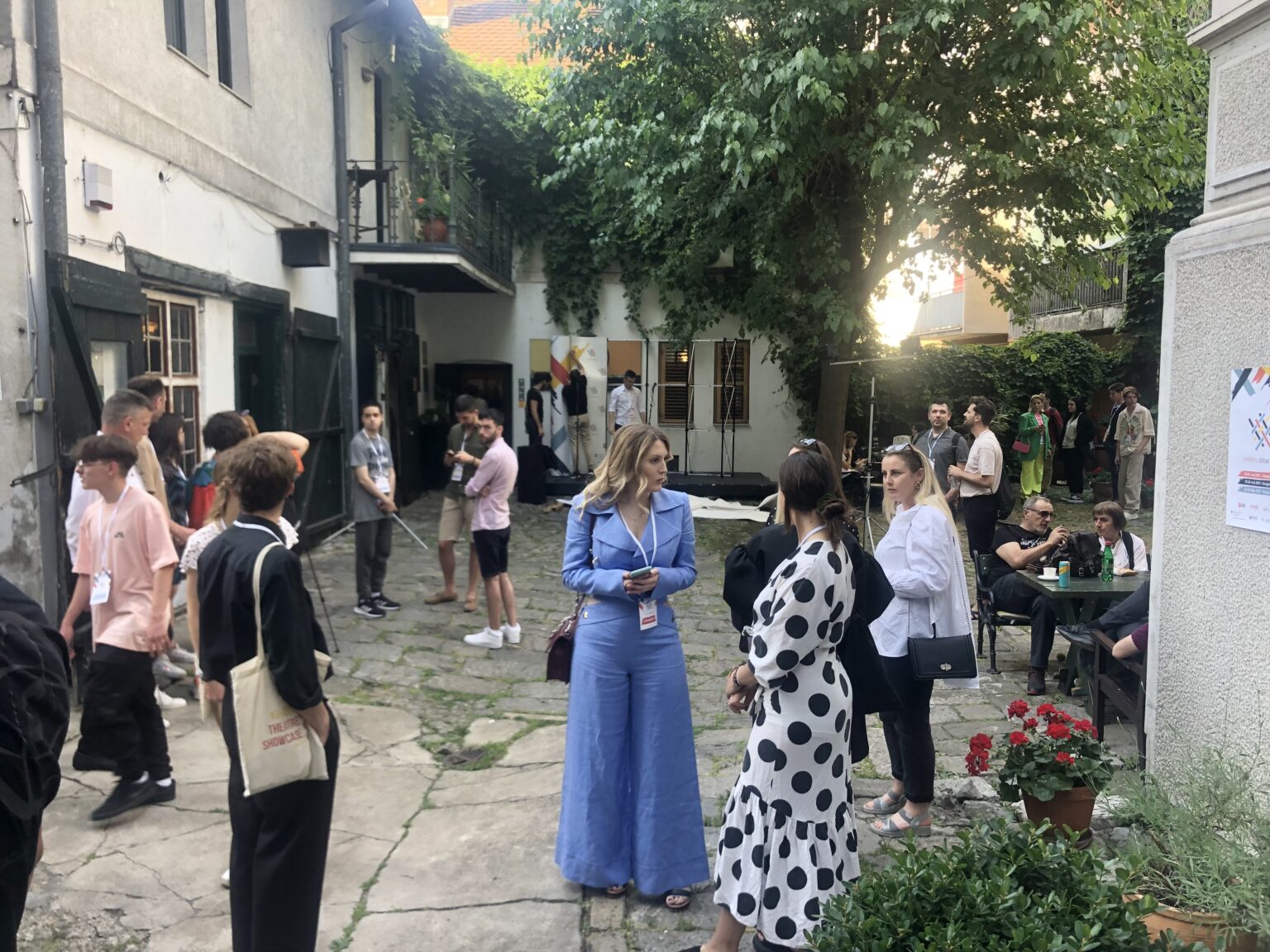 “I am sorry that a significant part of Serbian society is still manipulated and controlled by the system. I feel more sorry for them because in Kosovo we have held the festival three times and there have been no excesses,” he said.

Fiona Jelic, from the Youth Initiative for Human Rights in Serbia, said that while the politicians tend to strengthen the military, societies need to look at each other and talk.

Without changing the political system in Serbia, nothing between the two countries will change, according to Krasniqi.

The Kosovo film Hive (Zgjoi) meanwhile filled the Yugoslav Cinematheque in Belgrade. Interest in the film was great, as was the applause that accompanied the end of the film.

Actress Adriana Matoshi said it was only through art that the infamous experiences of Kosovars before, in, and after the war could be revealed.

“Only with art and culture do we show what we have in our hearts,” Matoshi told the film audience. 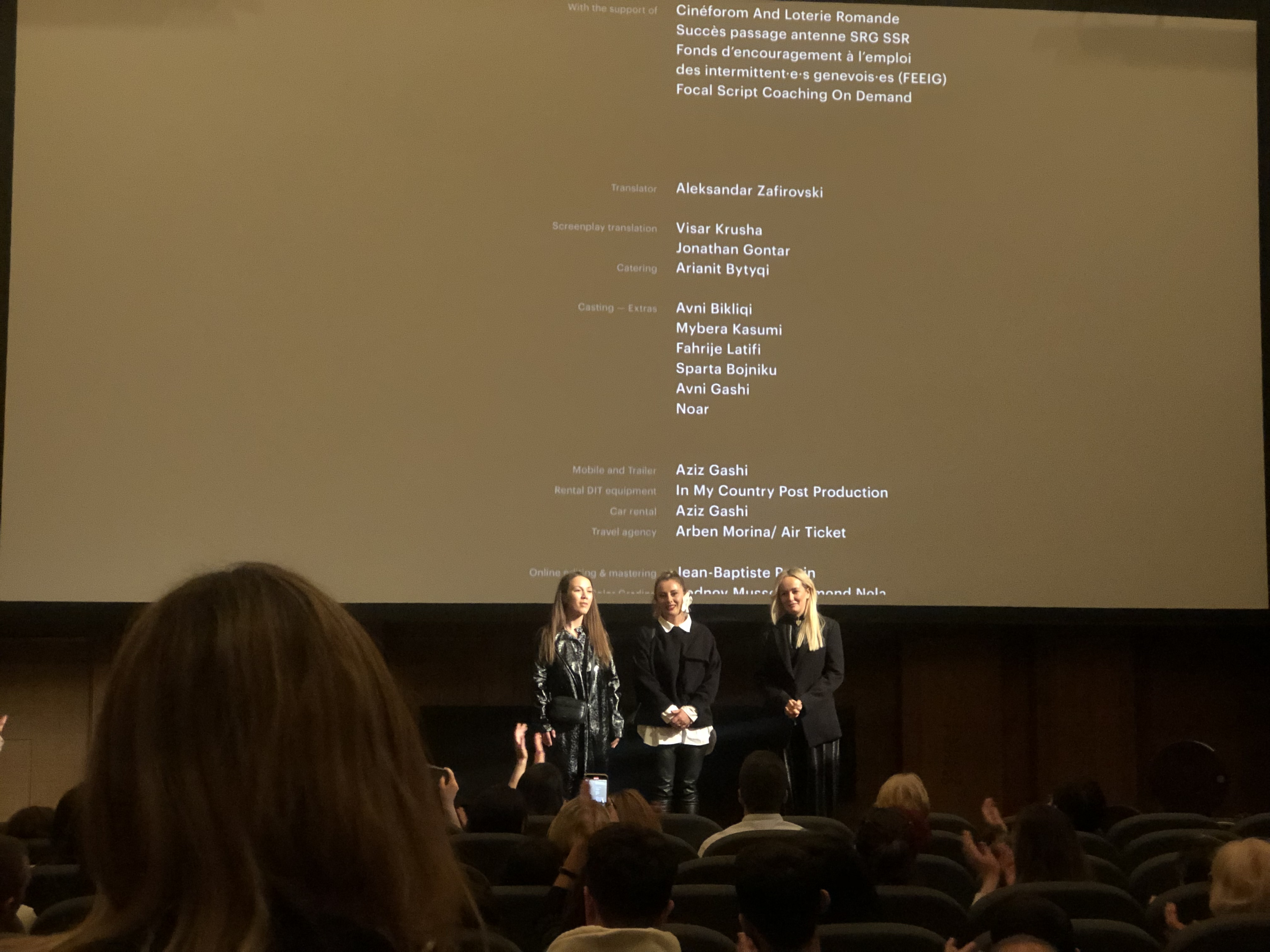 Screening of the film Hive at the Yugoslav Cinematheque in Belgrade, Serbia, 2022. Photo: Antigonë Isufi / BIRN

The movie tells the story of Fahrije Hoti from Krusha e Madhe, the pain she felt for her missing husband from the war in Kosovo and the challenges she faced to become an independent woman.

Serbian actress Branka Petric, wife of Albanian actor Bekim Fehmiu, on leaving the hall, said she felt saddened by the reality that Kosovar women have faced since the war.

“It was a very simple film, but very honest; at the same time very simple and very complicated. If Bekim Fehmiu had been alive and had seen this film, he would have liked it very much,” she said, noting that Kosovo is now producing films that touch the world stage.

The play Stiffler meanwhile drew the applause of the public after presenting a neglected reality in the Western Balkans.

It reveals the experience of Hava, a sex worker who was stabbed with a stiffler knife, encountering institutions that do not care about the pain she suffers from the knife.

Surrounded by moral norms, roles played by actors Adrian Morina and Armend Ismajli, the protagonist, played by Rebeka Qena, is not considered a human being but a whore. 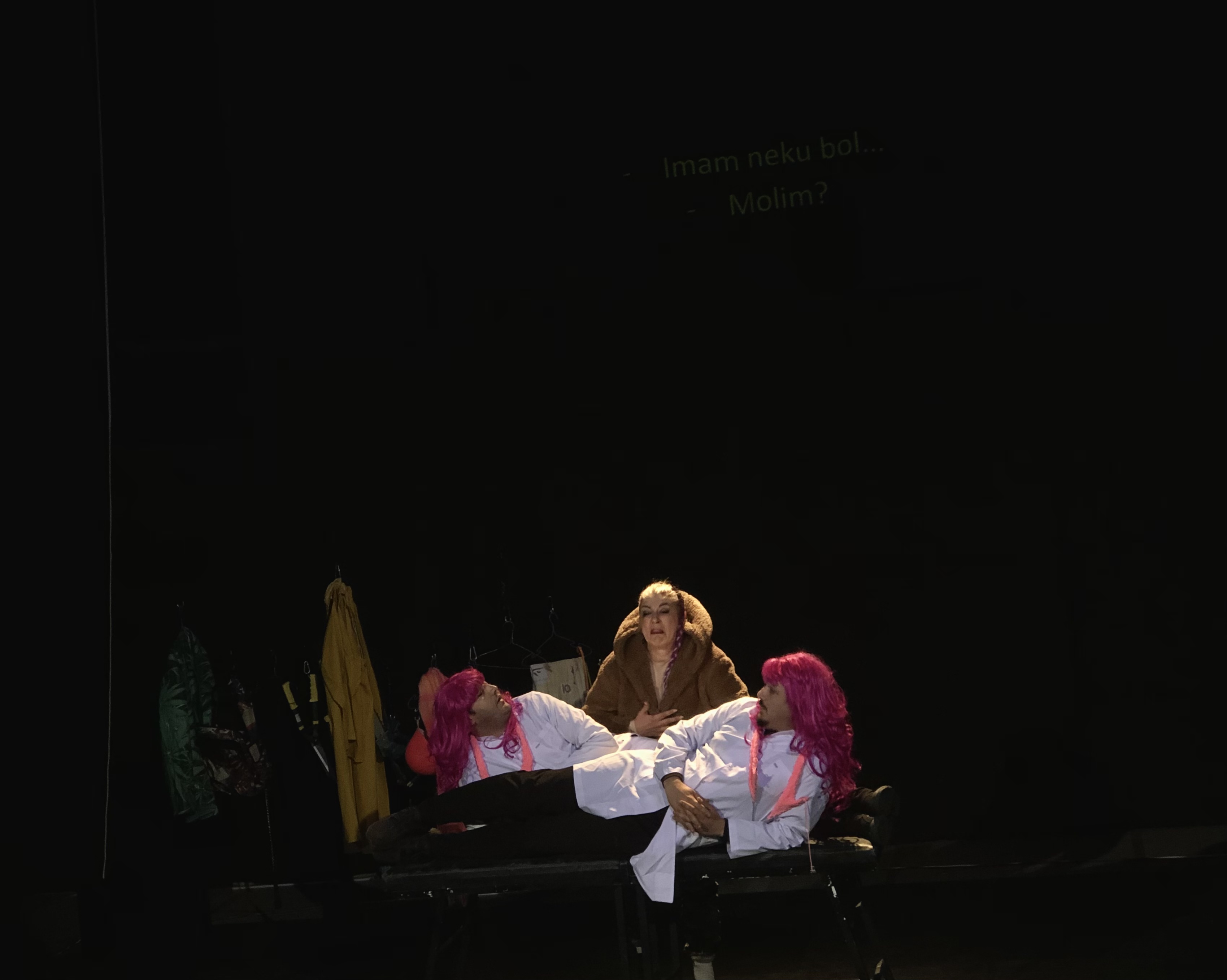 Kushtrim Koliqi said they were trying to bring themes to the stage that are adaptable and also applicable in other Balkan countries.

“Apart from the fact that these sex workers, men and women who want to provide these services are violated by the law, they are violated by morality, and also by society,” he said.

Actor Armend Ismajli said that as a topic, the play can communicate with every society in which this group of people exists.

“In the theatre, there is only the language, the subtitle which shows that it is Albanian-speaking. But male misogyny towards women is the same everywhere, as Dutch and English movies show, etc.,” he said.

The stories of 11 former Albanian political prisoners in Goli Otok prison were published in a presented book that reveals the cruelty experienced by Albanians in the camp.

Distorted Shadows published by Integra, presented as part of the festival, brings the story of Kosovo Albanians imprisoned in Goli Otok.

The island in the Adriatic Sea, known as the Croatian Alcatraz, was from 1949 to 1956 an infamous camp on the territory of the former Yugoslavia. 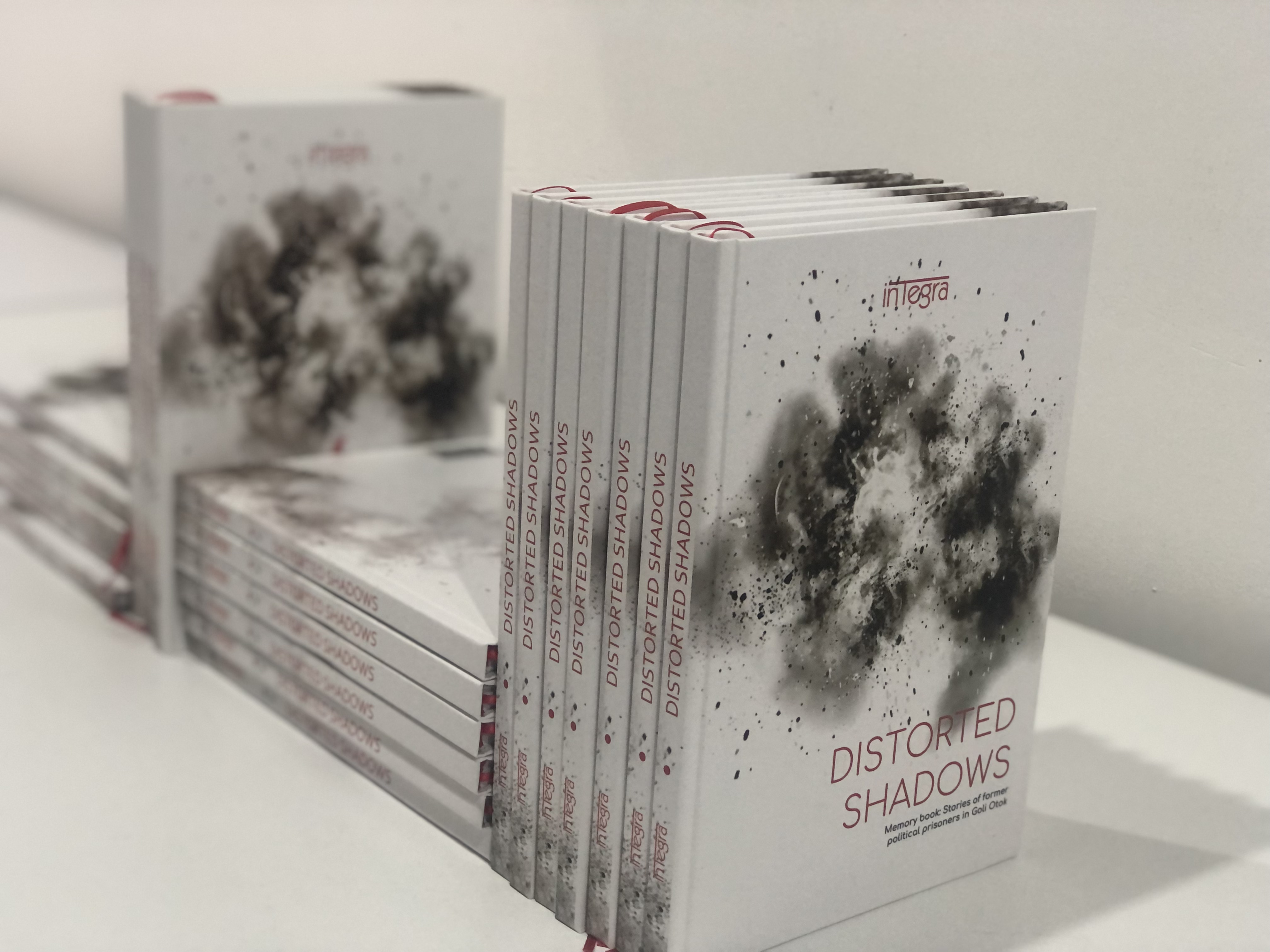 “This book also serves as knowledge about the experience of Albanians imprisoned for years in general, because the stories that are here are not isolated,” said the editor Aurela Kadriu.

Historian Olga Manojlović said that Goli Otok was an intriguing issue in political discourse and in the public dimension.

“This issue has entered into various projects in cinematography and there has also been a momentum that consists of disbelief [in the camp],” she said.

Korab Krasniqi, from the Kosovo Forum ZDF, considered the book an important testament or historical document, which serves the collective memory and culture in Kosovo.

Since the beginning of the war in Ukraine, numerous parallels have been drawn between the wars in Kosovo and Ukraine.

But as much as there are similarities, there are significant differences, contributors to a panel discussion said.

Political analyst Visar Ymeri said there were similarities in certain developments, such as the bombing of houses and expulsion of people.

“NATO intervention has been territorially focused, while the Russian invasion has another goal, the invasion of Ukraine,” he said.

But the journalist and publicist Boris Varga said that the war in Ukraine has nothing to do with Kosovo.

“Putin is looking to provoke ethnic conflicts, as Serbia did in Kosovo. There is a serious plan on how to take over a part of Ukraine – but this has nothing to do with Kosovo,” he said. 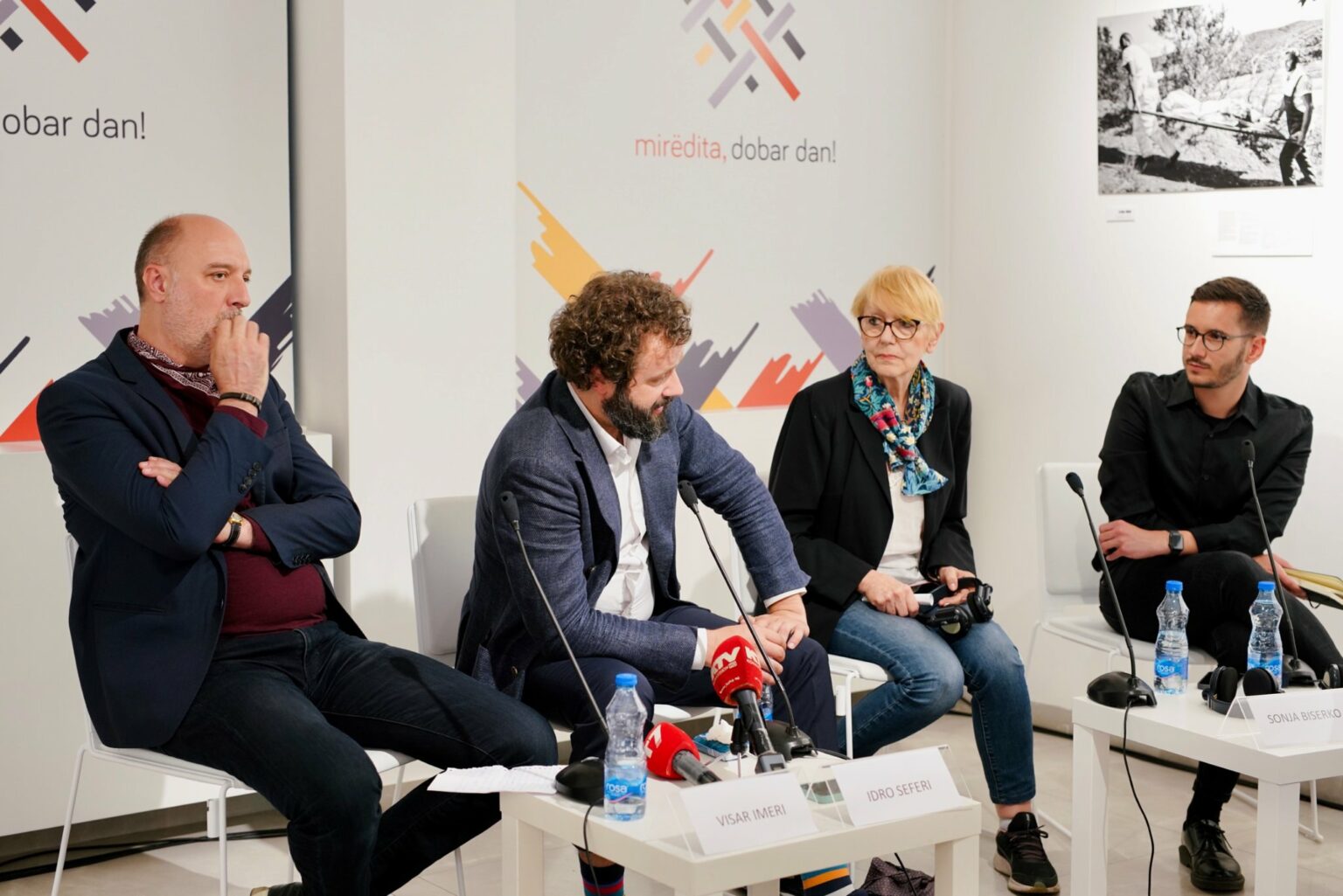 Founder and president of the Helsinki Committee for Human Rights in Serbia Sonja Biserka said that Vladimir Putin had intentionally and maliciously abused the case of Kosovo.

“Serbia aims at the partition of Kosovo. Putin takes this kind of argument to accuse the West of violating international law,” Biserka said.

Albanian journalist Idro Seferi, who lives and works in Serbia, said: “For many people in Serbia, the war started [with NATO intervention in Kosovo] on March 24, 1999. People in Serbia think that Albanians have always been against Serbs,” said Seferi.

In addition to these activities, the festival opened the exhibition “All our tears”, which shows some aspects of the wars in the former Yugoslavia – family photographs of missing persons, crime scenes, mass graves and other consequences of the war. 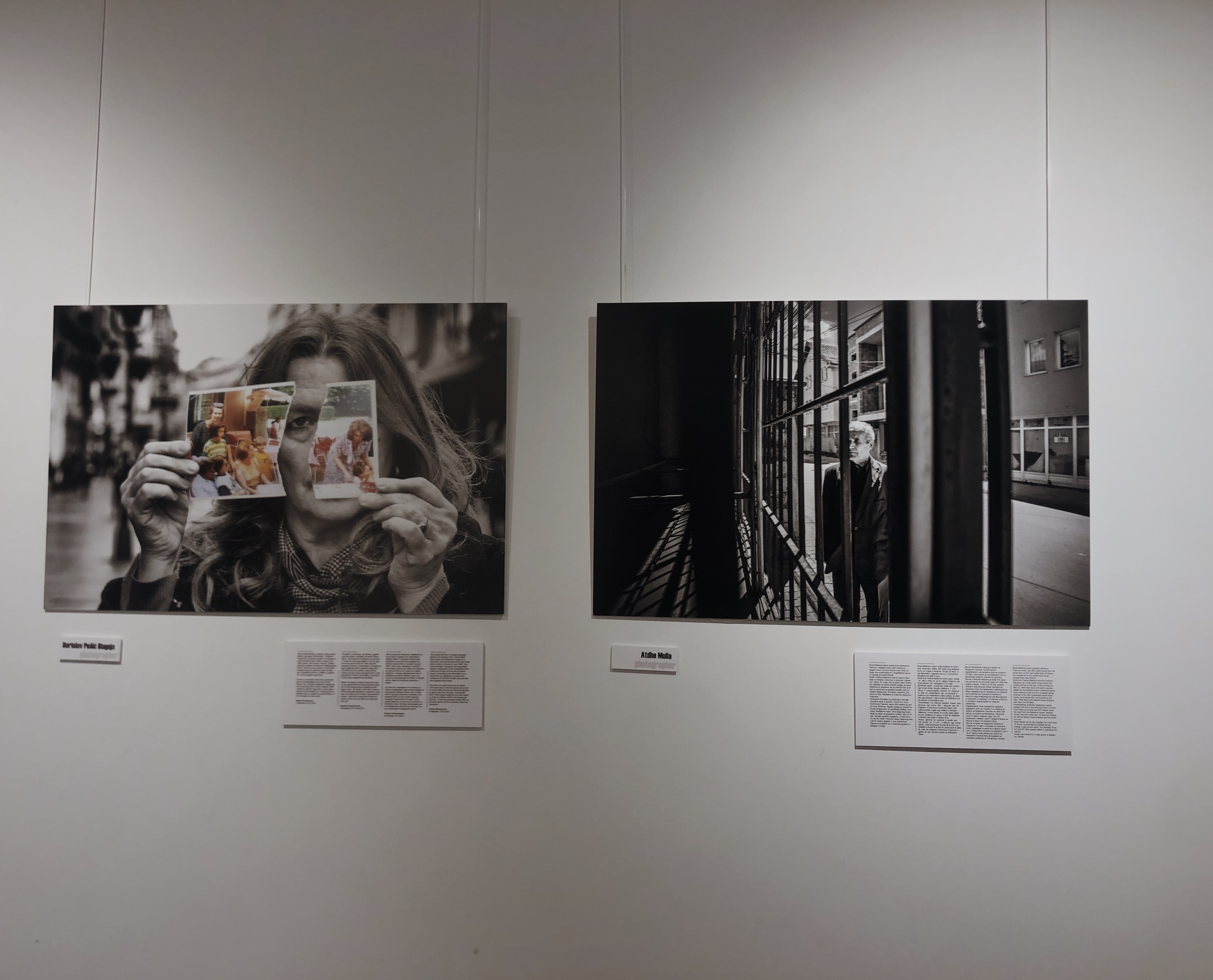 With all these activities, activists from both countries once again tried to find a common language through art to establish peace in the region.