A new film highlights the plight of girls from Kosovo’s Roma, Ashkali and Egyptian communities forced into teen marriages – and how they can say ‘No’.

Romni, a short film made in Kosovo, focuses on the life of a Roma girl who runs away from early marriage to pursue her dreams.

Faced with an early, forced marriage, on her wedding day Shpresa flees her home to avoid the fate of so many of her peers.

This film shows how families “bargain” over girls’ marriages, the socio-economic conditions in which these families find themselves, the despair in the eyes of the mothers that have to marry off their young daughters to save them from poverty – mothers who are unaware of the rights that belong to them.

To complete the mosaic, Shpresa runs away from a marriage what she does not reject with words, but, symbolically, cuts off her hair to express her dissatisfaction. 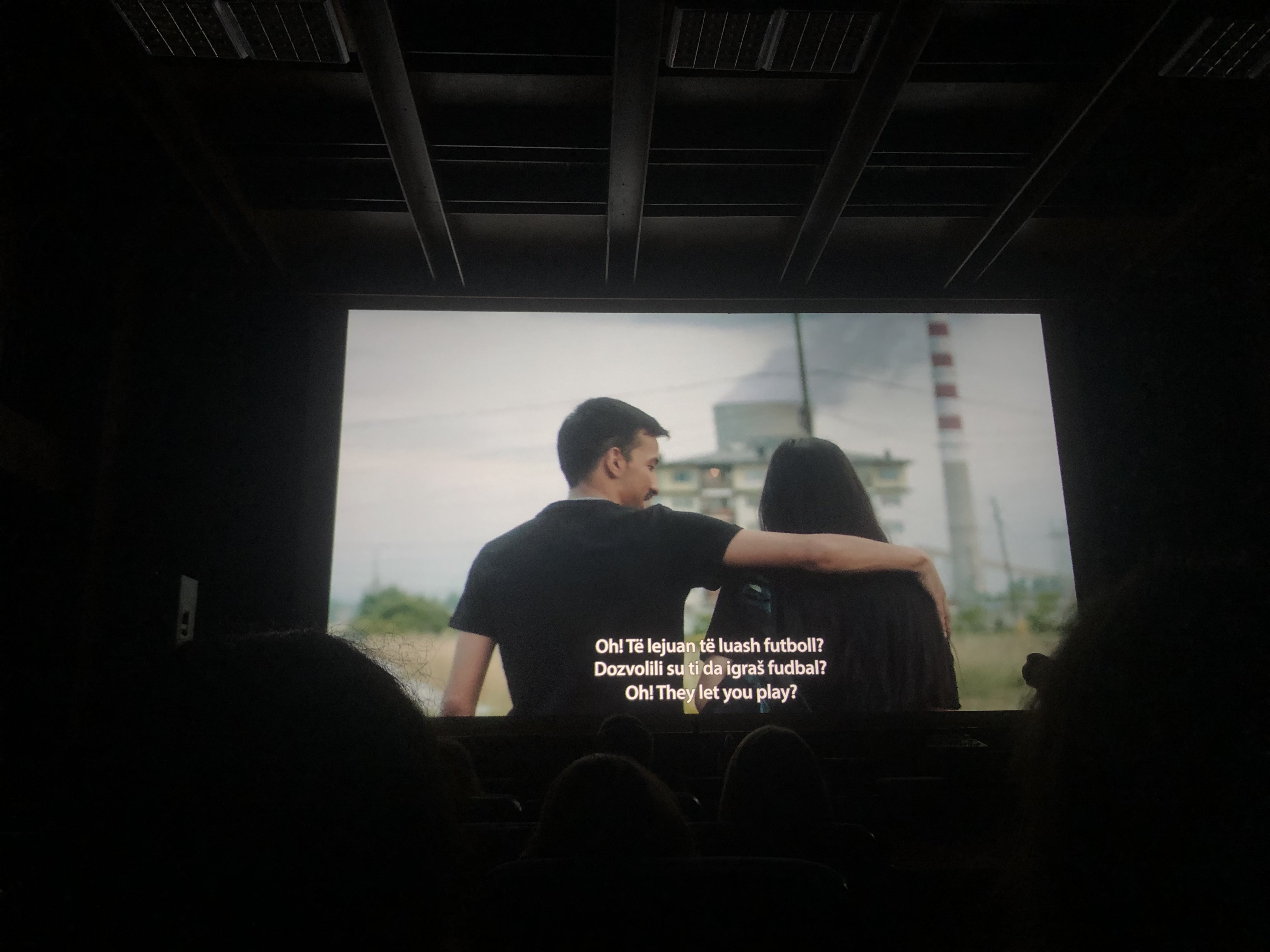 The same issue is the subject of a documentary Like a Real Woman, which focuses on the stories of community activists dealing with early marriages, and their struggle to eliminate the phenomenon.

The film was screened at the Armata Cinema in Pristina on International Human Rights Day as part of the “16 Days of Activism Against Gender-Based Violence” program,,with the support of the United Nations Mission in Kosovo, UNMIK.

Roma, Ashkali and Egyptian communities activist, Sadete Nanoja Gashnjani, told a discussion panel organised after the screening of the film that she had had many problems with her parents when she categorically refused marriage at the age of 14.

“Parents think we should marry early and start a family. I told my parents that if I get married at 14, I could not make a family the way I wanted to because I was too young,” she said.

“If we get married so young, we become workers in our husband’s household, and stay on our feet day and night. How can you give birth at 14, when you are still a child?”

Roma, Ashkali and Egyptian girls in Kosovo are more often forced into early marriages than men in their communities, or girls from other communities.

Shpresa Agushi, from the Roma, Ashkali and Egyptian Women’s Network, stressed that when a girl leaves school and gets married young, she will remain uneducated, and be financially dependent and economically powerless; her rights will be violated, rights which she does not even know about.

“We have worked to give these women their voice. We have been speaking on their behalf for years and will continue to speak on their behalf, but we will be much stronger if we speak all together. They must have the strength to speak for themselves,” she said.

Barry Freeman, Deputy Special Representative of the Secretary-General of the UN mission in Kosovo, UNMIK, said that the COVID-19 pandemic had led to a 10-per-cent increase in early marriages worldwide.

Driton Berisha, from the Fund for Roma Education, emphasized that if you ask the parents of children from these communities, many of them see the boy child as the future support of the family.

“When they talk about the girl, they consider her as a husband’s partner, where she also contributes financially to his family,” he says. According to him, for both genders there is a lack of employees who serve as examples of hope of empowerment.

Muhamet Arifi, director of the Balkan Sunflower an NGO that builds activist lives for social change, blamed early marriages also on the government, which he said does not employ enough young people from the minorities who are instead forced to get married or migrate outside Kosovo.

“Institutions should imprison those who rape a 14-year-old girl and force her to have children. Once others see that someone is in prison for this issue, they will see that prison is waiting for them also for this crime,” he said.

He encouraged all foreign missions in Kosovo, such as the UNMIK and OSCE, to employ more citizens from these communities, because, according to him, these missions are currently not hiring these citizens.

This challenge was accepted by the Chief of the UNMIK Support Mission in Kosovo, Sandi Arnold, who asked Arifi to find the best students for internships in her office.