A museum dedicated to MoMA’s legacy opens in Prishtina

A display of paraphernalia chronicling MoMA’s legacy of circulating exhibitions has found a permanent home in Prishtina’s Museum of American Art in Stacion.

What is Modern Art? On Friday night, this well known question was posed to the audience entering Stacion, Center for Contemporary Art in Prishtina. Stacion’s new “museum,” which displays posters, photographs, and press releases from MoMA, New York’s Museum of Modern Art, is a quiet attempt to provide an answer.

The “Museum of American Art,”  a result of the collaboration with the Museum of American Art in Berlin, will be an educational institution dedicated to assembling, preserving, and exhibiting memories of MoMA. The original MoMA with its traveling exhibitions showcasing American art, aimed to introduce American art to the world during a time when it was still underrated. These exhibitions, some even curated by Dorothy Miller, helped establish the first post-war cultural identity based on internationalism, modernism, and individualism throughout Western Europe.

The Museum of American Art in Prishtina, dedicated to MoMA’s legacy, will become a permanent fixture at Stacion.

The Museum brings the Kosovar public a taste of MoMA. One of the collections on show is Peggy Guggenheim’s “Modern art in the USA,” which was originally shown at Cvijeta Zuzoric Art Pavilion in Belgrade back in 1956. Other pieces depict the historical moment when American art was represented by abstract expressionism at Kassel’s Documenta II in 1959. 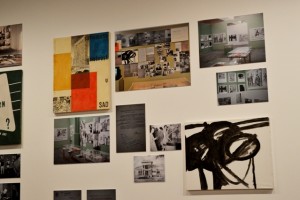 “The ‘Museum of American Art’ brings to our attention the very early developments of American art that was later developed through circulating exhibitions. This Museum will be permanent, but it will also be accompanied by an education program,” said Albert Heta, Stacion’s director. “It really belongs here.”

The exhibition consists of two parts. The first part concerns the history of MoMA before the Second World War. The second part of the exhibition is focused on the first two decades after the war and the international emergence of American art.

“This is only the beginning. Within the educational program of this Museum, we have foreseen guided tours and trainings with future art historians. The idea is to share stories and educate new generations,” Heta said.

Dardan Zhegrova, a young contemporary artist, finds the arrival of these artworks in Prishtina to be promising.

“Without a doubt, bringing the Museum here puts Kosovo on the art map of all the places the exhibit was shown before,” Zhegrova said. “To sound less cliché, artists who cannot travel elsewhere because of the visa regime can really benefit from this very different, yet modern exhibition.”

Moreover, Zhegrova commented that the exhibition could be an educational tool for Prishtina’s art scene and could inform future cultural practices in Kosovo. 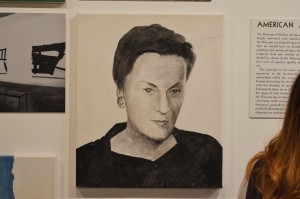 “First of all, it is among the very few [exhibitions]in Prishtina that are permanent,” said Zhegrova. The Kosovo National Gallery, the only public institution that deals primarily with contemporary art, does not have any permanent exhibition on display.

“Secondly, this Museum presents an art period in which diverse artists worked,” Zhegrova added. “I think we could all see how an artistic era can be defined and maybe start thinking about how to separate different artists and genres within the Kosovo artistic scene, and to compare to where we stand.”

The “Museum of American Art” is part of the upcoming “Summer School as School” organized by Stacion in collaboration with the Academy for Visual Arts in Ljubljana.

by Valerie Hopkins
Next: News