What are the implications of Serb participation in the elections, and why is the fact that Serbs voted in large numbers not given much attention?

In the tectonic changes which have taken place at the early elections for the Kosovo Parliament, primarily with the amazing result of Albin Kurti’s Vetevendosje party,  which surpassed the former Prime Minister’s Democratic League of Kosovo, LDK, in second place and very likely became the single largest political power in the parliament, the fact that Kosovo Serbs, for the first time, voted in large numbers, both in the north and the south, went by quietly and almost unnoticed in the public opinion of Kosovo.

And, while only three years ago, the participation of Kosovo Serbs in the Kosovo parliamentary elections transpired in a tense atmosphere, with many irregularities and pressure on the otherwise reserved citizens to vote, at the June elections everything went by very calmly, creating a scene of virtually civilized monotony. What are the implications of Serb participation in the elections, and why is the fact that Serbs voted in large numbers not given much attention?

The fact that Serbs voted in high numbers gives the impression of a new “normality”. Scenes in which citizens in the north are going to the polls without too many complaints seemed almost unimaginable only a few years ago. Despite the fact that voters were invited to participate in the elections by the official Belgrade and the representatives of the Serbian List, the data showing that there were comparatively more voters in the Serbian than in the Albanian municipalities speaks enough for itself. The turnout in Serbian areas was around 45%, i.e. by 4% higher than the total turnout in Kosovo, while in only four municipalities in the north, where around 22% of votes went to the polls in 2014, that number equaled 40% in 2017.

If the aim of the Brussels dialogue was to facilitate the integration of Kosovo Serbs into the socio-economic, political and legal system, then this trend of voting for the central Kosovo institutions may give a positive impression. Despite the fact that numerous irregularities have been determined, primarily in the campaign which was founded on accusations, intimidation, and threats, the EU Election Observation Mission and the OSCE, which provided technical support to the Central Election Committee, established in their reports that on election day the integrity of the process was nearly completely preserved. Moreover, despite the threats and irregularities, which were determined, it should not be overlooked that Kosovo Serbs have a tendency of voting how the official Belgrade states because the financial-institutional support largely depends on Belgrade. Therefore, the very dominant victory of the Serbian List, which is supported by Belgrade, is not surprising. Better prepared than in 2014, and with the biggest logistics and funds, and somewhat more serious candidates, the Serbian List gained around 90 per cent of the votes of Kosovo Serbs, and compared to 2014, almost 10,000 more votes. It should not be forgotten that at that time the Serbian List gained almost 10,000 votes from Serbia, and that that number is now significantly lower. Thus it would not be wrong to say that the support enjoyed by the Serbian List, besides Vetevendosje, may be considered the greatest winner in this election.

Still, such a high turnout in Serbian areas should not fool anyone into claiming that the Kosovo Serbs have accepted a new reality and that the Serb community has completely integrated into Kosovo’s society. Quite the opposite, as it seems that, with the support of Belgrade, the citizens were determined not to repeat certain mistakes from the past and decided to delegate their representatives which could in a way be able to affect the current processes, despite the fact that they are untrusting of the political process, the political representatives themselves, the Albanian political elite, and their intentions and wishes. The Serbian List’s decisive victory puts it in a position to casually wait for the Albanian parties to reach an agreement between themselves on forming the government and then to, if it negotiates its conditions, join a coalition. However, the Serbian List may find itself between a rock and a hard place in the process of forming the government, which is not very certain in itself, since the decision of the Constitutional Court from 2014 gives too much room for free interpretation, leaving it to the discretion of the president to choose the PM-designate for the formation of the government. The post-election combinatorics is uncertain as it is not known who will form the government, or whether the representatives of the Serb community will participate in it. There is the possibility that the government may be formed without the Serbian List, which would certainly be a step back in the process of the democratization of society since the representatives have always been part of the government in Prishtina.

Despite the fact that the coalition gathered around PDK-AAK and Nisma, the so-called “war wing”, with Ramush Haradinaj as the candidate for prime minister gained the most votes, for now it seems that his attempts to gather a majority of over 60 MPs resemble a bid to conquer Mount Everest. The heightened rhetoric regarding Haradinaj’s arrest in France based on a warrant issued by Serbia and a request for extradition contributed to further tensions, and even threats aimed at the Serb community by Ramush’s brother Daut that they will disappear if Ramush is extradited, following which civil society organizations from the Serb community filed a lawsuit for hate speech. As the election result of this coalition significantly lowered Haradinaj’s chances of becoming Prime Minister, the Serbian List became more active in criticizing Haradinaj and emphasizing that they do not want him as prime minister, stating that their president and prime minister are in Belgrade, and not in Prishtina. Haradinaj underlined that he does not want to continue negotiations with Belgrade until it recognizes Kosovo’s independence – a position unacceptable to the Serb, as well as the international community.

On the other hand, a good practice in democratic societies would be for the second largest list to get the mandate to form a parliamentary majority if the first list fails to do so. In that case Albin Kurti’s Vetevendosje should get a chance to form a government in coalition with the Democratic League of Kosovo or possibly with minorities. It remains to be seen what stand the Serbian List will take on that question. Vetevendosje is known for its harsh rhetoric towards Belgrade, criticizing the Brussels Agreement and most of all the Community of Serb Municipalities – key issues on which the platform of the Serbian List for the negotiations for the formation of a new government is based on. If Vetevendosje toned down its attitude and, under the influence of the international community, reduced its negative rhetoric towards the dialogue, cooperation might be possible. It is evident that the Vetevendosje has made cosmetic changes regarding their rhetoric towards the international community, Greater Albania and the use of national symbols. However, their claim that they want a dialogue with Kosovo Serbs, but not with Belgrade, would be seen by the Serbian List and other Serb representatives as the sword of Damocles with which Prishtina is trying to separate them from their only legitimate protector. Vetevendosje has never clearly stated which would be the topics in such a dialogue. Moreover, Vetevendosjeis representative of a huge change and an uncertain future. Unlike the previous political elites, which would always comply with the demands of the international community under the right pressure, Vetevendosje emboldened by support, as well as little possibility for the pressure to succeed, constitutes an enormous uncertainty. The party primarily resembles a hard ideological dogmatic party such as the ones seen among the early social democrats or communists. That is precisely why it is difficult to determine how Vetevendosje would behave in dialogue with Belgrade. On the other hand, it should not come as a surprise if Vetevendosje, similarly to the Serbian Progressive Party in Serbia, which arose out of radical ideology, became the most constructive player at the table.

Be that as it may, the Serbian List will surely be looking for seats in the new government which are deemed important for the Serb community, notably the Ministry for Local Government Administration, Ministry of Communities and Returns, as well as the Office of Community Affairs within the Prime Minister’s Cabinet. The participation of Serbs in central institutions will have to be a lot more serious in this round considering the number of votes gained; the new representatives will have to take more responsibility and not hide from it behind the politics of the official Belgrade, in order to contribute to achieving the goals set at the formation of the political party “The Serbian List Civic Initiative” in a more determined and active way. These goals are primarily to form the Community of Serb Municipalities, resolve the issues of property, protection of cultural heritage, and the careful continuation of integrating and economically developing the Serb community, i.e. maintaining the financial certainty which mostly depends on Belgrade. Such a great victory by the Serbian List gives Belgrade a good reason to continue the dialogue and demand the formation of the Community of Serb Municipalities with a lot of credibility, as well as the implementation of constitutional provisions regarding the protection of communities and other “concessions” such as the careful resolving of the case of Trepca. Belgrade, encouraged by inner political stability and the fact that the international community supports the policy of dialogue, could be presented as a factor of stability in moments of political turmoil in Prishtina, and it can continue to demand the implementation of those parts of the Brussels Agreement that it presents as key for Serbs in Kosovo. In this respect Belgrade is supported by partners in the European Union and by some western diplomats. The most recent draft report by the European Parliament for Kosovo and Serbia clearly emphasizes the necessity of founding the Community of Serb Municipalities, but also for a much deeper integration of Serbs into Kosovo’s society.

Of course, owing to this, it is necessary to be extra cautious in the period to come. We are entering a hot political summer in which many scenarios are possible. The successes which have seemingly been realized by the Brussels Agreements may easily be relativized and its effects diminished by careless and tactless statements, and sometimes by competition among Albanian parties which will be adamant in their relation towards Belgrade and Kosovo Serbs. There is also the biggest danger that the bickering political elite in Prishtina could, once again as many times before, presents Serbs and Belgrade as one of the key factors of instability and the cause of socio-economic problems which Kosovo is facing. This would mean reverting to old politics. Still, this time they would have a lot more trouble passing that gambit. 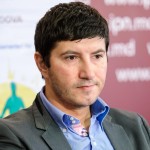