Of cows and men: How an army of Kosovo deputy ministers spend their time

In February 2017, the Ministry of European Integration sent out a press release which reported that the first deputy minister met with the second deputy minister and, among others things, informed her about the visa liberalization process. In the most isolated country in Europe, which has no clear European perspective, a meeting between two deputy ministers is news.

But this is not the most absurd news that can come from the Kosovo government. Such stories are abundant within Prime Minister Ramush Haradinaj’s cabinet. His government, which started its mandate in September 2017, has so far appointed 76 deputy ministers, 33 more than the preceding government.

Faced with public criticism for the excessive appointment of deputy ministers, Haradinaj invited all of them to a meeting in December 2017 and asked them to prepare a report for the first 100 days of their work. Responsible for gathering the reports by deputy ministers was Besnik Tahiri, National Coordinator for State Reform, a new position that ranks equally with that of a minister. So far, four coordinators have been appointed, one even for stray dogs.

This begs the question: what did the deputy ministers report to make Haradinaj feel so satisfied? As soon as he requested the reports from deputy ministers, they began to keep notes and evidence of every meeting they held, every debate they were part of, every email they sent and media appearance they made. To seem more credible, many of them attached photos from meetings, and some even agendas of debates in which they participated and emails that they received.

Most deputy ministers started work straight away, a few days after being appointed, but some only started working a month later, a result of lack of office space. Isa Xhemajlaj, deputy minister at the Ministry of Internal Affairs, was appointed by Haradinaj on November 9, 2017, but started work on December 5.

Deputy Minister Bashkim Musliu also seems to have had bad luck with office space. Gjergj Dedaj has yet to get a personal office. In his report, he complains that he needs to share an office with his assistant and chauffeur. A few days before submitting his report for the first 100 days of work, Dedaj complained to Haradinaj that he does not have a TV in his office, and this hindered him from doing his job as deputy minister of foreign affairs. 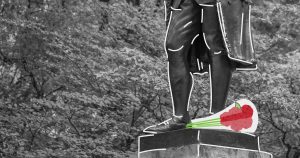 Hyzer Gashi, deputy minister at the Ministry of Finance, is satisfied with his treatment at the ministry. In his report, he says that he managed to round off his office with an assistant, chauffeur, computer and vehicle in the first week of work. He does not forget to mention the congratulatory visits he received. Gashi also included emails he received from businesses, some complaining about an excise, and some about a double taxation of millers. In his report, Gashi also includes meetings with other deputy ministers of the Ministry of Finance, as well as emails he sent to Finance Minister Hamza’s assistant, requesting a consultative meeting with the minister.

According to the reports, meetings with ministers are a very important part of the work. Thus, Artan Berisha, deputy minister at the Ministry of Education, Science and Technology, reports that he met with Minister Shyqiri Bytyqi and agreed to visit the region of Rugova together.

Vesel Krasniqi, deputy minister at the Ministry of Agriculture, Forestry and Rural Development, also reports that he met with Minister Nenad Rikalo twice – 10 per cent of meetings he had during 100 days of work.

Some reports by deputy ministers include documents that cannot be classified as reports. For example, Shukri Maxhumi, deputy minister at the Ministry of Agriculture, instead of a report, submitted a project idea which explains the importance of pastures, from the Roman conquest until today. An agricultural technologist by profession, he considers his profession at the core of economic development.

Milazim Gashi, deputy minister at the Ministry for Communities and Return, included a memorandum of understanding with the NGO Institute for the Affirmation of Interethnic Relations, along with an analysis of this organization.

Deputy Ministers find the smallest reasons to go on visits abroad, which they call “study visits.” Afrim Bekteshi, deputy minister at the Ministry of Diaspora and Strategic Investments, wrote that he went on a visit to Germany to mark the tenth anniversary of the founding of FC Kosova, which competes in the lower football leagues of Bavaria. Anniversaries of amateur sports clubs are also important for deputy ministers at the Ministry of Internal Affairs – Isa Xhemajlaj was a guest at the tenth anniversary of FC Schongau.

Handicapped from the lack of communication with the Minister, Dedaj from the Ministry of Foreign Affairs reports that he met with mayors of municipalities in Albania, and placed wreaths at the “Freedom Memorial” in Vlora, Albania. For Burbuqe Bakija-Deva, deputy minister at the Ministry of Culture, Youth and Sports, meeting with the Ashiket folk ensemble constitutes and important part in the first 100 days of work.

None of the deputy ministers reported on how their meetings within or outwith  Kosovo relate to the government’s action plan, policy strategies instituted by ministries, or state objectives at the ministerial level.

How can a visit to the anniversary of the founding of FC Schongau by the deputy minister of internal affairs promote the government agenda? How can the number of recognitions and memberships in international organizations increase by placing flowers at the “Freedom Memorial” in Vlora, Albania? How can there be agricultural development with tales about how 100,000 cows grazed the pastures of Sharri during Roman times, when in 2018 we do not even have tangible statistics for the agricultural sector? 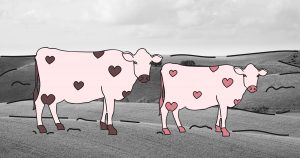 Illustrations by Trembelat for Prishtina Insight.

Deputy ministers’ reports can only be read as satire. They are the best depiction of the ridiculous management of state institutions. The most laughter-inducing reports with the most orthographic errors are those by deputy ministers that write “Dr.Sc.” before their names and the title “professor” behind. Perhaps it is not that surprising that Haradinaj appoints incompetent people in high offices, but how is it that they succeed in bypassing the filters of educational institutions and are hired as university professors?

For these kinds of activities 1,150 euros are taken from the state budget every month for each deputy minister. Over 1 million euros are spent every month on the salaries of deputy ministers. Nevertheless, salaries are the least important expenses related to deputy ministers: each of them is entitled to an office, assistant, chauffeur, mobile phone, vehicle, computer, per diems, work lunches, all of which are difficult to calculate.

Besides wasting away the state budget, deputy ministers affect the loss of trust that citizens have in the state, the loss of respect by international partners to Kosovo institutions, and pose an obstacle for the work of civil servants in the ministries. Almost every deputy minister reported that they spent their first weeks in office meeting with heads of department, getting acquainted with their work. A single department head at a ministry needs to meet up to six times with six different deputy ministers to explain their responsibilities.

Since Haradinaj is satisfied with the work of the deputy ministers and since the deputy ministers were exempted from the obligation of evidencing every meeting and provide photographic evidence, they are now free to continue their activities uninterrupted, as the former Democratic Party of Kosovo MP Adem Grabovci said in the Pronto wiretaps “…with daily work for the building of local institutions and the functionalization of the state of Kosovo,” after which he burst into grand laughter.

Illustrations by Trembelat for Prishtina Insight.