In Prishtina, citizens ‘MARCH, not celebrate’ for International Women’s Day

Women and men gathered in Prishtina to denounce gender inequality, homophobia, and economic injustice to mark the March 8th holiday.

For this March 8th, Kosovo women’s rights organizations marched under the slogan “in Kosovo we’re MARCHing, not celebrating.”

“March 8, not only in Kosovo [but also] in many other ex-socialist countries, has been devoid of its historically political dimension. This year the theme of the march is labor,” said Vjollca Krasniqi, a sociology professor and one of the organizers of today’s actions.

March 8 was first observed in New York in the early twentieth century to honor women’s labor strikes and the struggle towards women’s rights and suffrage. The day originated with the Socialist Party of America, and was first declared a national holiday by the Soviet Union.

In 1977 the United Nations General Assembly adopted March 8 as the UN Day for Women’s Rights and World Peace. This year, UN Women have declared “Women in the Changing World of Work” the theme March 8, 2017.

In the Balkans, the holiday is now commonly observed as a celebration, with gift giving for women family members, teachers, and friends. In a continuation of last year’s March 8th actions, today Kosovo activists are calling for protest rather than celebration.

“In solidarity with everyone in the world who are protesting today, we don’t celebrate, we MARCH for economic and social rights, as a precondition for a decent society,” the Facebook event page read. 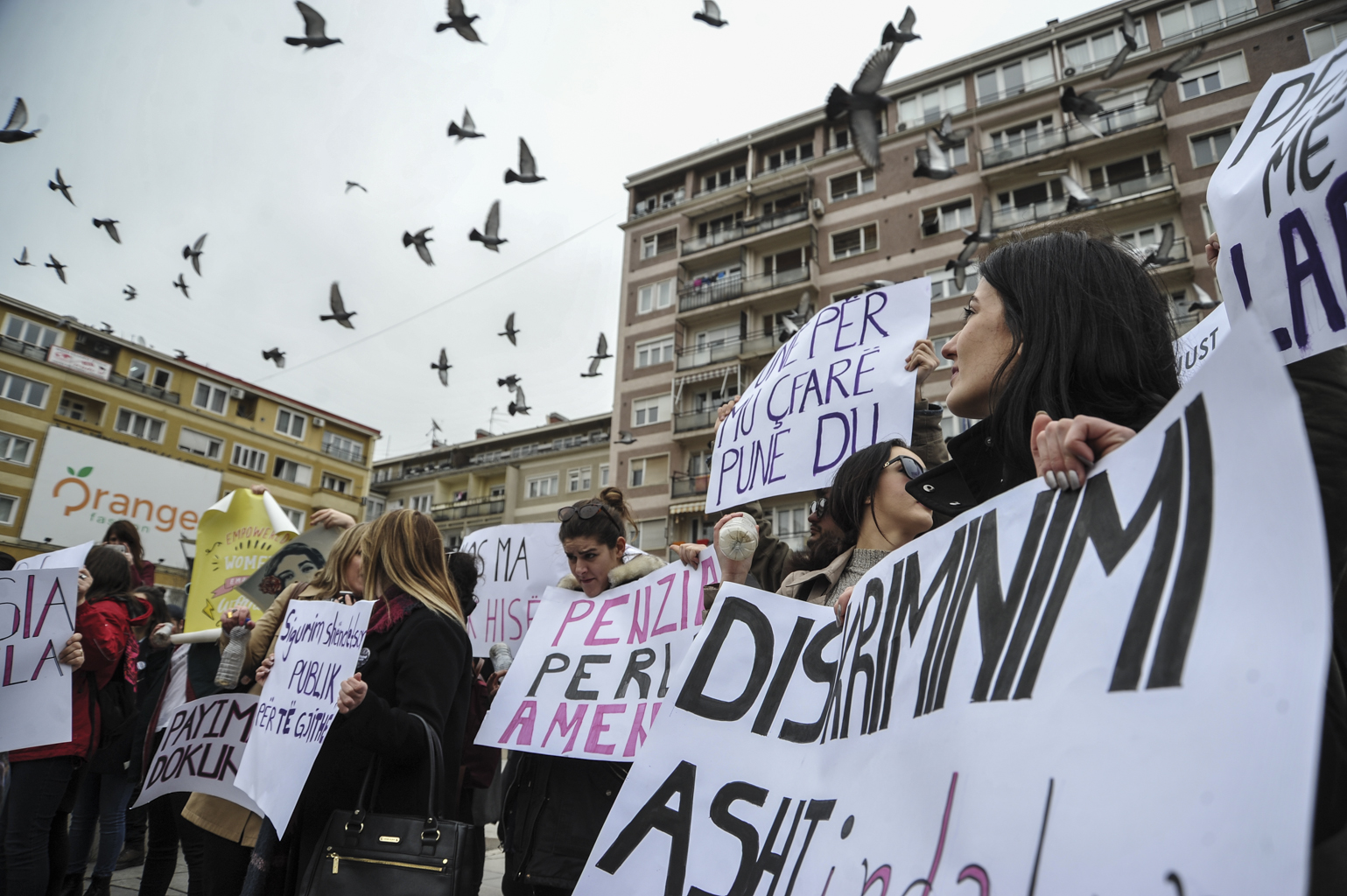 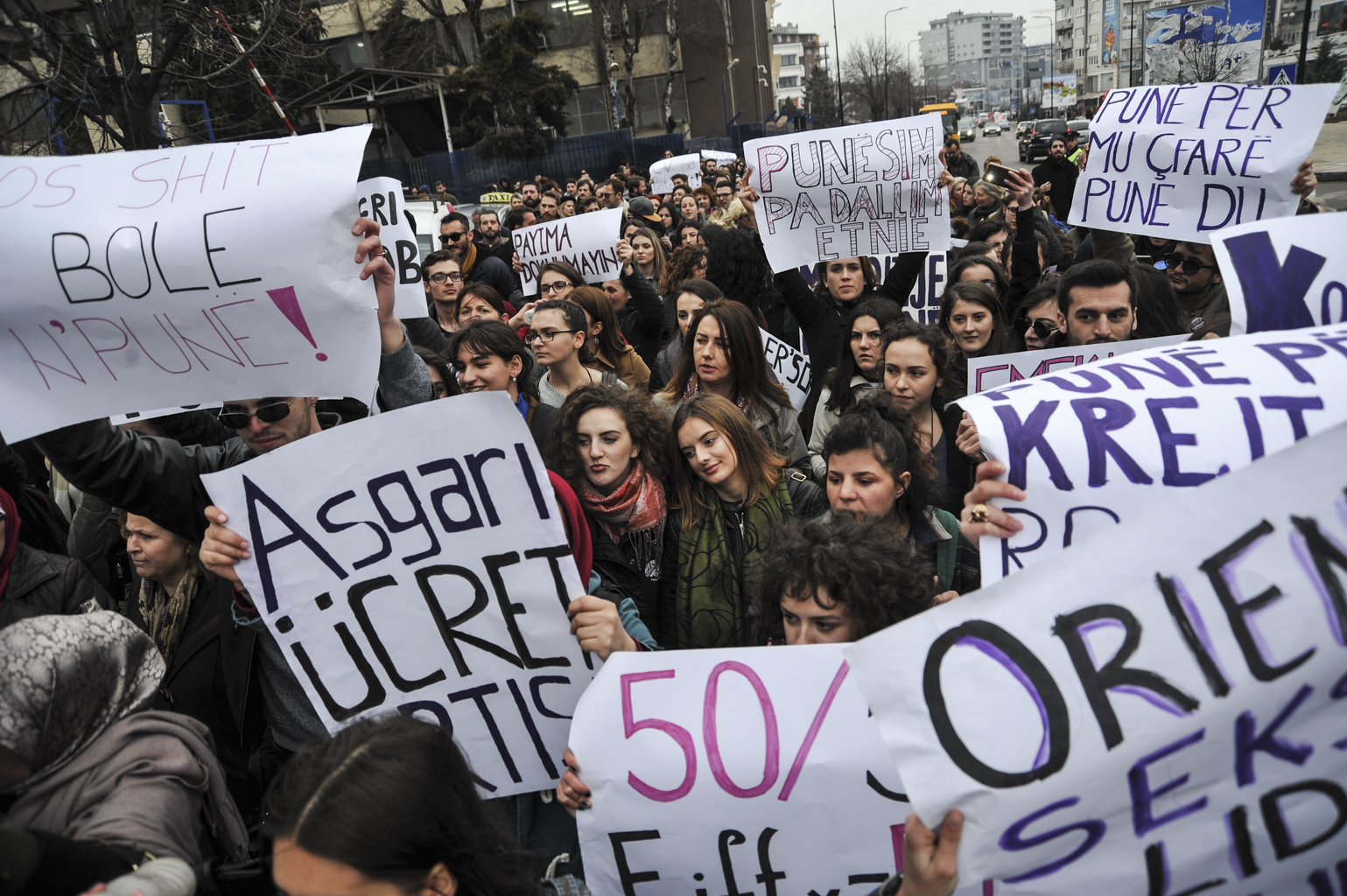 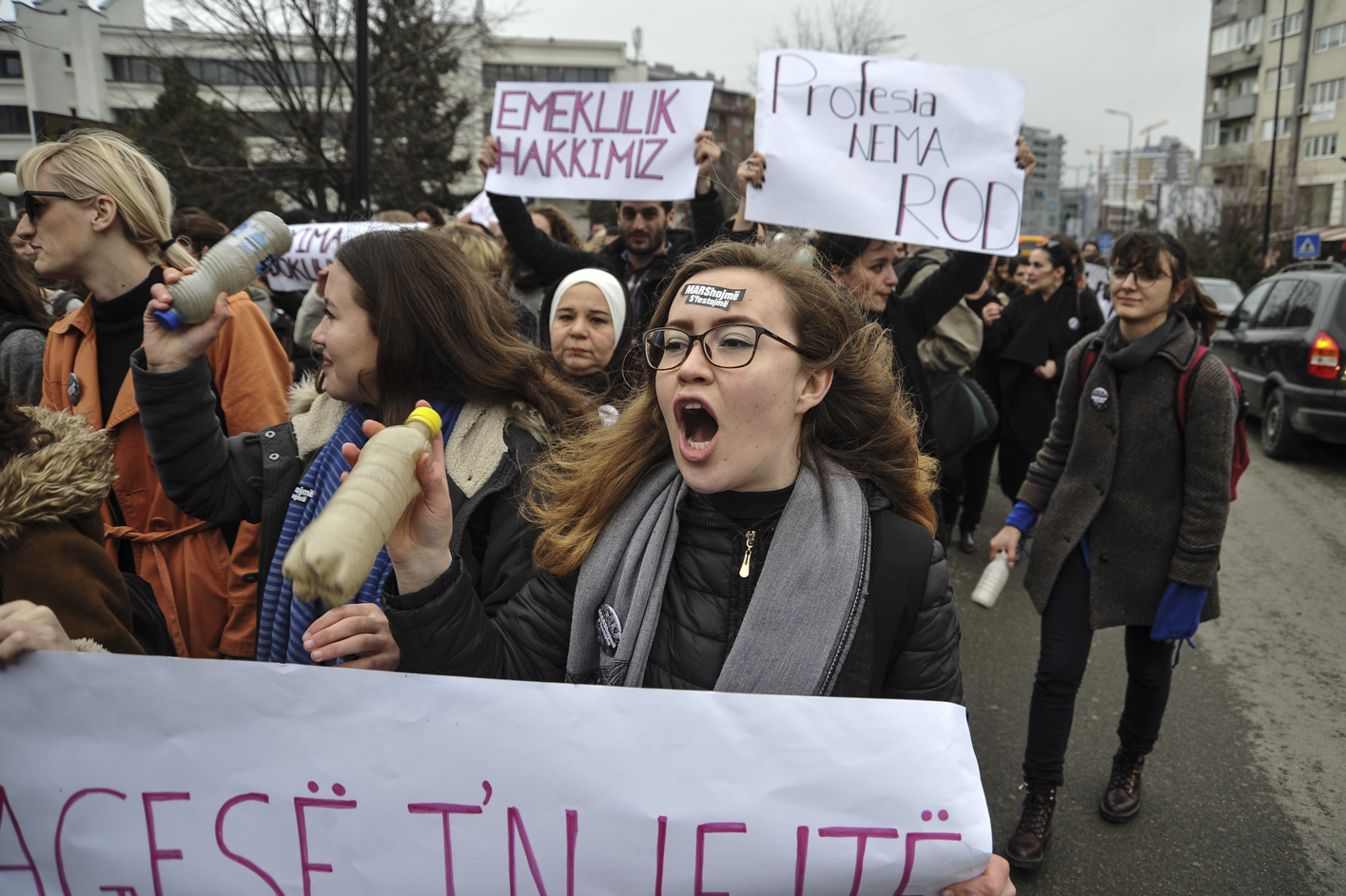 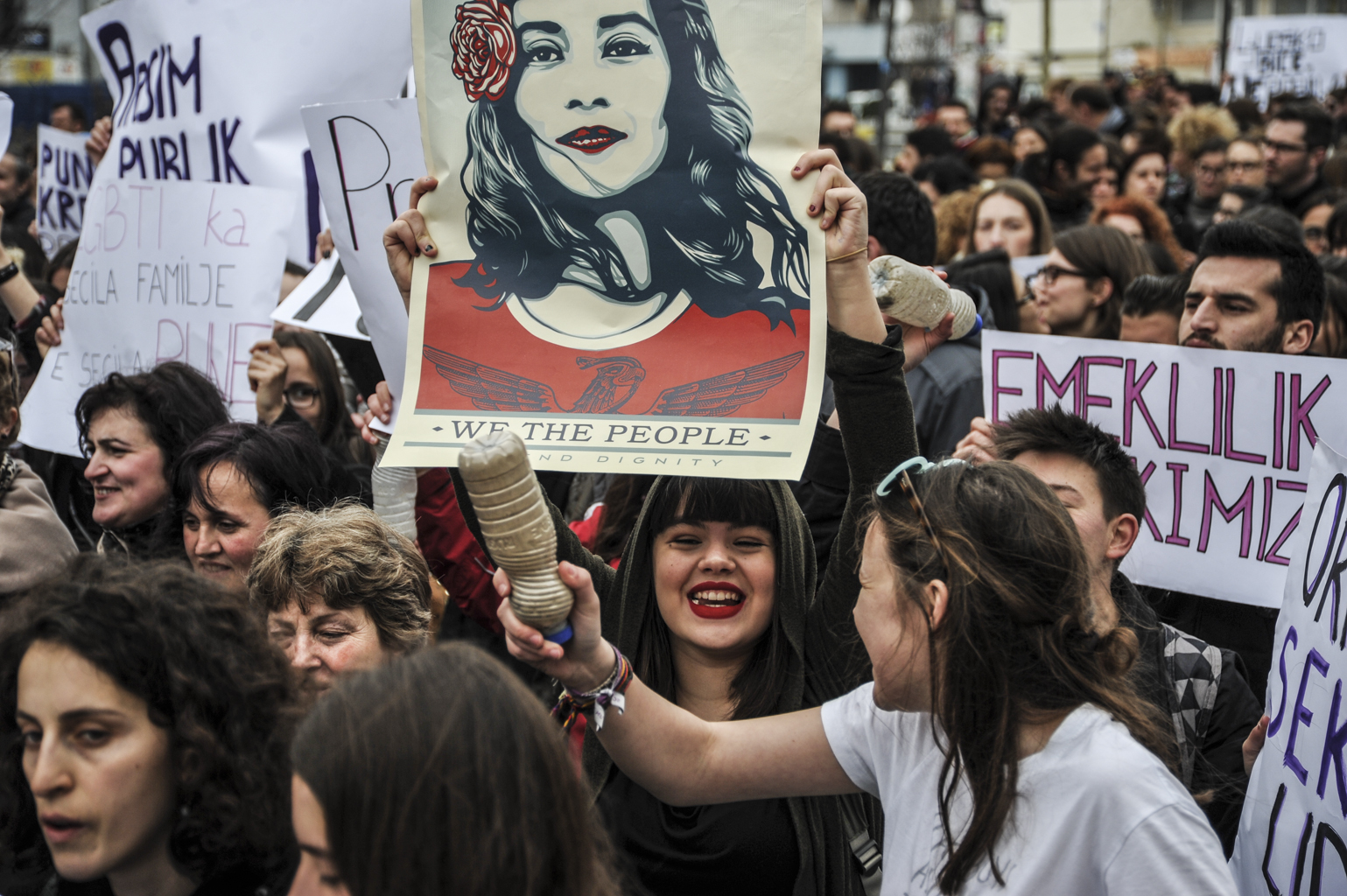 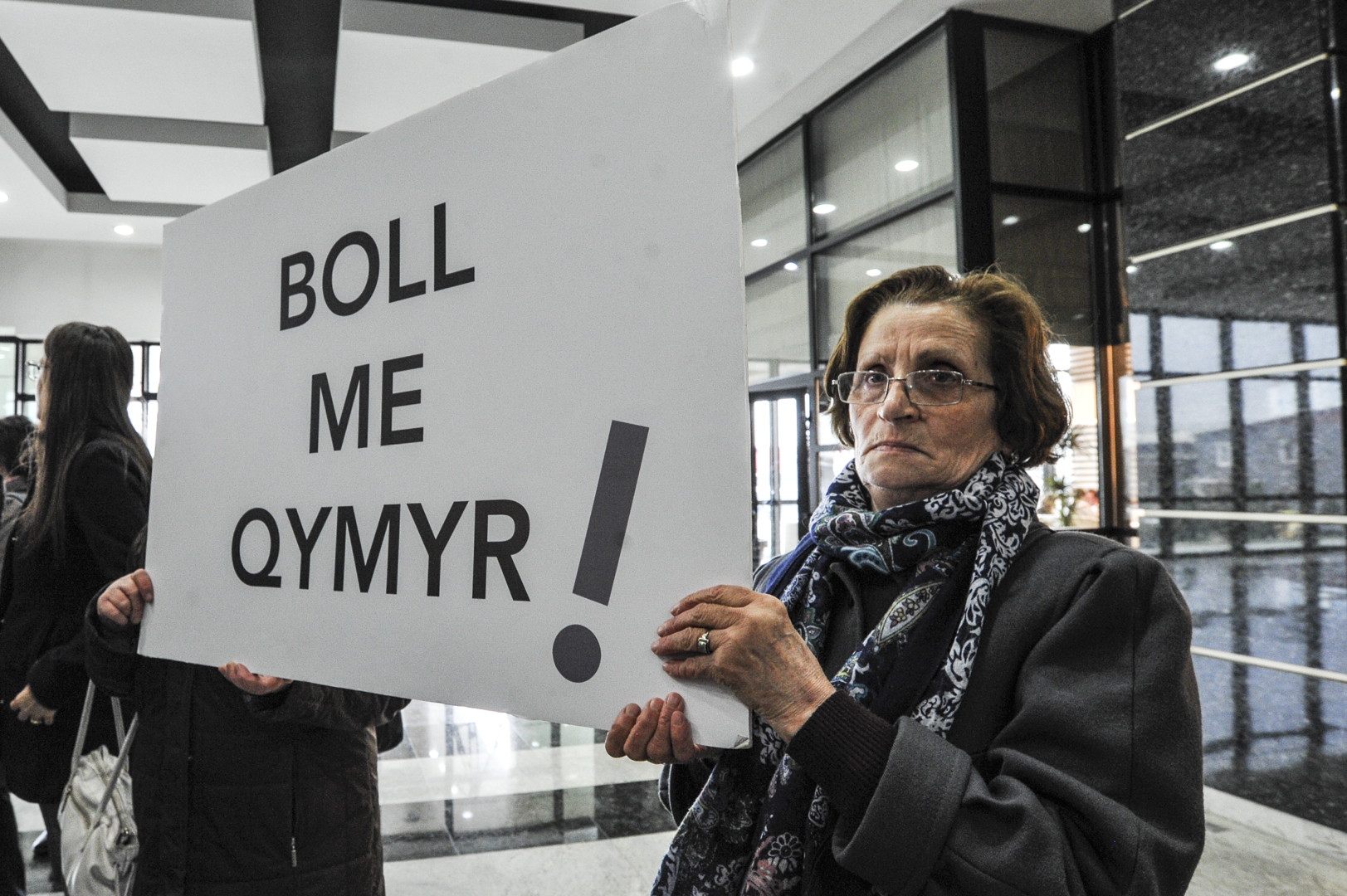 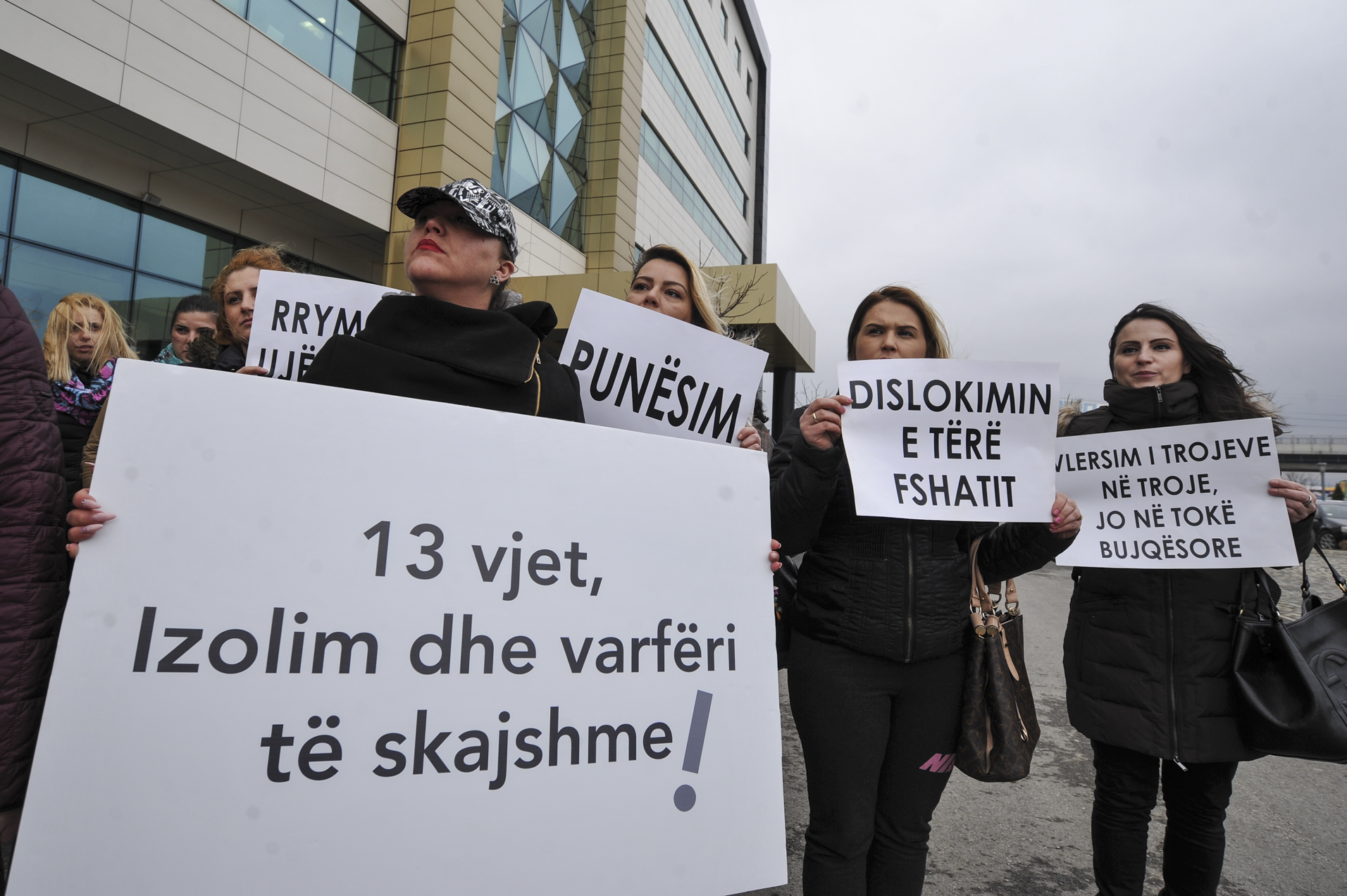 About 40 activists, civil society representatives, trade unionists, and academics organized several actions and informational events throughout Prishtina on Wednesday, including a march in the city center and a workshop on implementing gender mainstreaming–a public policy approach which aims to address sexism in all legislation, projects, and policy actions–organized by NGO PEN.

Women from Hade, a village on the outskirts of Prishtina, also gathered at the World Bank Kosovo headquarters, protesting against the development of new coal-fired power plant. The protesters are among hundreds of residents expecting to be resettled with the expansion of the Sibovc mine.

The evening will close with a showing of the play Copë Copë, written by Blerta Zeqiri and directed by Zana Hoxha Krasniqi, at Oda Theater. Entrance is free.

by Shqipe Gjocaj
Next: Opinion

Kosovo is much more important than Hashim Thaci's mood