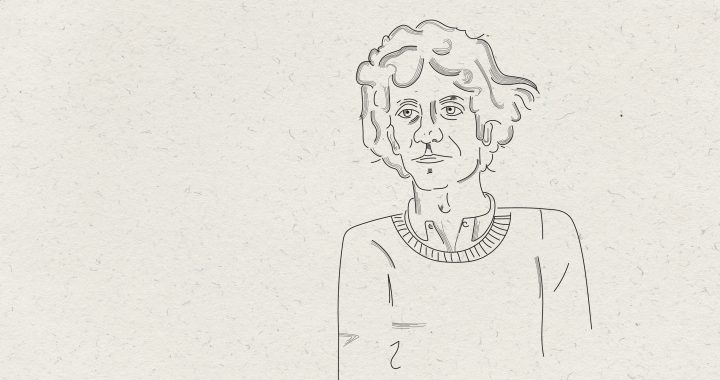 Danilo Kis was a writer who could never be confined within the borders of one nation or be swayed by political or nationalistic propaganda. Literature was Kis’s true home country. In that light, then, he should always be remembered, read, and honored.

One cold day in January 1942, when Danilo Kis was seven years old, he saw two Hungarian soldiers come to the house and take his father away. Afterward the soldiers led the prisoner along the frozen Danube and forced him to join a line of people by a small cabin on the river  beach.There, he remembered seeing a naked woman holding the hand of a small child standing at the edge of a hole on ice in the middle of the frozen river. Seconds later, the soldiers kill both woman and child and shove their bodies into the hole beneath the ice.

The horrific massacres of that month, like the one above in Novi Sad, were the infamous military raids by the Hungarian army, loyal to the Nazi Germany, in which more than 1,200 Jews and Serbs, including women and children, were shot, gassed in vans, or drowned in the icy waters of the river. The raids came to be remembered as one of the most traumatic episodes for Serbs during the entire World War II, and continued to strain relations between Serbia and Hungary for decades.

“My father was saved by a miracle that day,” Danilo Kis told a French magazine shortly before he died in 1989. The miracle that saved Kis’s father that afternoon was the grotesque pile of bodies that clogged the ice hole. The soldiers lost their patience trying to clear the corpses and ordered the remaining prisoners standing in line to march back and wait. After spending the day on the frozen Danube waiting his turn to be shot, Kis’s father somehow returned home late that afternoon “broken and suddenly aged,” the boy remembered him. But not for long. As a Jew, he was arrested again and deported to Auschwitz, from where he never returned.

Danilo Kis never wrote directly about that day, but he used his fiction to portray the horrors of his childhood, his family’s never-ending peripatetic existence, the crushing poverty, and his father’s struggle with gradual psychotic breakdown. Yet, though he wrote about the ‘horrors of history,’ Kis often hesitated to be specific and name tragedies, such as the Novi Sad raids. To do so, he maintained, would be to strip the victims of their dignity, to discriminate the dead on the basis of identity or blood or kinship. In other words, for Kis, a victim was a victim regardless of their ethnicity, language, or skin color. Though the crimes against the Jews were personal to him, the tragedy that permeated Kis’s life was used in his stories as a backdrop not only to mourn the Jewish and Serbian victims, but to memorialize, what he called, “the unnamed victims of history,” or all those who are caught in the whirlwind of violence at the hands of their fellow men.

Had he lived, he would have turned 83 last month, and who knows how many more stories he would have told us. But unfortunately, as Susan Sontag, an American literary critic and writer, once wrote, Kis’s death at 54 “cut short one of the most important journeys in literature… in the second half of the twentieth century.” At the time of his death, Kis was living in self-imposed exile in Paris, having left Belgrade almost a decade earlier. Though he came of age in  Yugoslavia, a region where Miroslav Krleza, the giant of Croatian letters, once said that politics is our destiny, Kis was a fervent anti-political writer who loathed, above all else, nationalism, under whose toxic spell many of his fellow writers in Belgrade had fallen in during the 1980s. Watching them from afar and his country being driven to catastrophe, Kis called nationalism a form of sickness derived from the loss of individuality.

As politics and national hysteria polluted the minds and pens of writers of the region, Danilo Kis was that rare and independent mind who stayed true to his vocation and art. Erudite and deeply devoted to world literature, he read widely and became an admirer of Jorge Luis Borges, whose influence can be felt throughout the pages of Kis’s dizzying tales in The Encyclopedia of the Dead. Besides Borges, other “conversation partners,” as he liked to call writers he admired, included Gustave Flaubert, James Joyce, and Vladimir Nabokov.

As it goes with any major individual achievement, we all rise from the shoulders of past giants; and writers are no exceptions. One can almost draw a straight line from Flaubert to Kis, with the rest of these writers in between, in their common and unflinching belief in the power of literature and art to stand above politics and unite people. “We are artists and art is our country: a curse on those who have any other,” Flaubert  told a friend in the late 1860s as the Prussian Army was preparing to invade France. Borges was famously indifferent to politics and wrote that ‘the whole world should be our country,’ while Joyce repeatedly mocked the stupidity of nationalism and narrow-mindedness of ardent patriots. Nabokov never ceased railing against those who politicize literature or pollute works of art with what he referred to as “ideological poison.” Kis, too, worked hard to stay away from politics, but spoke against it as an instrument of division. Shortly before he died, he reframed Miroslav Krleza’s famous saying “politics is our destiny” into “politics is our tragedy.”

In Kis’s hypnotic novel Garden, Ashes there is a heartrending moment when the ever-disintegrating main character, Eduard Scham (based on Kis’s own father), tells his son that you cannot behave too long like a victim without becoming one in the end. In the same manner, many Serbian writers who attacked Kis’s literature—trumping up ridiculous charges of plagiarism against him in A Tomb for Boris Davidovich—and helped fan the flames or imagined Serbian victimhood became, in the end, true victims of the political monster they had fed.

One of those people was Dobrica Cosic, a bookish bespectacled Serbian with a thuggish look masquerading as an admirer of literature, who spread the notion of Serbian victimhood in the 1980s, and used his pen to write the blueprint of genocide against non-Serbs. Cosic was a close adviser to Milosevic, an admirer of Karadzic, and briefly became president of a ghost country, in 1992, that still called itself Yugoslavia. It was the likes of Cosic whom Kis had warned against, people who, having lost their individual consciousness, went on wielding their pen as a sword in the name of rotted political regimes and morally bankrupt ideas of past glory and culture.

Today, if you visit Montenegro (where Kis’s mother was born and where he spent years as a teenager), you can collect postage stamps featuring Danilo Kis, whose picture can also be found in the official Serbian postage stamps. It’s hard to escape the irony on the last one, that a country whose intellectual establishment had once viciously attacked the best writer of his generation for his ‘unpatriotic’ stand today claims him as one of its own. But in all likelihood, Kis would not have approved his picture to be put on a scrap of government paper, much less so, no doubt, on paper sponsored by a government that continues to dishonor the victims of state-sponsored violence in the 1990s. Danilo Kis spoke and wrote on behalf of all victims, including the obscure, the forgotten, and the ‘unnamed.’

Though it’s often said that geography is destiny, Kis was a writer who could never be confined within the borders of one nation or be swayed by political or nationalistic propaganda; he was a writer of a universal order, and, like his Argentine literary hero, he considered his whole world to be his home. Or, to be Flaubertian, literature was Kis’s true home country. In that light, then, he should always be remembered, read, and honored.