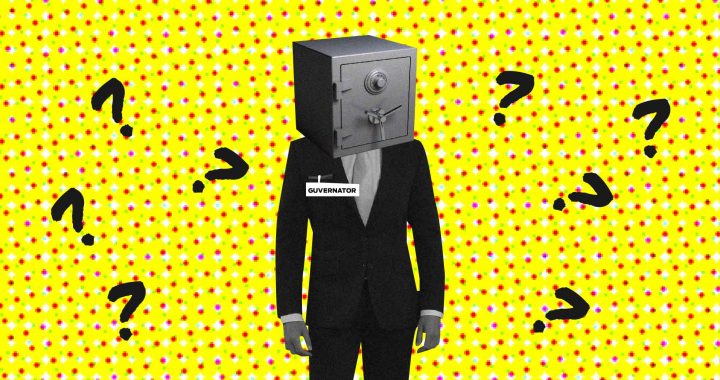 The Kosovo Assembly elected Fehmi Mehmeti as governor of the Central Bank of Kosovo through a recruitment process that bypassed British vetting.

Following a closed vote in the Kosovo Assembly, Fehmi Mehmeti was elected governor of the Central Bank of Kosovo, BQK, after his six-month stint as acting governor on Thursday.

Running against candidates Besnik Bislimi, Safet Merovci, and Shkendije Himaj, Mehmeti received 60 votes, equaling the number of votes for all the other candidates combined.

Before becoming acting governor after the resignation of Bedri Hamza, who is now the Minister of Finance, Mehmeti was deputy governor for bank supervision at BQK. In the past, Mehmeti managed Prishtina International Airport, and between 2010-2013, he was board director of a Mitrovica public enterprise called Uniteti.

Mehmeti’s appointment, although unsurprising, violated a memorandum signed between the Kosovo Assembly and the British embassy, according to which candidates for high-level appointments must be vetted by an outsourced British company.

In 2016, signing the first memorandum with British Ambassador Ruari O’Connel, Assembly Speaker Kadri Veseli merrily said “encourage all young men and women… to apply,” pledging to favor meritocracy in the processes of recruitment for high positions.

However, 18 months after the pledge, the Assembly voted for governor of BQK from a list of four candidates which were selected without the knowledge of the British embassy and without any vetting whatsoever.

The whole recruitment process for the governor happened without the involvement of the British, the party that is supposed to implement the selection process according to the memorandum.  The embassy was not even not informed by Kosovo institutions that the recruitment process had begun.

At first glance, it seems as through the whole thing could have been a terrible misunderstanding:

the board of the BQK, which opened the call, said that they had no idea that such a memorandum even exists, while the Assembly secretary Ismet Krasniqi maintained that the memorandum signed in 2016 had expired. The original memorandum did expire, but was renewed until March 2018 through a correspondence between Vesli and O’Connell in November last year (BIRN has obtained these letters).

Though the Office of the Assembly Speaker knows about the extension of the memorandum, it blames the British embassy, saying that they should be the ones to choose when to be involved. However, Veseli’s office failed to say whether it had informed all affected institutions about the said memorandum.

“It is important to clarify that when the agreement on recruitment was first signed and then extended with the British embassy, it was left to the embassy’s discretion to choose the institutions where they wanted to get support,” Veseli’s office said.

While the BQK board claim that they had no knowledge of the memorandum, Mehmeti claimed that it was not his job to inform the board about the memorandum. Besnik Kada, spokesperson for the BQK said that as far as the bank is concerned, “the recruitment of candidates for board members and governor of BQK is not part of that agreement.”

“Nobody–not the Assembly, the government, the ministry of finance, the governor, or anybody else for that matter, told us that the Central Bank is part of this memorandum. Nobody informed us,” said Bedri Peci, head of the BQK board and head of the selection panel for the candidates.

Furthermore, Peci said that he was not even informed by the British embassy in Kosovo, which unlike the US embassy made no request to observe the process.

“The US embassy requested to have their own representative. We worked closely together, there was a representative of the [US state] treasury as an observer during the whole recruitment process,” Peci explained.

But the British embassy, responding through email, said that the memorandum clarifies that it was clear that they should have been involved.

“The selection process for the Governor happened without the implementing partner, even though this position was listed as one of the high positions that would be selected through this project,” the British embassy told BIRN, referring to an annex which lists all high official positions that need to be vetted by the company.

It is not the first time that a memorandum of understanding between the UK and Kosovo institutions, meant to ensure due diligence in public appointments, has been violated. Although Prime Minister Ramush Haradinaj also signed a memorandum of understanding with the British embassy pertaining to other public offices that should be free of political interference in 2017, he has already violated the memorandum at least twice. MPs across the aisle proposed an investigative commission into recruitment practices earlier this year.

Regarding the governor’s appointment, the Prime Minister’s Office claims that since BQK reports directly to the parliament and is an independent institution, this is beyond their competencies. Admitting that Haradinaj signed a memorandum to ensure a credible process of recruitment, the Office of the Prime Minister’s spokesperson also emphasized that it did so for “agencies under the competence of the government.”

The British embassy says that the responsibility weighed on the assembly to inform relevant institutions about the applications for vacancies that would be monitored by them.

“The memorandum signed with the Kosovo Assembly and Kosovo Government contains a list of specific positions that are covered by this project, which were agreed upon with the Office of the Assembly Speaker and the Office of the Prime Minister. We expect the government and Assembly to inform relevant institutions regarding the memorandum,” the British embassy said in a written response.

Correction: An earlier version of this article mistranslated the word ‘observer’ as ‘supervisor’ in Bedri Peci’s quote.