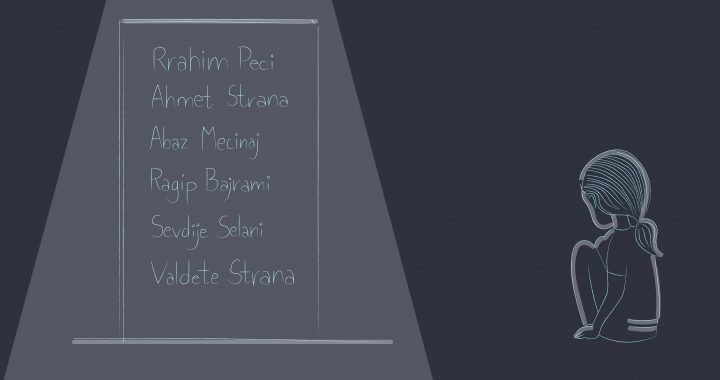 The Municipality of Mitrovica’s failure to include the name of a young Roma child in a commemorative plaque to the victims of the Green Market massacre reveals the harmful consequences of the lack of proper and inclusive documentation of the victims of the Kosovo war.

Since June, I have been working on a project that seeks to document the massacres that took place in Kosovo between 1998 and 2000. The end result will be a book that collects information on all the massacres objectively, regardless of the ethnicity, religion, political affiliation or gender of those massacred.

Two decades after the war, the project, implemented by the ADMOVERE organisation and supported by the Swiss Embassy to Kosovo, aims to be a reliable source of information about massacres during this period, written in language free from hate speech.

As with almost every other massacre, while researching the killings at the Green Market I came across discrepancies in data: some sources would record five innocent citizens killed, some six and some seven.

The Council for the Defense of Human Rights and Freedoms, the Municipality of South Mitrovica, and the Kosovo Academy of Sciences and Arts, for example, provided data about six innocent citizens killed, all of whom were Albanians.

However, local and international newspapers from that time and reports by international non-governmental organisations gave quite different figures, as some of the wounded in the massacre later died in hospitals in Mitrovica and Belgrade.

Regardless, nearly every story in the press at that time reported that one of those killed in that massacre was a five-year-old child, although the gender and ethnicity was never specified. A photo taken by the photographer and journalist Tyler Hicks from the New York Times documents the fact that a child was killed at the Mitrovica Green Market Massacre.

Based on data from the Humanitarian Law Center (HLC), we can pinpoint the identity, the gender and the ethnicity of that child: her name is Elizabeta Hasani, a Roma girl, born on May 11, 1994 in Italy, to parents Isa and Nada Hasani. Therefore, a total of seven innocent citizens were killed in the Green Market Massacre in Mitrovica.

However, the memorial plaque in the centre of the city, erected by the Municipality of Mitrovica, only lists the names of the six Albanians killed. Elizabeta Hasani is not listed.

After discovering this on August 2, 2020, unaware that it was Roma Holocaust Memorial Day, I posted a status on Facebook regarding the above findings, asking the question “Why not the five-year-old Roma girl Elizabeta Hasani?”

Journalists, publicists, social and political activists, scientists, as well as many indignant citizens reacted to the post, as did activists and civil society organisations in Mitrovica. All had the same request: that all the victims of the war be commemorated without discrimination and that the name of Elizabeta Hasani be put on the memorial plaque with those of other victims as soon as possible.

Eventually, Faruk Muja, the Deputy Mayor of Mitrovica, also publicly addressed the issue. However, instead of promising the citizens of Mitrovica and Kosovo that the municipality would immediately engrave the name of Elizabeta Hasani on the memorial plaque, he provided a lecture on how the citizens of Kosovo should behave regarding the municipal authorities.

Muja stated that if citizens have any remarks about local government, we should present them to the municipal authorities, and not disclose them publicly, because in doing so we are being egocentric and seeking fame. This is an arrogant approach that intimidates citizens’ freedom of expression, and is completely unacceptable.

Fortunately, there was a later response from the Municipality of Mitrovica in which it promised that “this mistake – although made unintentionally and through no fault of the Municipality – will be corrected without any hesitation.”

However, even while making this promise, the Municipality of Mitrovica described the response of civil society as an attack, adding that civil society “can not escape the responsibility of hiding the facts all these years if they had them available.”

The Municipality of Mitrovica should stop dealing with the messenger and focus on the message. I also hope that before the end of this week it will not forget its public commitment and amend the plaque. Otherwise, diligent civil society activists will continue to remind them. Publicly.

Commemorations to victims of the Kosovo war must be both well-researched and inclusive. If inspiration is needed, Sarajevo’s approach should be followed, where plaques memorialising the massacres in Ferhadija street and the Markale market commemorate Bosniak, Serb and Croat victims. No one is left out.