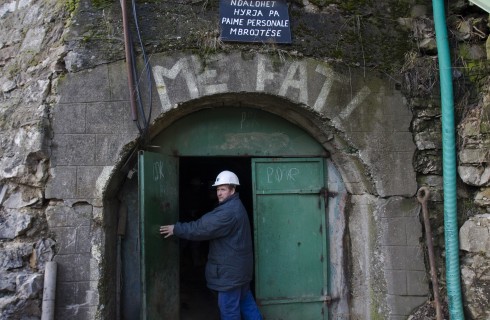 A response letter to Capussela’s comments on the Trepca law

Economic Advisor to Kosovo PM responds to Andrea Capussela's article on the Trepca law, defending the law's ratification and its benefits for the mining giant.

I must disagree with two statements in the heading of your article published in Koha Ditore and Prishtina Insight (to the extent that these statements underline your opinion on the new law on Trepca).

First, I will list some issues what the new law does for the mining giant of the Republic of Kosovo. Second, why it does not humiliate Kosovo’s parliament.

1. The new law ends the status quo of Trepca long in decades (disinvestment phase, do nothing phase and the moratorium) – and I think this isn’t ‘nothing’ but an achievement that should be acknowledged.

2. The new law designs an organizational structure, i.e. business units, which is flexible now, and in the future, after the feasibility study is completed by a reputable company. New business units may be established, existing ones which are not feasible liquidated, etc. They will have operational independence in running their business. Again, this isn’t ‘nothing’ but an achievement that should be acknowledged.

3. The new law takes out Trepca from the KPA. While the privatization model that was thought to be implemented in Kosovo may have been a good one, I emphasize ‘the model’ – drawing on experiences from other Transition Economies – ‘one size fits all’ for the Trepca case was thought not the best option (according to many case studies presented in springtime this year). It took decades and the KPA couldn’t come up with a good reorganization plan. While the liquidation, of course, was out of the table. Again, this isn’t ‘nothing’ but an achievement that should be acknowledged.

5. The new law distributes 20% of shares to employees. This was thought to incentivize employees in all Trepca units. They will have operational independence in running day-to-day business, be part of the success or failure of Trepca. Again, this isn’t ‘nothing’ but an achievement that should be acknowledged.

6. Regarding the environmental issues, 20% of royalty fee will be distributed to communities. This reflects social responsibility of the Trepca sh.a. foreseen in the new law that may partly solve the concern on negative externalities. Again, this isn’t ‘nothing’ but an achievement that should be acknowledged.

7. As for creditor claims, according to some recent data, they may be relatively negligible. Of course, excluding employee and other claims during Milosevic’s regime. And good that they remained with the KPA. NFA are anyway high, and lengthy court procedures will release Trepca sh.a. from old and blurred claims.

8. As for the ‘humiliation of the parliament’, I must let you know that the Parliament, The Parliamentary Committee on Economic Development and the Government have been working in concert on this matter. For instance, on May 2016 there was a conference, sponsored by the parliament and the government, with many case studies, similar to Trepca, where all the stakeholders were there, or at least invited. Then the Ministry for Economic Development created a working group that drafted the law. The law was discussed among stakeholders and was revised accordingly. Finally, the law was designed in a such way that for an MP could be absorbed for its objectives very quickly (we had worse cases adopting legislation, remember) – though, we need to wait and see if the parliamentary procedures were constitutional.

Of course, much remains to be done. But we should agree that is a good starting point!