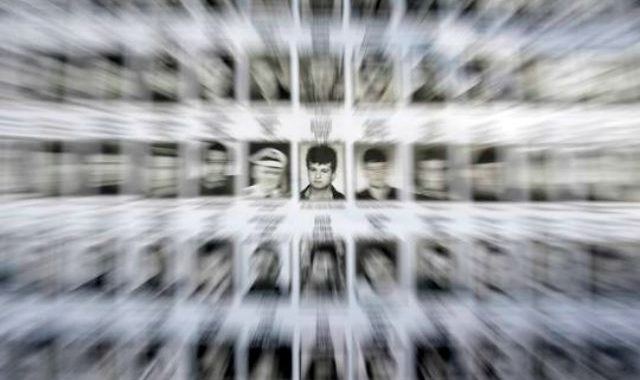 A banner showing Serbs kidnapped and killed during the Kosovo war, whose cases may now result in prosecutions. Photo: BETA

Risking to repeat mistakes made by previous international justice mechanisms, the Specialist Chambers need to change their strategy and address Kosovo society as a whole.

Since the end of the conflict in 1999, international and domestic hybrid courts have been the main fora for investigating the most serious war crimes and crimes against humanity in Kosovo and the wider region.

The establishment of the Kosovo Specialist Chambers in 2015 represents the most recent effort to adjudicate a specific set of alleged crimes committed by members of the Kosovo Liberation Army, KLA, during and immediately after the violent conflict.

While the International Tribunal for the Former Yugoslavia, ICTY, is ending its mandate with relatively positive global recognition for advancing international criminal justice, its legacy in the Western Balkans remains contested because ethnic communities remain polarized, victims are dissatisfied, and many perpetrators remain free.

The UN’s Mission in Kosovo, UNMIK, experienced systematic failures to adjudicate war crime cases – evident with delays in handling cases, a lack of continuity within judicial personnel, a lack of training and capacities to deal with war crimes cases, and insufficient protection of witnesses and judges. Later on, the EU’s Rule of Law Mission in Kosovo, EULEX, driven by the logic of short-term impact, prioritized corruption and organized crime cases, as they were thought to be resolved and investigated more easily.

Among local judicial institutions there was a tendency in the past ten years to avoid handling war crimes cases and passing them on to international missions. This reluctance partially derives from the lack of appropriate protection for prosecutors and judges and fear of political retaliation.

Will the Kosovo Specialist Chambers follow the same trajectory of failure as the preceding internationalized and hybrid justice mechanisms? How will the Chambers affect political stability and intra- and inter-ethnic relations in Kosovo? The answer is not clear-cut.

The inhospitable social and political context does not bode well for the Kosovo Specialist Chambers. However, if all local and international stakeholders take on a more proactive role in dealing with the unresolved legacies of the conflict, positive impacts could be leveraged and unwanted impacts mitigated.

In principle, the primary desired impact from the Kosovo Specialist Chambers is to bring justice to the victims, to hold perpetrators  accountable for their crimes, and end the cycle of impunity in the hope that it will leave a positive legacy for peace and justice in Kosovo and the wider region.

The Kosovo Specialist Chambers are likely to provide legal clarity, thereby removing a cloud of uncertainty that has been cast over Kosovo regarding the allegations.

This process will be a challenging test for Kosovo society to demonstrate that it is an open, democratic, and lawful society which respects truth, justice, and the rule of law. It will be also an indirect indicator of the Europeanization of Kosovo society and a collective statement on what direction Kosovo wants to take as a society.

In Kosovo, a more conducive environment is emerging for discussing a wide range of taboo issues that were ignored for many years, such as recognition of the victims of wartime sexual violence and a readiness to engage with and accept multiple narratives of the past.

Still, many legacies of the conflict have been ignored. Beyond providing a measure of justice to the victims, ending impunity, and bringing legal clarity for the alleged crimes, the Kosovo Specialist Chambers could have a positive societal impact by stimulating other initiatives that address the past.

The best possible outcome from the Kosovo Specialist Chambers would be a wider dialogue among Kosovo Albanians and Serbs on the legacies of the conflict, which would set the record straight about casualties and the responsibility for wrongdoings, negotiate terms of moral recognition and material reparation, and undertake constructive confidence-building and conciliatory measures.

While the Kosovo Specialist Chambers may provide a measure of justice for victims and a direct form of accountability for the alleged perpetrators, many, however, are skeptical of its ultimate impact in Kosovo.

Many fear that the Kosovo Specialist Chambers could produce negative effects, such as polarizing further intra-ethnic and inter-ethnic relations; undermining political stability and institutional reforms; delaying the normalization of relations between Kosovo and Serbia; and affecting Kosovo’s international credibility and standing.

The public image of the Kosovo Specialist Chambers is predominantly negative due to its controversial and sensitive mandate, the lack of local ownership and transparency over the process, and the lack of trust in transitional justice in general. Many Kosovo Albanians believe it is unfair that the Specialist Chambers will mainly prosecute war crimes and crimes against humanity associated with the KLA.

Kosovo’s authorities have half-heartedly supported the establishment of the Specialist Chambers due to strong resentment that the Chambers will focus only on crimes allegedly committed by the KLA, while ignoring other unpunished crimes that were not tried by preceding war crimes mechanisms.

This inhospitable social and political environment in Kosovo could significantly undermine the wider impact of the Specialist Chambers and tarnish local trust in international criminal justice.

So far, the international community continues to perceive the Kosovo Specialist Chambers as a positive step towards serving justice for unpunished crimes against minorities in Kosovo. However, foreign diplomats unofficially admit that the consequences of the Specialist Chambers will depend largely on which individuals will be indicted from former KLA structures and how these individuals will react. Protests and local resistance are expected to prevent the prosecution of key former KLA figures. KLA veterans have openly threatened to cause trouble if indictments are issued for the political and military leadership of the KLA.

On the other hand, the Serb community in Kosovo is divided when it comes to Chambers work likely impact. Many believe it is unlikely that the Kosovo Specialist Chambers can bring justice to those who committed serious war crimes.

Among domestic political actors in Kosovo, there are fears that the Specialist Chambers will tarnish Kosovo’s reputation and provide its opponents with the opportunity to undermine the process of securing diplomatic recognition and obtaining membership in international organizations.

Inevitably, the politicization of the work of the Kosovo Specialist Chambers is likely to have a negative impact on the EU-facilitated dialogue between Kosovo and Serbia, which is currently stalled due to the lack of implementation of existing agreements by both sides.

The need for a whole-of-society approach to transitional justice

Despite these potential destabilizing effects, neither Kosovar nor international actors, including the Specialist Chambers itself, appear to have a clear strategy on how to mitigate unwanted consequences.

So far, the absence of a pro-active campaign to inform the general public about the Specialist Chambers in Kosovo has helped the permutation of many negative myths and narratives, which are extensively influencing a negative public perceptions. The viewpoint of the Specialist Chambers that Kosovo’s institutions are responsible for managing expectations is naïve and irresponsible.

The Kosovo Specialist Chambers needs to take a more pro-active approach to dispel myths, rumours, and counter-narratives about the Chambers intention and its proceedings and make sure it reaches out to as many organizations and individuals in Kosovo as possible.

Most importantly, some of these potential risks and adverse effects precipitated by the Specialist Chambers could be mitigated if Kosovar and international stakeholders undertake a whole-of-society approach to transitional justice and dealing with the past. A comprehensive agenda for dealing with the past in Kosovo would require strengthening the efforts of local institutions for prosecuting war crimes through domestic courts; redoubling efforts for inclusive truth-telling, civic commemoration, and non-discriminatory reparations for all social categories; and supporting local reconciliation initiatives. Recent efforts for addressing the issue of the missing persons and the initiative for establishing a Commission on Truth and Reconciliation by the President of Kosovo are welcome steps.

On the other hand, Serbia urgently needs to develop the social courage and political consensus to overcome the denial of war crimes committed in Kosovo. It needs to offer sincere assistance in identifying the remains of missing persons and offer enhanced legal assistance to Kosovo’s authorities for war crimes investigations, and  overcome the nationalist and inflammatory language that currently dominates official government and media discourse towards Kosovo.

The EU should consider incorporating transitional justice issues in the future rounds of the Brussels-mediated dialogue between Kosovo and Serbia. This would ensure that Serbian authorities do not abuse the Specialist Chambers, and Kosovo institutions’ cooperation. The progress in dealing with the past should also be included as a parameter of the integration processes for both Serbia and Kosovo.

Beyond official politics, civil society represents the best hope to mitigate some of the unwanted societal impacts of the Specialist Chambers. Since the end of the conflict, civil society has been at the forefront of promoting pro-peace developments in Kosovo and the wider region. To reach its desired potential, civil society groups need to develop a strategic vision for transitional justice in Kosovo, which entails strengthening organizational capacities and developing tangible strategic communication campaigns and long-term projects.

To conclude, many opportunities have been missed regarding transitional justice in Kosovo. But now the Specialist Chambers should be used as a stimulus to address comprehensively all outstanding legacies of the conflict so that the country moves forward and does not get stuck in a vicious circle of stagnation.

Gëzim Visoka is Assistant Professor of Peace and Conflict Studies at Dublin City University in Ireland. His most recent book ‘Shaping Peace in Kosovo: The Politics of Peacebuilding and Statehood’ was published with Palgrave Macmillan in 2017.

This op-ed is based on a broader forthcoming study which assesses the potential impact of Kosovo Specialist Chambers and Specialist Prosecutor’s Office commissioned by PAX and Impunity Watch.