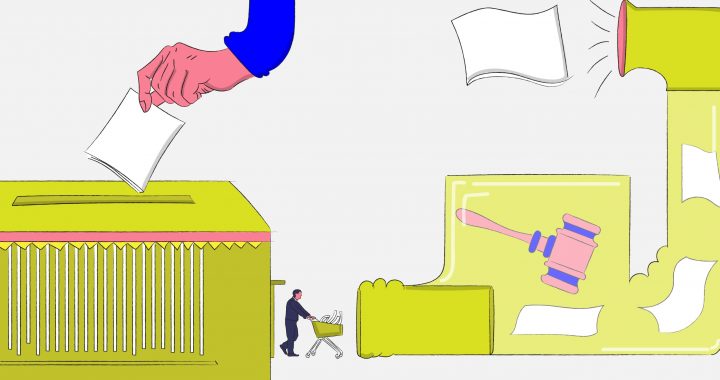 The Constitutional Court’s ruling provides certainty in the short term, but completely changes the political rules of the game and weakens the voice of the electorate in choosing its government.

Late Thursday night, the Constitutional Court issued another momentous ruling: that the President’s decree to nominate Avdullah Hoti as prime minister complied with the Kosovo Constitution. The decision paves the way for the Assembly of Kosovo to elect a new LDK-led coalition government.

Despite domestic and international calls to abide by the Constitutional Court’s ruling, Vetevendosje leader and acting Prime Minister Albin Kurti has already given signals that the party will object to the decision, and it seems likely that protesters will soon fill the public squares of Prishtina.

Vetevendosje have limited institutional options left following the Constitutional Court’s verdict, with a boycott of the Kosovo Assembly and mobilising public support for new elections the likely next steps. Its success will depend on its ability to present a coherent course of action that is both attainable and enjoys the support of the wider public.

If Vetevendosje cannot block the formation of the new LDK-led coalition government at the Assembly through an agreement with PDK and the parties representing non-Serb minorities, it can do little more than publicly question the new government’s popular legitimacy.

Calling early elections will now require the dissolution of the Assembly through a two-thirds majority vote. Convincing MPs at the Kosovo Assembly of the need for new elections seems an almost insurmountable task at this stage, especially considering that the most recent polls give Vetevendosje a convincing lead.

In fact, other parties in parliament now seem far more likely to try and isolate Vetevendosje, potentially even supporting the initiation of criminal proceedings against its leadership based on recent allegations made by the president.

The Constitutional Court ruling has also redrawn the rules of political competition that have been in force since the enactment of the Constitution in 2008 for a second time.

During the 2014 political crisis, a majority of political parties refused to join PDK in forming a new government, insisting that new institutions should be formed by the coalition that commanded a majority of votes in the Assembly. The Constitutional Court disagreed however, its 2014 ruling handing the first right to form the government to the first placed party/coalition at the elections.

The 2020 ruling now allows for new circumstances in which the formation of a government without the party or coalition that won most votes at the election. It also elaborates on disputed issues such as the discretion of the president to identify a political majority at the Assembly that can form the new government, and timelines around doing so.

The ruling has the potential to impact future political competition in a number of ways. Firstly, the ruling has further blurred the connection between what is presented and offered to voters during the electoral campaign and the subsequent formation of the government.

Unless a party wins over 50 per cent of the votes at an election, the formation of the government will now depend even more on deals made between political parties and less on what the electorate has indicated its support for. As a result, voters will find it even more difficult to believe that the political preferences they express at the ballot box are genuinely reflected by the political actors when institutions are being formed.

This will also make it difficult for voters to exercise electoral accountability, and both MPs and ministers will be more accountable to their own party hierarchies than the electorate. This also leaves Kosovo’s democracy vulnerable to external influence, with pressure only needed to be applied to a few key figures within the established political parties.

The ruling will also shrunk the political power of the prime minister. This is likely to dampen the trend of political parties focussing their campaigns around their candidates for prime minister that has emerged in recent election cycles.

On the other hand, the president’s set of competences will be expanded significantly, now able to offer a mandate to coalitions able to command a parliamentary majority in a diverse range of circumstances. This will be particularly relevant in moments when the winning party and president are not politically aligned, and thus strengthen the need for more apolitical presidents.

Expansion of such powers to the Office of the President will empower its constitutional role and influence over institutions, but will not add to the already limited options to hold the president to account for their actions. The president will become one of the main brokers of who gets to govern the country.

The latest political and constitutional dispute in Kosovo is a symptom of a broader malaise that other countries in the region are also facing, challenged with the need to balance the will of citizens, fair elections, the formation of institutions and the quality of democracy.

As political competition between parties becomes more polarised and populist parties are gaining momentum, growing authoritarian tendencies of ruling parties to control key institutions of the political system in order to maintain their power have been observed.

Political transformation is being hindered by skewed political competition, and more emphasis is being placed on political negotiating between parties and less on following the will of voters expressed at the ballot box. The government is becoming a reflection of what political actors manage to achieve in their backroom deals rather than what the people have asked for.