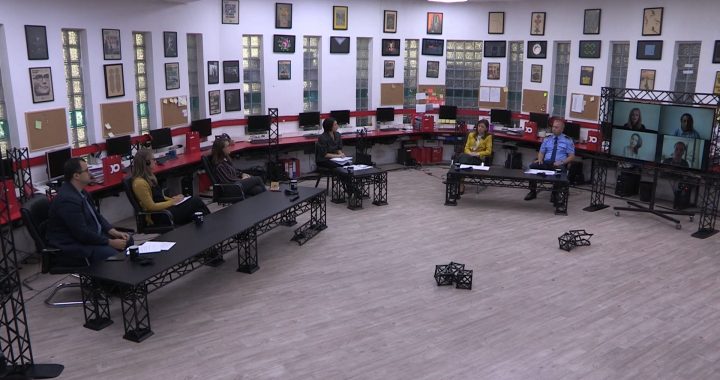 As Kosovo begins to emerge from lockdown following the coronavirus outbreak, activists, journalists, police and government officials reflect on the deficiencies in the country’s sexual and gender-based violence responses revealed by the pandemic.

A slew of consecutive gender-based violence cases were reported in Kosovo a few weeks ago causing uproar among the public, and no person was more vocal than Nerimane Ferizi, an activist from Mitrovica.

“Two severe cases of sexual violence in Mitrovica and two in Vushtrri were reported during the pandemic in the space of two weeks,” said Ferizi. “Not only was there no adequate police response, there was no response from institutions and no media response outside of Mitrovica either. This is so distressing.”

Ferizi condemned justice officials involved in the cases for failing to take responsibility, noting that the Kosovo Police placed the blame on the Kosovo Prosecution Office for releasing all suspects involved.

However, Ferizi added that the problem goes far beyond justice institutions. The reinforcement of traditional gender roles and stigma around sexual violence has taken root in Kosovo society, she says, entrenching a culture of hostility and shame towards women who come forward and report violence.

“We have to do something because as a woman, you’ve got nowhere to go if the police don’t help you,” she said. “You go to our ministries, our departments, our human rights offices, even those who work in gender equality, and you’ll find patriarchy. Even in our safe houses, our shelters and our schools, there are people who function completely in this traditional, patriarchal manner.”

According to Ahmeti, the increase in reported cases of domestic violence during the pandemic signals continued trust in Kosovo Police, while Haxhiu said that the government is working towards improving its coordination to prevent cases like that of Mitrovica and Vushtrri from happening again.

“Generally, we do see this patriarchal approach,” said Haxhiu. “The Ministry of Justice has set up a database where institutions must record and report all their cases, so now, we will be able to monitor the institutional response and see what happens after cases are registered with the police.”

However, journalists and activists that joined the debate agreed that Kosovo’s justice institutions are weighed down by systemic problems that allow violence to go unpunished, and emphasized that Kosovo’s culture of victim-blaming needs to change before real trust in Kosovo’s police, prosecution and courts can be achieved.

Ahmeti, who heads the Kosovo Police Domestic Violence Prevention Unit, says that reporting statistics related to domestic violence increased even during the lockdown, noting a 20 to 25 percent increase in reporting from 2018 to 2020 compared to previous years. According to him, there were 96 cases reported between 1 March and 15 May.

However, the pandemic has made little difference in reporting trends, he believes. “Policemen aren’t psychologists, but I don’t think the increase is related to the pandemic,” said Ahmeti.

According to Tijana Simic-Lavali, an activist working with domestic violence victims in Mitrovica, there was a statistical increase in reporting rates in the four northern Serb-majority municipalities in Kosovo.

“This is what we expected, taking into consideration the lockdown,” Simic-Lavali said. “We received many more calls from women regarding violence, but also more women interested in learning what their rights are and inquiring about how to report.”

Both Simic-Lavali and Adelina Tershani, a project coordinator at Kosovo Women’s Network, commended the Kosovo Police for their cooperation and positive response to recommendations from civil society regarding gender-based violence during the pandemic.

“We requested institutions to take violence prevention seriously and not use the pandemic as a justification for any increase – it might be a trigger, but the perpetrators are to blame,” said Tershani. “The readiness of institutions is worth commending.”

Despite applause from civil society on the support shown by Kosovo Police for victims of domestic violence, journalist and legal expert Kreshnik Gashi noted that a focus on the increase in reported cases hides a larger problem.

“I think the numbers of domestic violence are twice as large as those reported,” said Gashi. “We live in an environment that means when a woman reports domestic violence, she will face even more problems.”

Gashi recalled a recent case in which a woman living in the Municipality of Mamushe was bounced between police departments in Mamushe and Prizren, her case being neglected by officers in both stations.

According to Gashi, the police should have had her security as their top priority, rather than trying to pass the problem off to another department. “It should be the police going to her, not the other way around, and proving that they are there to protect her,” he added.

Co-creator of Kosovo’s first sexual health app and civil society activist Eurisa Rukovci agreed with Gashi, acknowledging that discriminatory attitudes among police to those who report domestic violence are well-known.

“Victims go to the police to report and are re-victimized,” she said. “I want to know what the police intend to do to have a more comprehensive and accepting approach towards women so that other victims feel freer to report.”

According to Ahmeti, police officers have been participating in workshops to address this issue. “We are open to criticism, but measures will be taken if we see inhumane treatment,” he emphasized. “In February, we held four trainings for police Kosovo-wide teaching them about procedures and humane treatment of domestic violence victims and the LGBTI community.”

The neglect of gender-based violence cases does not stop at the reporting phase, said Gashi. According to him, a lack of official standard operating procedures when transferring cases between the police and the prosecution is a key factor that leads to investigations being dropped and Kosovo’s low prosecution rate of perpetrators of domestic violence, giving judges room to be soft on perpetrators.

“If you go to the prosecution and ask them about the manner in which they received the case, they will tell you they got all their information verbally. This leaves a lot of space for neglect and abuse of procedure. How these institutions communicate with each other needs tremendous change,” Gashi said, adding that it is the responsibility of the Ministry of Internal Affairs to improve coordination between Kosovo’s judicial institutions.

Uprooting a long-standing culture of victim-blaming

Women at the debate working in the field of gender-based violence emphasized that the root cause of discrimination towards women who report domestic violence lies in cultural acceptance of abuse.

“Violence against women is reinforced through the many myths about rape that are legitimized in our society,” said Rukovci. “Consent is not a word that is well understood in Albanian. The belief that victims incite the violence and assault against them through their clothing or drinking needs to change.”

One of the most important ways to debunk these myths is to begin having conversations with young men and boys, said Rukovci. “We should be teaching them not to harass and abuse women, in the same way, that we teach them not to lie, steal or deceive.”

Tershani from Kosovo Women’s Network added that working with survivors of gender-based violence has revealed the myriad ways in which women and girls are oppressed in daily life. For many young girls attending Kosovo’s schools, she said, the lockdown was a blessing, shielding them from the harassment they face in the classroom.

“We hear so many stories of physical education teachers touching girls in the class and passing it off as giving them instructions. In biology class, sexual education becomes fodder for their ridicule, and then there are the private conversations in which girls are asked to exchange nude pictures,” she said. “Sexual abuse against girls exists in every school, but the lived experience of victimization that every woman has makes it hard even for parents to believe their daughters.”

Tershani believes that these experiences should be more widely publicized, as a way for Kosovo society to understand just how deep the problem is. “There have been some cases where young girls have been courageous enough to speak out on this, but we need these stories to be told more and more.”