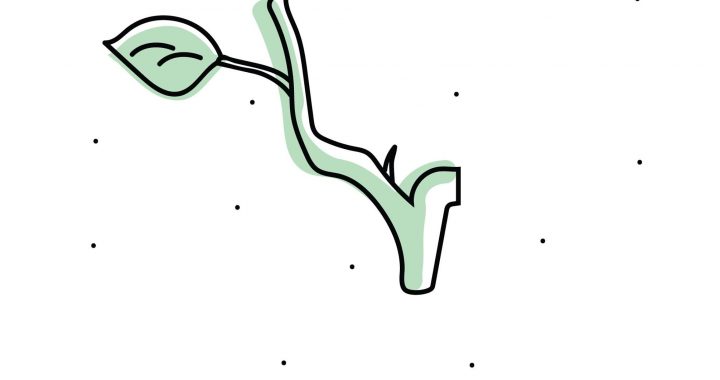 Over the last 20 years, more than 1,000 people have committed suicide in Kosovo, with an average of one person taking their own life every week. Around 70 percent of recorded cases in Kosovo involved men, with people aged between 19-30 the most likely commit suicide.

To help address this issue, in 2019 a team of 29 volunteers established the country’s first suicide prevention helpline, Linja e Jetes (Life Line) after receiving training from staff at 113, a Dutch suicide prevention organisation.

One of the founders of Linja e Jetes, Bind Skeja, tells Prishtina Insight that the helpline provides emotional support to people in a way that is “completely anonymous, completely confidential and completely free of charge.”

“The most basic level of support that a hotline offers is a person that is there to listen to you,” he says. “But we also use techniques we learned from our colleagues at 113 in the Netherlands, which help us deescalate situations.”

According to Skeja, the need for the helpline is self-evident due to the number of suicides and attempted suicides in Kosovo, and that there are “strong indications that the pandemic has made things worse.”

“Lots of things happening because of the pandemic are causing people to experience suicidal thoughts,” he says. “This would be manageable if [Kosovo] had the necessary resources and legislation to start working on suicide prevention, but none of that exists.”

To help expand its operations during this difficult period, Linja e Jetes has launched a fundraising initiative through the KosovaIdeas crowdfunding platform, seeking 12,500 euros in order to train more volunteers and extend its operating hours.

The service currently operates between 18:00 and 02:00, but with added staff and finances Linja e Jetes believes it can extend this schedule by eight hours, and provide services earlier in the day – a request made to the organisation by people in need.

The additional funding will allow the helpline to train a further 30 volunteers as well as cover expenses for transport and group therapy sessions.

Skeja tells Prishtina Insight that the campaign is mainly focused on providing for volunteers and ensuring that they receive the support required in order to manage their intense and emotionally challenging workload. “We want to make sure that everyone who comes to volunteer at Linja e Jetes doesn’t also damage themselves emotionally, doesn’t take on too much so that they burn out,” he says.

Linja e Jetes does not keep records of the number of calls it receives in order to ensure anonymity, but Skeja says that “some weeks the calls don’t stop” and that a minimum of 100 calls are received every month.

Despite this, the organisation has received no financial support from any of Kosovo’s institutions. According to Skeja, a meeting was set up with former minister of health Uran Ismaili through the Finnish Embassy to Kosovo, but that “absolutely nothing materialised from it.”

“We were very disappointed and demoralised after that meeting,” he says.

Skeja tells Prishtina Insight that he always hopes that the next government will see mental health as a priority but adds that even if it does, it will take a long time to be able to provide necessary services.

“In the meantime we want to focus on giving the community the right tools to take care of themselves – for example through self-support groups or by providing virtual spaces to talk to each other,” he says. “If the community is properly reinforced then even if, for example, a therapist isn’t available, we can still create resilience amongst the people.”

To help achieve this, the fundraising campaign also envisions 4,500 euros being allocated to a public programme on mental health, which Skeja says will help expand Linja e Jetes beyond a helpline. “We don’t just want to be a suicide prevention hotline and that’s it,” he says. “There’s a whole network of resources and support that needs to be created for people to receive aid.”

Suicide is an issue that is not going away in Kosovo. In the first six months of 2020 alone, 18 people took their own lives, while there were 53 recorded instances of attempted suicide. However, Skeja believes that changing attitudes towards mental health, especially amongst young people in Kosovo can help tackle the problem.

“We’re seeing a shift towards a more open discussion and more understanding,” he says. “That’s something we want to nurture and keep pushing for so that in the next 10 years it’s not something to be embarrassed about and people can openly discuss [mental health issues]. If that happens, even if institutional support is still low we will start to see a decline in suicide rates.”

To learn more about and donate to the Linja e Jetes fundraising campaign click here.