On the 21st anniversary of the launch of the NATO bombing campaign, we revisit ‘Kush mytet kapet per shkume,’ or ‘The one who’s drowning holds on to the foam,’ a short animated film by Urtina Hoxha which tells the story of activist Ola Syla and her family during the turbulent year of 1999.

Born in 1995, Urtina Hoxha, a graphic designer based in Prishtina, is certainly too young to recall anything from the war in Kosovo. She and her peers learned about life in the late ‘90s mostly through images and stories: television news archives, newspaper clippings, photographs and, of course, memories recounted by their parents or relatives.

“As I was too young to remember it myself, I was always interested in stories from the war – what it was like, what people felt and what the surroundings looked like in those extraordinary circumstances,” Hoxha says.

“So I began doing some research, and the idea came to me to recreate a real life experience of the war, especially highlighting the NATO bombings, through animation.”

Hoxha, who spends her time drawing, creating animation and working at a local all-women design studio, launched her animated short film, ‘Kush mytet kapet per shkume’ (‘The one who’s drowning holds on to the foam’), in December 2019 at Dit e Nat bookshop in Prishtina.

Hoxha’s short film begins in Prishtina, in the midst of the NATO bombings in the former Yugoslavia, which began on March 24 and ended on June 10, 1999, lasting for 78 days.

Hoxha combed through the archives of the Oral History Initiative Kosovo to search for inspiration, drawing from real-life retellings of people’s experiences during the war.

According to her, she was most inspired by the stories of women and their roles during those difficult times, particularly because men are the usual protagonists in the stories of this period of Kosovo’s history. 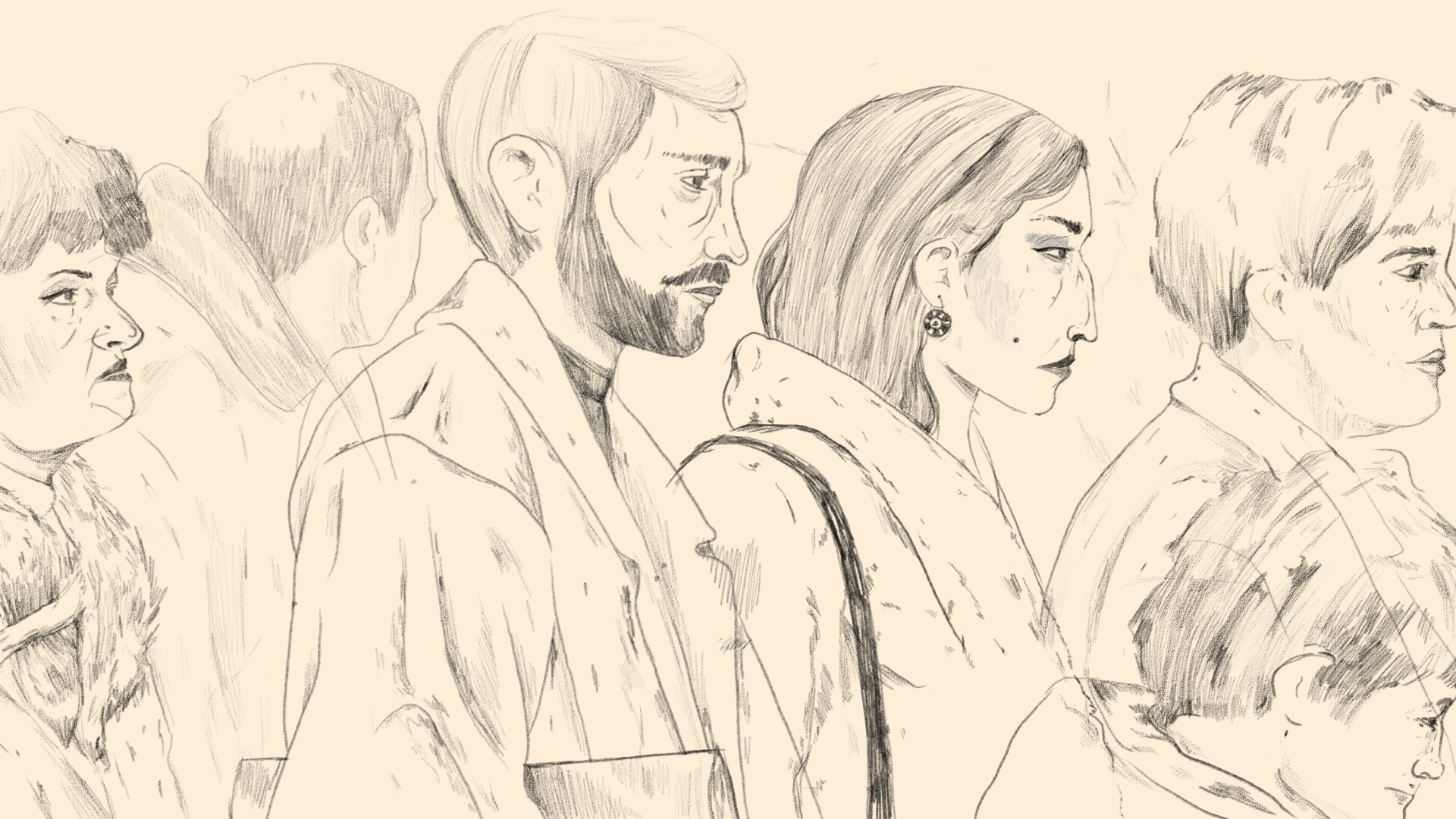 “During my research, I was amazed by the stories that women told,” she explains. “I realised that it’s not very common that we hear their side of the story, and I decided that it is women’s stories that I wanted to highlight.”

The story that stuck with Urtina most was that of Ola Syla, a women’s rights activist from Istog who lives in Prishtina. During the NATO bombing campaign, she struggled to protect her family of three men, her husband and two young sons.

In the film, Ola Syla describes her daily activities during the war. As it was safer for her as a woman, she explains, she took it upon herself daily to leave the safety of their apartment to shop for groceries and bread, things she often could not acquire for her family because of the long queues of people hoping to find the same.

In one of the most emotional sequences of the film, Syla describes how despite the extraordinary circumstances, she tried to create a “normal” atmosphere for her family.

“We tried to live a normal life, considering the circumstances,” Syla recalls. “I remember it was the fourth day of the bombings, and it was also Bajram. I made my usual Bajram lunch, and called my husband and sons to the table. I opened up a bottle of wine and made them cheer, making them promise that next Bajram we will be again in this house together and healthy. It wasn’t normal to drink wine to celebrate Bajram, but at that time nothing was normal.” 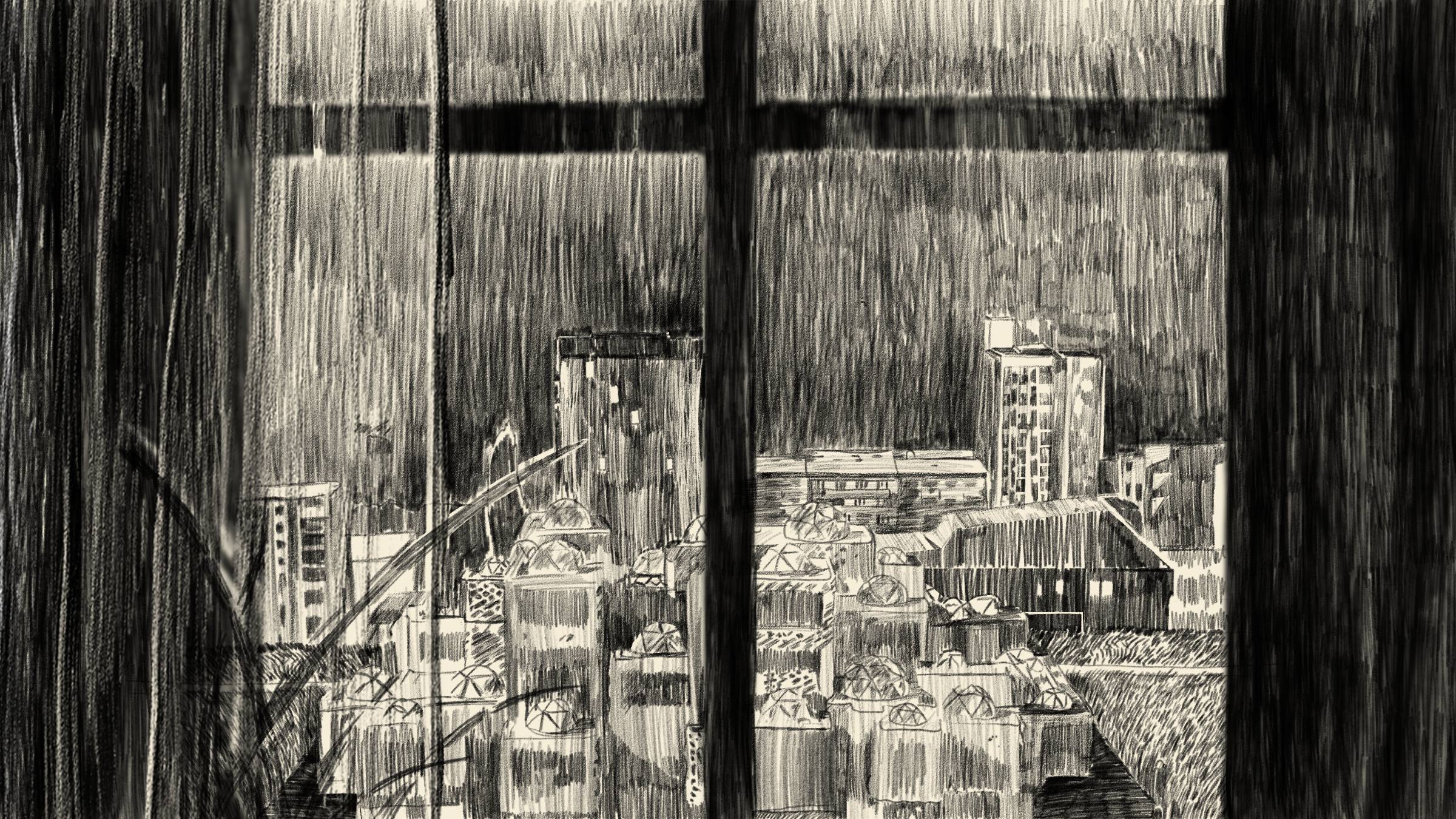 The film follows Syla as she walks through the city of Prishtina, describing her life in her apartment with her family, and the moment that they decide to flee the war and head first to Macedonia, and then Albania.

According to Hoxha, using animation to recreate Syla’s experiences can be both entertaining and powerful for viewers. “Animation is a very important visual tool that can be used to tell a story, it is visually pleasing and often very fun to watch,” she says.

The animation style used in the film was influenced by the time Hoxha spent looking at pictures of the city from the 1990s. She tried to find images depicting the typical interior design of homes in Prishtina, and looked for fashion references in pictures of protests at that time to design her characters.

“During my research I looked at a lot of pictures of the city, for me to see what it looked like. I looked at pictures or typical Yugoslavian interiors on the internet and checked if homes looked like that in Kosovo, too,” Hoxha explains. “The way I designed clothing in the movie was inspired by ‘90s protest pictures in Kosovo, especially the women’s protest with bread in 1998.”

The protest was organised by the Women’s Forum of the Democratic League of Kosovo, who marched from Prishtina towards Drenica in March 1998 under the slogan “bread for Drenica women and children.” Protesters held loaves of bread in the air as they marched, a sign of solidarity with women and children in Drenica, who were under threat of starvation as a result of the forced isolation they were in due to threats from the Serbian police.

At the end of Hoxha’s film, Syla explains how it was a common perception at the time that well-dressed women were less likely to be stopped and interrogated by the Serbian police or paramilitaries. She recalls what her sister-in-law, who had already fled to Macedonia, told her on the phone.

“On the day you take the road, Ola please, dress up well! Tidy yourself up, put make-up on and put on your best looking clothes. Because if you are dressed well and you’re looking good, it will be easier to cross through checkpoints.” 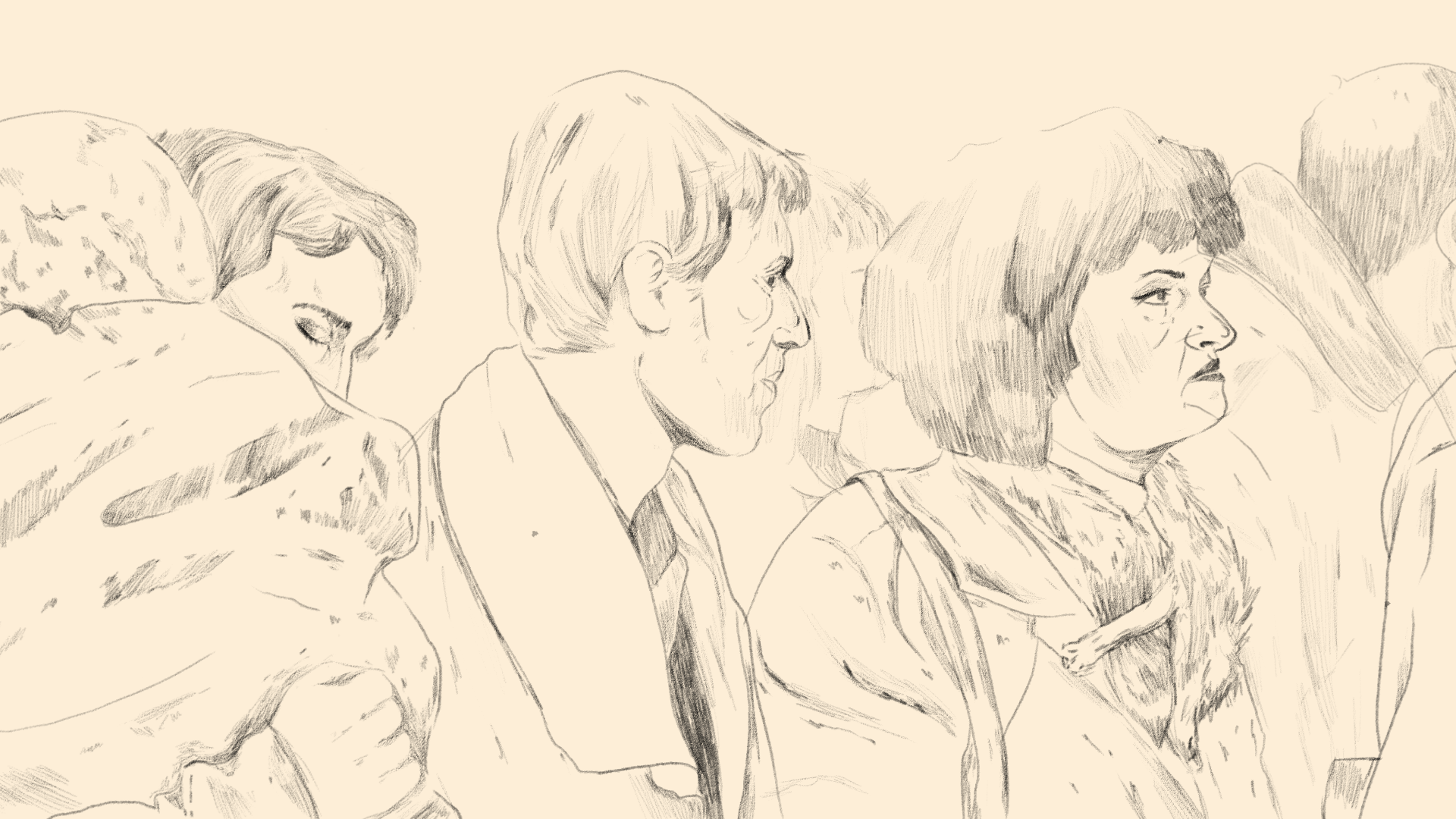 Commenting on her sister’s-in-law advice, Syla references an aphorism, or “something that old women say” as she puts it – ‘the one who’s drowning holds on to the foam.’ This saying, which means that those who are struggling will do everything they possibly can to survive, inspired the title of the film.

Hoxha, who has already started to work on her next animated film, says she wants to continue to create similar short animations that bring women’s experiences during the war to the fore, aiming to make their stories more visible.

“I believe that these collective memories cannot and will not be found in history books,” she says. “Animation is one of the best and most effective ways to tell these stories.”

by Jack Robinson
Next: Opinion