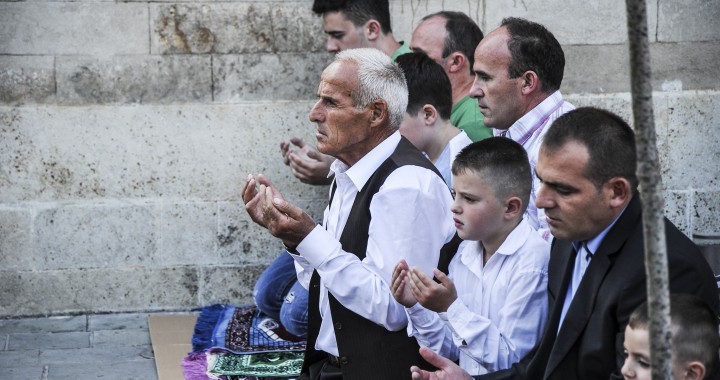 Terrorism in Kosovo: One thing not to worry about

Despite the New York Times’ front-page article, Kosovo is one of the last things Americans should have to worry about.

Last week’s front-page New York Times piece on radicalization in Kosovo is every diplomat’s nightmare: a well-written, prominent story with solid facts that contradict what his or her government wants the Americans to believe. But there is another two-thirds of the story that got short shrift:

– the Kosovo government has already reacted vigorously and effectively to the inroads Islamic extremists have made, and

– Kosovo Albanians as well as their government remain overwhelmingly and enthusiastically pro-American and pro-European.

The article would have been a clarion call to action three or four years ago. But today it is largely old news. The story of relatively high levels of extremist recruitment and Saudi funding Carlotta Gall tells has already been amply documented. In fact, radicalization according to Adrian Shtuni is not uniform across Kosovo but focused in four municipalities: 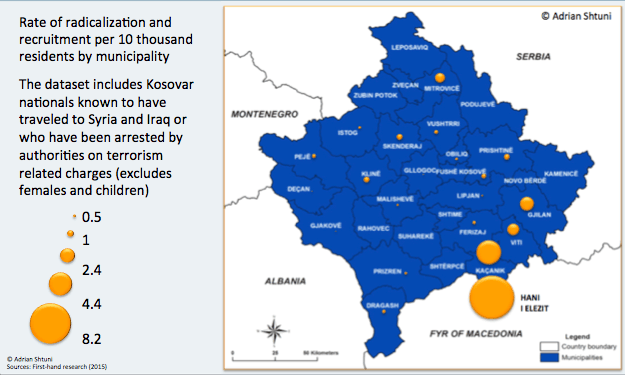 The Kosovars themselves have spilled a lot of electrons on the subject, in particular the Saudi connection that is one of Gall’s main, and well-told, points. They figure:

The Kosovo government is claiming there have been no known Kosovar recruits to the Islamic State (ISIS) in the past year or so. To my knowledge, no one is denying that claim.

ISIS recruitment worldwide is down overall, due to its loss of territory and fighters over the past year. But in addition Pristina has been conducting a legal crackdown, described by the Police Director earlier this month in Brussels. It includes 110 arrests, 67 indictments and 26 convictions so far. This is not an easy thing to do for a young country still not a member of Interpol with lots of other problems. But it is getting done. The government has also prepared a 2015/20strategy for countering violent extremism covering early identification, prevention, intervention and de-radicalization and reintegration.

The overall political environment is favorable to blocking ISIS recruitment: Kosovars are remarkably pro-NATO and pro-Europe, with over 90% supporting membership in the Alliance and the European Union. Despite divisive domestic politics that have led to street demonstrations focused on the wisdom of continuing Pristina’s dialogue with Belgrade, dissenters from the Euroatlantic path Kosovo has chosen are few and far between.

Americans are quick these days to see threats, in particular from Muslim populations. Kosovo however is a constitutionally secular state whose mostly Muslim population is as friendly to the West as any on earth. The Alliance saved Kosovo Albanians from Serbia’s effort to expel them in 1999, has protected the country ever since and is now in the process of helping it to build up its security forces. The European Union has been generous and helpful, providing most of the NATO troops deployed there and much of the international aid. It is not surprising that most Kosovars view Washington and Brussels as friends and protectors, not enemies.

Of course there are some individuals who feel differently. Unprovoked, a Kosovar killed two US airmen five years ago in Frankfurt. Other incidents may happen. What we need to do to ensure they are few and far between is to continue to help ensure the success of Kosovo’s democracy and economy, as well as its application of the rule of law. Despite the Times’ front-page article, Kosovo is one of the last things Americans should have to worry about.

This article was originally published on May 23, 2016 on http://www.peacefare.net/. 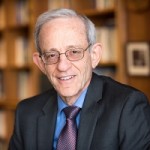