For decades, Kosovo’s village shops have served not only as a place to buy essentials but as a focal point for the local community, a spot for socialising and sharing stories.

A big bottle of water and a few bags of detergent outside the door signalled that the shop was still open in Banja, a small village near Malisheva. However, inside, owner Daut Suka was having a quick nap. Clearly no customers had been in for a while.

In 1984, Suka’s 20-metre-square store became the first shop to open in the village, but for its 57-year-old proprietor, these days it is more a place of memory and nostalgia than a means of providing income.

“When I opened the shop I couldn’t wait for the midday break to get a bit of rest as I had way too much work,” Suka reminisces.

As well as bringing goods to the village, the shop also served as a meeting point for residents of Banja and other neighbouring villages, something Suka recalls fondly. 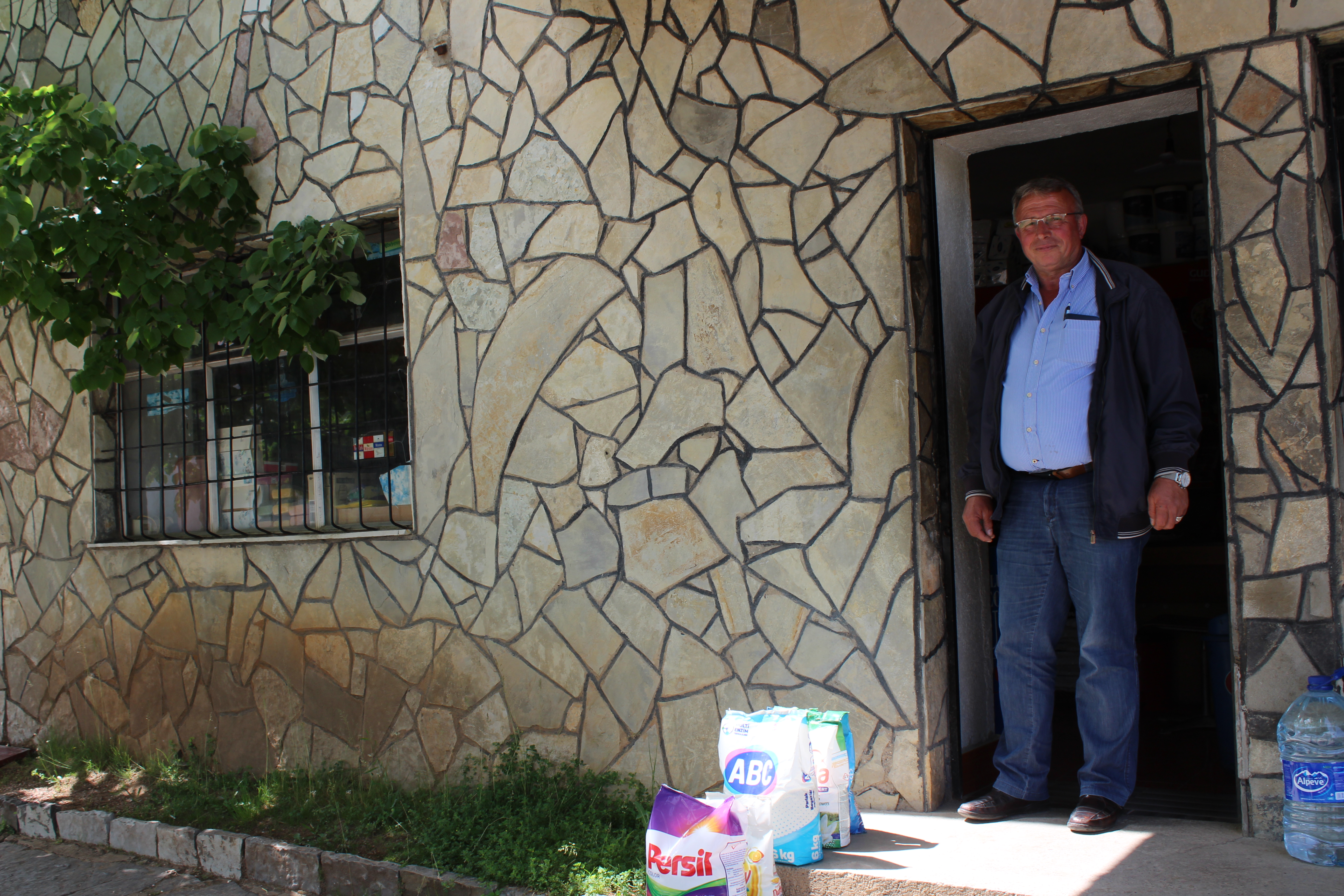 Daut Suka infront of his shop that was opened in 1984. Photo: Agan Kosumi.

“I remember pensioners came here for Jupi Suharekes [a fizzy drink produced in Suhareka] and Erennik juices from Gjakova,” he tells Prishtina Insight. “Teachers used to come after lessons and drink beer, and I stayed open late for workers from the vineyards.”

For Suka, hosting so many groups of people meant that owning a shop was something of a privilege. “I was a somebody among my friends in the village,” he says. “I even had customers from other municipalities.”

Suka believes that his shop acted as a focal point for the local community and created strong bonds between people. This was especially true in Kosovo’s dark days in the 1990s, when thousands of people were dismissed from work by the Yugoslav regime as ethnic tensions rose.

“This shop gives me the feeling of being close to the people, and one cannot forget those times,” the shopkeeper says. “It was a strange feeling, how tied people were to one another, but maybe it was because we lived under occupation and we stood together.” 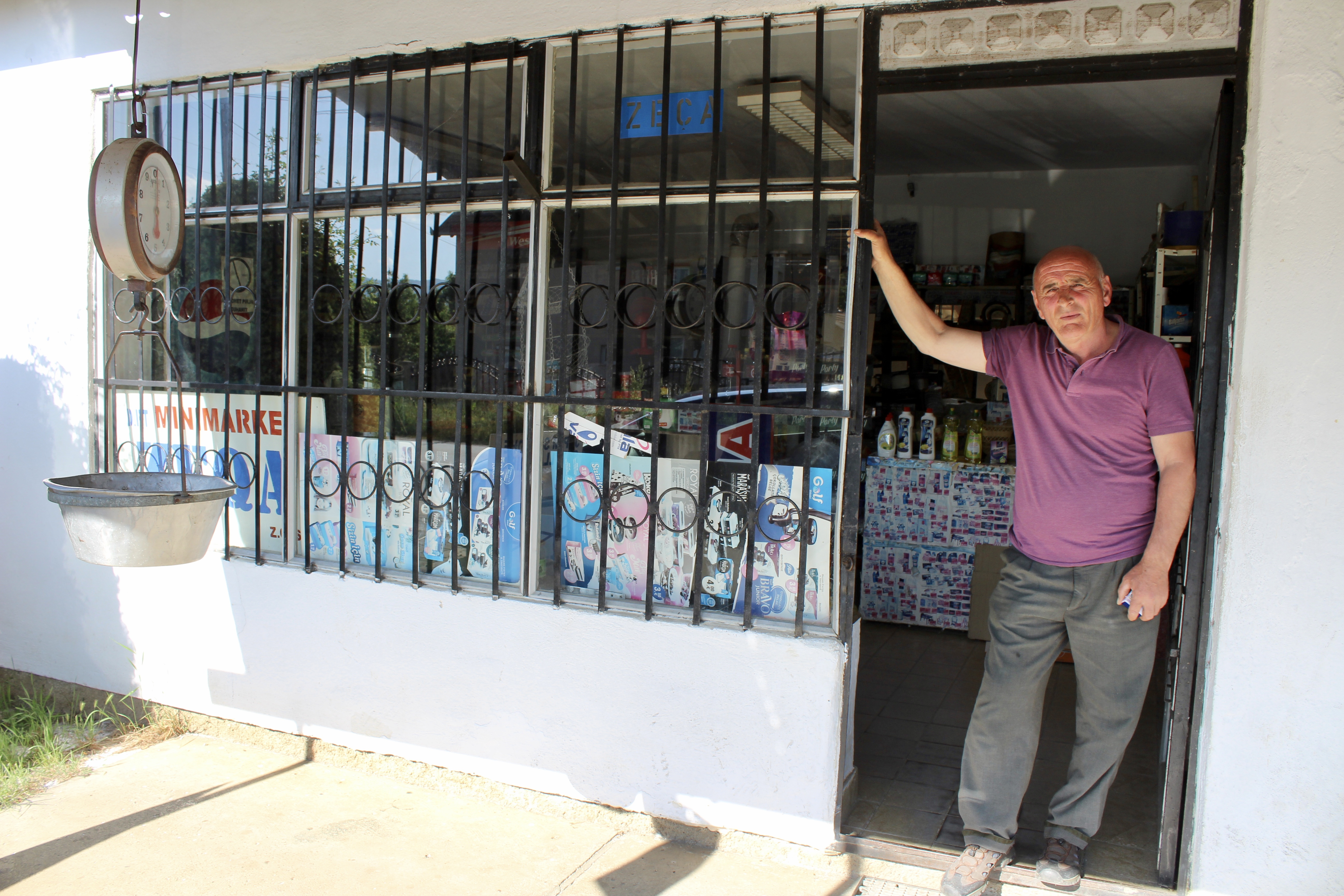 Zeqir Gashi was one of those who lost his job in the Yugoslav socialist system during the ’90s. In 1997, just before war broke out in Kosovo, he converted his former state-owned agricultural warehouse in the village of Bajcinca near Podujevo into a small shop.

With the difficulties of life in Kosovo in the 1990s, Gashi’s local store soon became both a place of solace and a source of information.

“The people found pleasure here, as there was no other place to go,” he says. “And as the old saying goes: ‘It is in the shops and the mills that you understand what is going on.’”

There are still traces of the difficulties of that period present in the shop. “Beers were regularly served here until 1 a.m. before and even after the war,” Gashi says.

“Power blackouts were frequent and we lit candles or these kerosene lamps,” he adds, pointing to the lamps still hanging in the shop.

‘A place to laugh and swear freely’

For Bashkim Kabashi from the village Krushice e Vogel near Suhareka, the village shop was always the place to be. His family opened the small store in 2001, when he was just 16, and for Kabashi, its wooden shelves symbolise his youth and hold many memories.

“I spent my adolescence here, hanging out with people of all ages,” he tells Prishtina Insight. 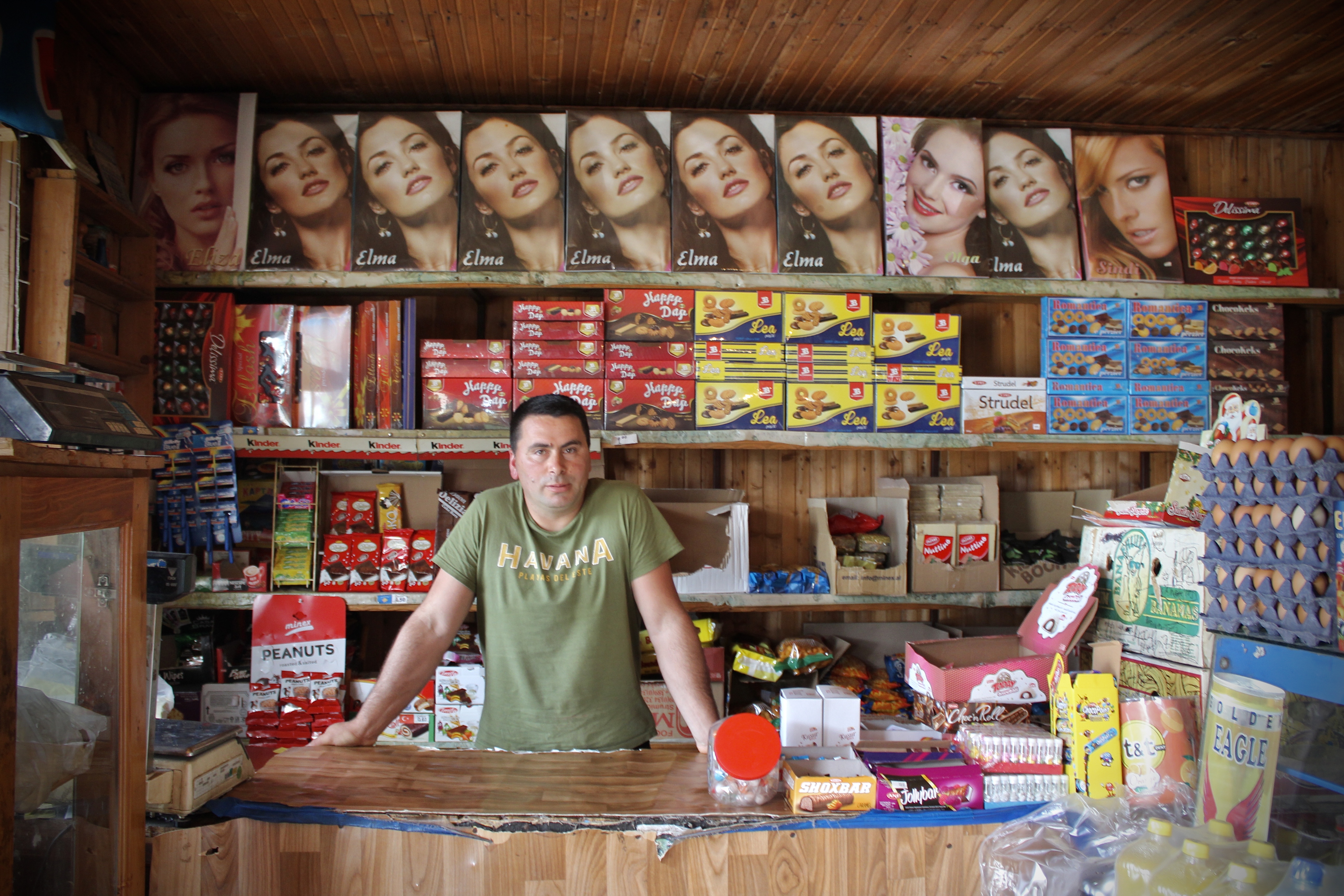 Like many local shops in Kosovo, a small corner of Kabashi’s store has a table and chairs for people to stop for a drink or a snack, sometimes late into the night.

He says that the shop was typically visited mainly by men, and was a place to have conversations that were almost impossible to hold outside. “It was easier to talk, to swear, to laugh loudly – do you get me?” he asks rhetorically.

Kabashi says that the shop still hosts small gatherings of people, especially during the winter. The nearest town, Suhareka, is 15 kilometers away.

“It’s not as it used to be, but we still gather – particularly when our diaspora are back,” he says. “It’s impossible for them not to visit us. ‘We grew up here!’ they always say.”

The threat of the supermarket

Despite their important role in the community, the village shops’ continued existence is threatened by the supermarket chains and shopping malls that have sprung up across Kosovo in the post-war era.

In the village of Metehi, there are around 200 houses and two local stores, one of which is owned by Behram Halili.

Asked if he is thinking of shutting the shop due to the many supermarkets that have opened in nearby Podujevo, 69-year-old Halili says that he doesn’t know whether the business, which he opened following the Kosovo war, can keep going.

However, what saddens Halili more is the loss of the shop as a social hub for Metehi. “There always used to be people in the shop who came and shared their concerns here,” Halili says, adding that the village is less lively than it used to be.

“We used to gather regularly after dinner and drink,” he says. “There were many youngsters and the village was alive. Now, there is just a deathly silence.”

The same concern about the viability of the business is shared by Daut Suka, who says that the more than 10 supermarkets that have opened in Malisheva have had a big impact on business.

The shopkeeper says it’s very difficult to make ends meet with the income from his shop. “The supermarkets have damaged us a lot,” he tells Prishtina Insight. “But I am old now and have no option but to keep running the shop. I spend my time here.”

The competition from supermarkets in the city means that Daut’s son, Bashkim, sees no reason to spend money renovating and expanding the shop, which serves around 30 houses in the village.

Meanwhile for Zeqir Gashi, selling tobacco and beer keeps the shop open, but he and other shopkeepers need to look for other work in order to make a living.

“Can’t you see? We’ve been here for two hours and no one has been in the shop,” he says.

by Klarisa Fetahu
Next: News