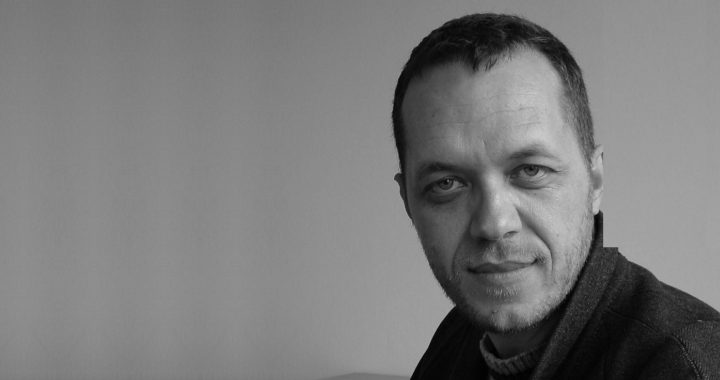 Playwright Jeton Neziraj remembers Bekim Lumi, the Kosovar theater director who died on July 30 after a long battle with cancer.

A few days ago, the well-known director and professor Bekim Lumi died at a relatively young age in Prishtina. He passed away after a long battle with cancer. For all the years since the end of the war, Lumi (as we always called him endearingly) was the most original, unique, intelligent and sophisticated voice of the theater scene in Kosovo and beyond.

He was the director of amazing plays; some of the best plays performed in the last 20 years in Kosovo. He was an extraordinary artist, uncompromising in his aesthetic choices and in his vision of theater-making. He was also uncompromising in debates about theatre and the cultural life in Kosovo.

He was an excellent speaker, one of the most extraordinary speakers I’ve met in my life. His contribution goes beyond that of the artist, because with his work he was emancipatory, not only as a professor but also as the publisher of the theater magazine “Loja”.  He was a journalist, a writer and an observer, who managed to intelligently articulate phenomena and cultural and social events in the Albanian world.

Lumi reformed the Kosovar theater, reformed its aesthetics, as well as the process of making theater. When he arrived after the war, theater in Kosovo was struggling with passe artistic forms – our stages were filled with mediocre plays, poorly, quickly done, executed without commitment. “Mesimi” (The Class), Lumi’s first play in post-war Kosovo, left many people breathless for its brilliant execution. The play inspired all of us artists who had the fortune to see it.

Afterwards, all of his later plays were fresh in approach, visually rich with actors who stunned with their play. Lumi was a sort of a theater avant-garde, especially in his last plays, where the investigative element and a long-research process accompanied the theatre-making. He made minimalist plays: the stage usually completely stripped and empty, with only a representative prop on display, with actors who moved and acted to perfection, with precision and harmony.

Lumi loved theater, he was a devout ascetic in that regard – perhaps even the most devout that Kosovar theater ever had. He believed in theater and took it very seriously, just as someone of piety would take religion. He was entirely and genuinely given to theater. I did not like all of his plays, but even his weakest play was better than any other I’ve seen directed by some other Kosovar director.

In addition to being a director, Lumi was involved in the cultural life of Kosovo. As a professor of theater directing in the Faculty of Arts he produced many young directors, who today represent the most promising talent. Lumi was one of the most powerful critical voices in theater and cultural development in the country.

He was an authority, convincing with arguments, and persistent in his views regarding various phenomena in our “tiny cultural bazaar,” as he rightly called our small cultural scene. He was uncompromising to the point of obstinacy.

When the news of his illness became public, I heard various people in Kosovo and abroad talking about his political activism in the 1980s. Naturally, I already had some information, but for the most part, I had not been aware.

People were telling me stories about him with admiration, those who were part of the illegal resistance – ilegalja. They had been student activists who started working in the 1990s in Tirana or political activists who were active in Germany at the end of the 90s. It seems that Lumi was particularly active when he stayed in Germany at the end of the 90s. Recently, I had the opportunity to watch videos of Albanian protests in Germany in the 1990s, in which Lumi is moderating, presenting or speaking to the hundreds or thousands of protesters. He spoke with passion. Articulated, convincing, passionate, with words that took you over. He also sang in front of the masses. But we never talked about his activism during that period. Perhaps he also did not mention that period to many people, at least not to his post-war friends. And that is why I believe that more people need to talk about this period and illuminate his contribution as a student in Prishtina and Tirana, and as a political activist in Germany. Only this way, we can complete his portrait as an artist, political activist and intellectual.

When Lumi began rehearsals for his last play “Arturo Ui” early last year, his medical prognosis was terrible. But he continued rehearsals with obstinacy, forced to intermittently stop them due to therapy and the frequent medical appointments in Germany. What began as a two month rehearsal, became a tiresome work in progress that would not end.

The actors, nevertheless, were loyal to Lumi to the end, despite the stress, his tantrums and the irregular work, which was anything but normal. And perhaps what I’m going to say might sound like an urban myth, but some of the actors believed (as do I) that he had tied his life to this play. It seems as if he started to believe that once the play ended, he would die the day after the premiere. It seems like almost unconsciously he had made a pact with death, which dared not come before the premiere. Thus, he was postponing the premiere, from one month to the next, and on to the next one, infinitely… It would seem that death too respected the deal, hanging over his head like a hawk, attacking him, but waiting for the premiere for the final scene.

In decrepit health, weary from pain, Lumi would come to the rehearsals, meet the actors and continue his work. Until finally, he was forced to set the date of the premiere: June 14 of this year. After 15 months of rehearsals, the premiere had a set date. It was clear that it would happen and the date would not change again. On June 13, Lumi held the general rehearsal, but the next day he was unable to come to the premiere. His condition worsened. The pact with death was executed. He was the winner nevertheless. The premiere was played amid tears and powerful emotions, both for what was going on the stage and for the missing director.

Those who had started to believe the pact with death, knew that he would never climb the stage alive again.

On July 31, before he was accompanied to the Prishtina graveyard, Lumi’s casket was placed in the middle of the stage, together with the coffins of the other characters in the “Arturo Ui,” during a single scene acted for friends, colleagues and many other people who had come to bid Lumi goodbye. Bekim Lumi belonged to the stage alive and returned to it for the last time dead. Is there a more dignifying death for an artist than this?