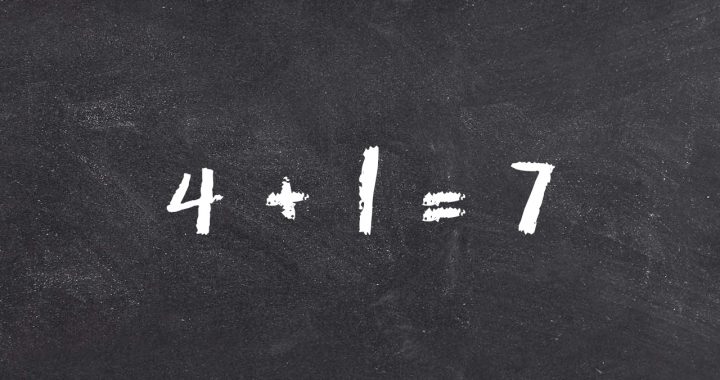 Manipulation of economic data might give the PM three days of glory, but it doesn’t change the difficult state of Kosovo’s budgetary bottom line.

For many years, Greece managed to conceal the real state of its economy, deceiving creditors by fixing papers. In order to be qualified for the euro, Greece needed to keep inflation under control and maintain a budget deficit of under three per cent of the GDP.

To keep inflation under control, on the day inflation would be measured, the Greek government removed expensive products from the consumer price index and added cheap ones. “Thus, instead of lemons, the consumer basket included oranges,” wrote Michael Lewis after the Greek financial crisis.

Recently, Prime Minister Isa Mustafa and some of his cabinet ministers started an extensive social network campaign to prove that Kosovo’s economy is growing, and as a result there is growth in the employment rate, the GDP, the state budget and a better ranking in the Doing Business report.

But why does no one except for Mustafa’s cabinet (only part of his cabinet to be precise) notice this virtual progress? Is the Government of Kosovo, in a way, also trying to “substitute lemons with oranges” in order to conceal the real state of the economy?

There are at least three falsehoods being propagated by the government of Kosovo: the amount of state budget, economic growth and the unemployment rate.

For many weeks, government officials have consistently declared that for the first time in its short history, the state budget for 2017 will exceed the two billion euro mark. But, when we talk about budgets, be they personal or public, should one focus on revenue or expenditure? If we focus on expenditure, then it is true that the 2017 budget will go a bit over two billion dollars.

The other untruth spread by the government of Kosovo is that Kosovo has the highest economic growth in Europe. In a Facebook post, Mustafa cited  a report by the IFO institute of the University of Munich which states that Kosovo is the only country in Europe that has a four per cent increase in GDP this year.

The way that this fact was presented made it is seem as if Kosovo was doing better than any other place in Europe. But, the opposite is actually true. If Kosovo has a 4.3 per cent annual growth rate, while Italy has 1.1 per cent, Denmark has 1.4 per cent, Switzerland has 1.5 per cent, it does not mean that Kosovo is much better off than these countries. As Dren Pozhegu argued in an analysis, if Kosovo continues with this growth rate, it will take 95 years for the country to reach the level development of these European countries.

According to economist Ruchir Sharma, poor countries usually have a higher rate of economic growth. In order to set an acceptable standard for economic growth, the average annual income per capita has to be considered. For undeveloped countries with a per capita GDP lower than 5,000 dollars per year, any annual growth under five per cent is insufficient.

Thus, since Kosovo has a per capita GDP of 3,786 dollars, it needs to aim for a minimal annual growth of six per cent; anything under that that means economic regress or, in the best case scenario, maintaining the status quo.

Last week, the Kosovo Agency of Statistics, ASK, published the Labor Force Survey for 2016. According to the data, the unemployment rate in Kosovo is 26.2 per cent. Arban Abrashi, Minister of Work and Social Welfare, quickly reacted by expressing his happiness that the rate had lowered by 9.1 percentage points, while Prime Minister Mustafa stated that this is the lowest rate of unemployment in the last five years and this has come as a result of economic growth.

But, how real is this decrease in unemployment? According to ASK, 62.2 percent of people who are of working age are economically inactive. Basically, this  means that they are not only unemployed, but are also not actively seeking employment. Thus, according to ASK’s logic, 732,682 people in Kosovo are able to work but they are not employed, yet are not considered unemployed. The rate of inactivity amongst the workforce has grown by 3.8 percentage points in contrast to 2014.

How absurd is it to think that over 732,000 people who are capable of work do not want to work is also proven by the Family Economy Budget Survey 2015 according to which, over 70 per cent of the family budget in Kosovo goes towards basic things like food and shelter. The same report also says that for about 90 per cent of citizens, an unexpected expense of 500 euros would be a difficulty. Considering this, how can one believe that these citizens who live in such socio-economic conditions do not want to work?

The employment data published by ASK refute both the prime minister and minister of Work and Social Welfare who, at the end of 2015, said that 17,000 new jobs were created during that year. According to ASK, only 5,128 were created in two years.

The Ministry of Work and Social Welfare, MPMS, has stopped the publication of the periodic report called “Work and Employment,” a detailed statistical report about employment services, which would offer a more realistic overview of MPMS’ work regarding employment services. In May 2016, the GAP Institute sent a request to Kosovo’s Tax Administration, ATK, to access data on employment by business in 2015 but never received a response. ATK’s data shows that in 2012, 11,701 new jobs were created, in 2013, 11,160 jobs and in 2014 only 5,797 new jobs. Why did the unemployment rate surprisingly fall by 9.1 percent after the data was unavailable for two years?

According to the prime minister, whoever does not accept Kosovo’s progress is “a blockhead and a bandit.” I would agree if we had any kind of progress going on. But, how should one call someone who manipulates official data only to manipulate the unemployed and the poor of the country?!

Dec 8, 2016. Corrections: a previous version of this story mistakenly referred to percentage points as percent when measuring the unemployment rate and workforce inactivity.