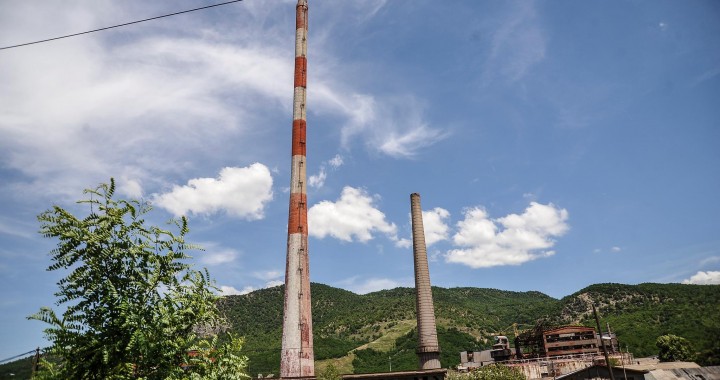 The Trepca law: why the government’s reply confirms my criticism

In an ongoing debate, Capussela responds to Toci’s defense of the Trepca law by accusing the government of ineptitude and insisting that it violated democratic process by pushing the law through without a proper discussion.

Two days ago I argued here that the new law does nothing to resurrect Trepca, and that the way in which it was approved humiliated Kosovo’s parliament. Yesterday Dr Valentin Toci, economic advisor to Kosovo’s prime minister, published a response to my article. I am grateful for it, because it is intellectually honest and interesting. But what Toci writes does not lead me to change my position, because it confirms my analysis.

I have no objection to Toci’s description of the law and the facts, and I accept his complaint that my article neglects the aspects of the law that he underlines. I neglected them because I find them secondary. My analysis is that the law does not make a choice on what to do about Trepca (restructuring, privatization, liquidation, or a mixture of the three), and it does not make that choice because Kosovo’s authorities still have no plan on Trepca. In the absence of such a plan, the law is empty: what Trepca and Kosovo need is a clear choice, not a law outlining what the possible choices are.

The heart of Toci’s reply on the merits of the Trepca law is in points 2–4 of his article. He writes that thanks to this law “[N]ew business units may be established,” and that the law opens up “many possibilities for the development of the company” (points 2 and 4, respectively; the italics are mine). This is true, but my point is precisely that Kosovo’s authorities have not yet decided which one of these “many possibilities” they wish to pursue. So, Toci confirms that there is still no plan on Trepca.

Toci blames Kosovo’s Privatization Agency, KPA, for this delay: “[i]t took decades and the KPA couldn’t come up with a good reorganization plan,” Toci writes in point 3. True, but is it KPA’s fault? Or is the delay the sign of a systemic failure? Let’s be charitable and leave UNMIK’s and ICO’s failures aside. Let’s focus on the 2008–16 period, during which KPA was administered by a board of directors the majority of whose members –five out of eight – were chosen by, and accountable to, Kosovo’s parliament (the other three were chosen by the ICO, and in 2008–11 I was one of them). Why didn’t Kosovo’s government and parliament react to KPA’s negligence? Why was Trepca taken away from KPA only now, after eight years of inaction? My answer is that KPA’s negligence signals a systemic failure (including because KPA was only formally independent of the government: de facto, it was heavily influenced by politics). This is why that I think it is legitimate to blame Kosovo’s political class for this delay.

I turn to the secondary aspects that Toci mentions (points 5–7). Yes, the law grants 20 per cent of Trepca to its workers (point 5) and 20 per cent of the royalties it will generate to the local communities (point 6). But for as long as Trepca will keep producing mainly losses these 20 per cents will be worth nothing. Again, until a workable plan is adopted and successfully implemented these are empty promises (and reversible ones).

A more delicate issue is the treatment of Trepca’s creditors (point 7). I recall that their claims were very large. Contrary to this, Toci writes that “according to some recent data, [the creditors’ claims] may be relatively negligible.” This may well be true, but I would make a more general observation. On each of the four occasions in which Kosovo has sought to attract significant investment from the international financial markets (the two tenders to sell PTK, and the two Kosovo C tenders that preceded the current negotiated procedure) it has failed, and it has failed in ways – i.e., by withdrawing the tender, delaying its completion, changing its terms, or pulling out of the sale contract – which are usually seen as unacceptable, and for which only Kosovo’s authorities are responsible. This has harmed Kosovo’s credibility as a reliable interlocutor of large foreign investors.

So, the way in which Kosovo will deal with Trepca’s creditors is likely to be scrutinized carefully. Should future potential investors judge that Kosovo has not treated Trepca’s creditors fairly, they would have one added reason not to invest in Kosovo. In other words, should Kosovo’s government fall into the temptation to save some money to the detriment of Trepca’s creditors, it might lose valuable – potentially much more valuable – opportunities later. This is not an argument that will carry much weight before an inept and irresponsible political class, however, and I hope that its advisers will help Kosovo’s government to avoid that mistake.

I turn to the last point of Toci’s response, in which he confutes my criticism of the way in which the Trepca law was approved (point 8). Again, I take the facts as Toci describes them. To explain why the law “does not humiliate Kosovo’s parliament,” which was my critique, Toci states that the draft law was thoroughly discussed before it was presented to the government and the parliament, and “was designed in a such way that for an MP could be absorbed for its objectives very quickly.” For these reasons, Toci implicitly argues, it was no problem if parliament was given only a dozen hours to read the law and approve it (twice). So, in order to challenge my criticism of the use of parliament as a voting machine Toci has effectively theorized that practice.

Let me explain. Let’s assume that thanks to the discussions and conferences that preceded it the draft law was a good text, and was also easy for MPs to read and understand. This is not enough to support Toci’s argument, however: logic requires one further assumption, namely that there was nothing useful to be expected from the parliamentary discussion of the law. Indeed, this assumption is the core of Toci’s argument, because the core of my criticism is that the parliamentary discussion of the law was a fiction. More precisely, to say that it was no problem if parliament was given only a dozen hours to read and approve the law, Toci must necessarily (1) assume that the discussions and conferences that preceded the drafting of the law were an acceptable substitute for the parliamentary discussion of it, and (2) exclude, or at least greatly discount the possibility that MPs – and, during the two weeks that must separate the two votes in parliament, also public opinion – could have suggested changes or new ideas, and that the discussion of these changes and new ideas could have improved the law.

This is the only possible interpretation of Toci’s argument. But if he were right, one wonders why Kosovo needs 120 MPs. Now, leave aside the fact that many of Kosovo’s current MPs are probably not worthy of their high office: if one accepts the common notion of representative democracy, which is reflected in Kosovo’s constitution, Toci’s argument is radically unacceptable. This is why I wrote that giving parliament only a dozen hours to read and approve the law was farce, and a mockery of the democratic process.

It is true, as Toci hints, that the international community too has often expropriated the parliament’s legislative powers. But those transgressions – which I describe in chapter 6 of my book on Kosovo – do not justify their continuation by Kosovo’s own government.

Indeed, I find it striking that an adviser of Kosovo’s prime minister chose to defend that farce by openly theorizing it. In no democratic country I am aware of would a government dare to advance such an argument. One possible explanation is that the democratic process has so degraded in Kosovo that people no longer expect even its outward forms to be respected. This is all the more reason for Kosovo’s citizens to protest against this expropriation of their sovereignty.