A company owned by a Kosovo Serb blacklisted by the US for alleged corruption has been winning government tenders in Kosovo’s Serb-dominated north and then subcontracting construction work to ethnic Albanian-owned firms.

In recent years, money from Kosovo’s budget has poured into the accounts of RAD, a company owned by Radule Stevic, who was blacklisted by the United States Treasury Department this month for alleged involvement in smuggling and money-laundering groups in the Serb-majority north of the country.

Since Kosovo’s declaration of independence, most of the Kosovo government tenders in the country’s north have been won by RAD, the company owned by Stevic.

RAD won 21 tenders worth over 1.8 million euros since 2018, mainly from the government in Pristina, according to data from the Open Procurement Transparency Portal, a website created by the Kosovo NGO Fol.

Jetullahu has often partnered with Idriz Thaci, the brother of former Kosovo President Hashim Thaci, who is now facing war crime charges in The Hague, to invest the money that was paid out by Stevic for work in the north of Kosovo.

Some of these investments have gone into the construction of apartments in Ulcinj in Montenegro which are also co-owned by Idriz Thaci.

Stevic and three of his companies were blacklisted in December by the US Treasury Department. Also blacklisted was Milan Radojicic, a controversial businessman and deputy leader of the Belgrade-backed Srpska Lista political party who is suspected of leading an organised crime group accused of murdering Kosovo Serb politician Oliver Ivanovic in 2018.

Radojicic’s ally Zvonko Veselinovic was also on the list. The Treasury Department claimed that Veselinovic heads an organised crime group “engaged in a large-scale bribery scheme with Kosovo and Serbian security officials who facilitate the group’s illicit trafficking of goods, money, narcotics, and weapons between Kosovo and Serbia”.

Stevic has denied any wrongdoing. “I own a company registered in the Kosovo system, I pay taxes regularly, I am legitimate and 100 per cent clean,” he told KoSSev news website after the US Treasury Department announcement. He said he does not know why he was linked to Zvonko Veselinovic.

Stevic’s company does not have many contracted employees, so he has outsourced a lot of work, mainly to Kosovo Albanian-owned companies, paying them part of the money he got from the state budget. This is not illegal.

However, companies owned by Kosovo Albanians have not been able to openly work in the Serb-majority North or win tenders there, mainly due to security fears, so collaboration with Stevic was needed to ease their involvement in the area. 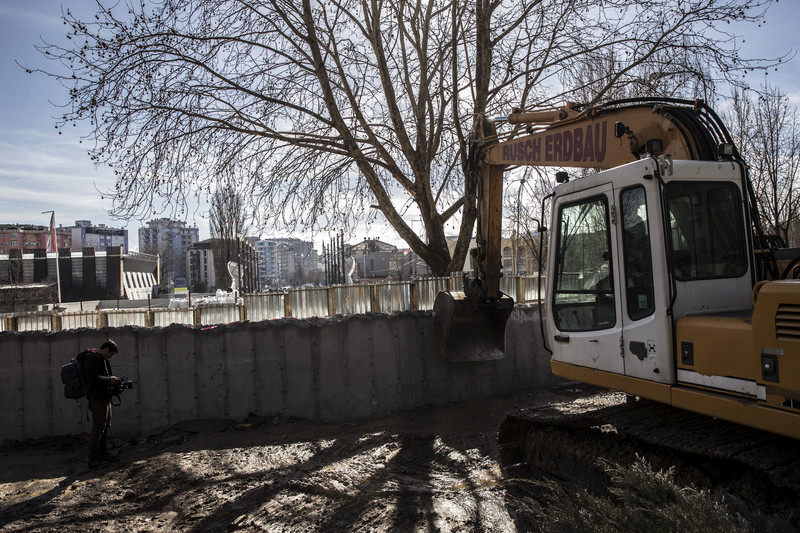 Stevic’s company RAD distributed the tenders won to other companies to carry out the works, the largest subcontractor being the company ABC, owned by Arben Jetullahu.

“We started working in [Serb-dominated] North Mitrovica since 2015 or 2016. The partner we collaborated with, who contracted my company for road construction, was Radule Stevic,” Jetullahu told BIRN.

“I met him when I competed in a tender that I did not manage to win. He offered collaboration because he did not have machinery for road construction,” he added.

Jetullahu said that the collaboration ended as soon as Stevic was put on the US blacklist.

A source who worked on some of the construction projects in north Kosovo told BIRN on condition of anonymity that Kosovo Albanian companies have been contracted to work on many projects there, via tenders that BIRN has found were won by Stevic.

The projects were funded from Kosovo’s state budget, but in many cases Serbia invested as well. The money provided by either Kosovo or Serbia was much larger than the amount that was eventually invested in the completed projects.

The source told BIRN that all the work conducted around the contested Ujman/Gazivode lake was done by Kosovo Albanian-owned companies, and completed ahead of a high-profile visit by Serbian President Aleksandar Vucic to the lake, which is claimed by both Kosovo and Serbia, in September 2018.

“Everything had to be finished for when Vucic visited Ujman, if I recall correctly we had two to three months in total to finish everything. They also worked during the night to finish the work by the date when he [Vucic] would visit,” the source said, adding that the “railings were hand-painted with Serbia’s flag by Albanian employees”.

The source also told BIRN that ethnic Albanian employees of Kosovo Albanian-owned companies also worked in building a monument of Tzar Lazar, the medieval Serbian ruler who died in the Battle of Kosovo in 1389, a key moment in Serbian history.

Ethnic Albanian employees also worked for RAD on the construction of the 300-home Sunny Valley estate in Zvecan in Kosovo, funded by the Serbian government, in 2019, as well as on demolishing the controversial wall that was built to divide the Serb-dominated north and Albanian-dominated south of the city of Mitrovica, among other projects.

BIRN tried to speak to Stevic about these claims but he declined to give a statement.

Other Kosovo Albanian-owned companies that worked in the Serb-majority north include the company Komplast, owned by Gani Ibrahimi, which worked on the Zvecan bridge.

Ibrahimi told BIRN that RAD contracted his company, but he has not been paid for the work yet.

“To be honest we have not been paid by anyone, they are indebted to us… that company RAD,” Ibrahimi said, adding that his company did not have an official contract.

Another Kosovo Albanian, Ibrahim Kostanica, owner of a company called Iliria in South Mitrovica which produces concrete, told BIRN that his firm has also been contracted by RAD.

“We work with that company, they win tenders from the Kosovo government, they pay us via the bank and with proper receipts, and we have work amounting to around 50,000 euros a month,” Kostanica told BIRN. 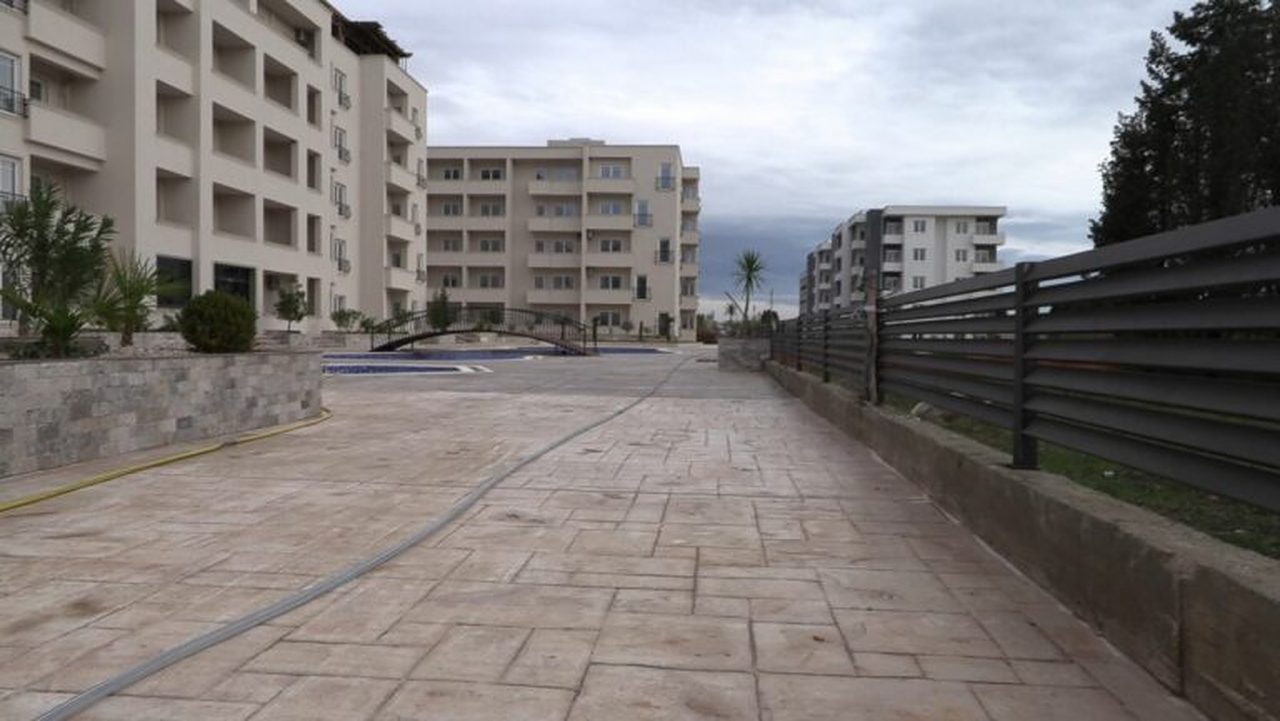 Arben Jetullahu, owner of the company ABC, which has worked with US-blacklisted businessman Stevic, has also worked with companies owned by relatives of important Kosovo politicians and invested in projects in Montenegro.

Jetullahu has opened the company Premium Bau LLC in Kosovo in collaboration with the businessman Bekim Pireva, who works in asphalt construction. A similarly named company, Premium Bau Ulcinj, is registered in Montenegro where Jetullahu owns 33 per cent of the shares and Pireva the other 34 per cent.

According to Montenegro’s business registry, Idriz Thaci, brother of former Kosovo President Hashim Thaci, also owns shares in the same company. This company is currently completing an apartment complex in Ulcinj in Montenegro.

Jetullahu confirmed to BIRN that he partnered with Idriz Thaci in the company registered in Montenegro, and that “we have invested in person, not as a company, close to 500,000 euros each”.

Idriz Thaci’s assistant also confirmed to BIRN that he is a partner of Jetullahu and Pireva in the company that is building in Ulcinj, but threatened “legal consequences” if the information is given a “political connotation” in BIRN’s report.

Pireva also confirmed his involvement in the apartment complex in Ulcinj. He told BIRN that he has several businesses in Kosovo in which Kosovo Serbs also have shares. He owns 70 per cent of the company Energy Power LLC in Zubin Potok while two Serbs own the rest of the shares.