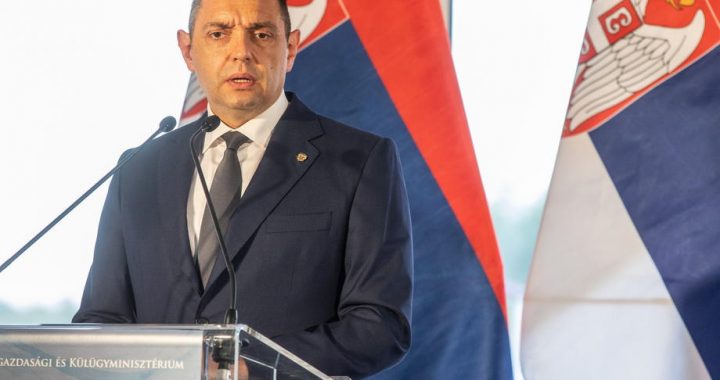 The Albanian National Council, which represents Serbia’s Albanian minority, will take its case to the Constitutional Court after Interior Minister Aleksandar Vulin was cleared of discrimination for using an ethnic slur.

The Albanian National Council’s lawyer told BIRN that the organisation will take its case to Serbia’s Constitutional Court after the Belgrade Court of Appeals confirmed a verdict clearing Interior Minister Aleksandar Vulin of discriminating against the country’s Albanian community by calling them ‘Shiptars’.

Vulin has used the ethnic slur on multiple occasions, but the Albanian National Council’s lawsuit was initially filed after he made two such statements in May 2019. Vulin has denied acting in a discriminatory manner.

The Albanian National Council’s lawyer, Aleksandar Olenik, said that if the Constitutional Court complaint does not succeed, the Council will take the case to the European Court of Human Rights in Strasbourg.

“According to the practices of the Constitutional Court, approximately two years will pass until a decision is made on the constitutional complaint… then the next step is Strasbourg, and only here I expect a somewhat more normal position [from the court],” said Olenik.

In December 2020, Belgrade Higher Court dismissed a legal complaint about Vulin’s comments from Ragmi Mustafa, the head of the Albanian National Council.

Belgrade Higher Court ruled that while the term ‘Shiptar’ is offensive, it “does not represent an idea, information or opinion that incites inequality, violence and hatred”.

The Court of Appeals then upheld the ruling.

“Both of these statements [by Vulin], viewed as a whole and according to the purpose of the expression, taking into account the context in which the word ‘Shiptars’ was used, do not call for violence, hatred, discrimination against the Albanian national minority, which is why they cannot be hate speech,” the Court of Appeal said in its decision.

“It is correct legal position of the first instance court that these statements of the defendant do not represent a special form of discrimination… harassment and degrading treatment, because the statements of the defendant in which he calls members of the Albanian national minority ‘Shiptars’ are not directly aimed towards this group, so that the political position and opinion that is being expressed could not evoke fear – in other words a hostile, humiliating or insulting environment,” the Court of Appeals added.

Albanian National Council leader Mustafa said that the case illustrates “the fragility and lack of courage” of the judiciary in Serbia when faced with a case involving a minister.

Vulin, who at the time was of the alleged offence was defence minister, made the first allegedly discriminatory comment at a public event on May 1, 2019 in the town of Vranje.

After the possibility of a lawsuit was then raised, Vulin said on May 4, 2019 that the word is “a term that Shiptars use for themselves, and I don’t know why it would be offensive”.

But Mustafa said that using the term is “is derogatory and makes Albanians second-class citizens [in Serbia]”.