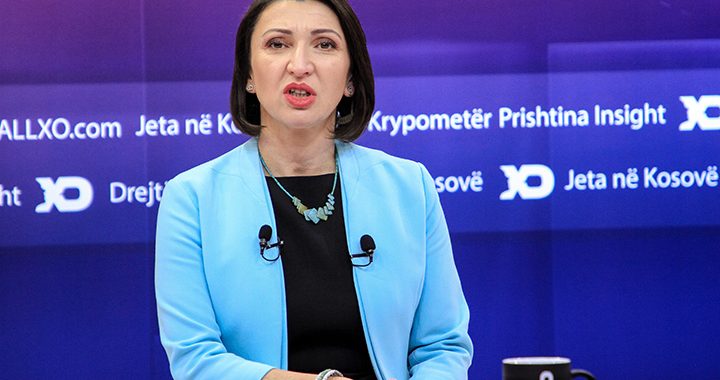 For the second year in a row, the US State Department’s Investment Climate Statement has identified BIRN Kosovo and its executive director Jeta Xharra as a resource for reporting corruption.

BIRN Kosovo’s Executive Director Jeta Xharra and its anti-corruption platform KALLXO.com has been cited by the US State Department as a useful resource to report corruption in the country in the 2021 Investment Climate Statement on Kosovo.

This is the second year in a row that BIRN and KALLXO.com have been identified as a place to report corruption by the State Department as part of its overview on the global investment climate.

KALLXO.com was established in 2012 by BIRN Kosovo and Internews Kosova, to create a platform for citizens to report corruption and other irregularities in the provision of public services. This year alone, KALLXO.com has received over 2,500 reports from citizens, which have led to over 100 arrests.

In its statement on Kosovo, the State Department addresses the current situation regarding corruption in the country, describing it as widespread.

“Opinion polls attest to the public perception that corruption is widespread in public procurement and local and international businesses regularly cite corruption, especially in the form of political interference, as one of Kosovo’s largest obstacles to attracting investment,” the statement reads.

The State Department praises Kosovo’s legislation on corruption but adds that enforcement is weak.

“Kosovo has enacted strong legislation to combat corruption, but the government has thus far been unsuccessful in efforts to investigate, prosecute, jail, and confiscate the assets of corrupt individuals,” it states. “The government has enacted other measures to address corruption, including a requirement to conduct all public procurement electronically and to publish the names of contract winners.”

The Director of the Anti-Corruption Agency Shaip Havolli, Ombudsperson Naim Qelaj, and the Executive Director of the Kosovo Democratic Institute Ismet Kryeziu are all also identified as useful resources for reporting corruption.