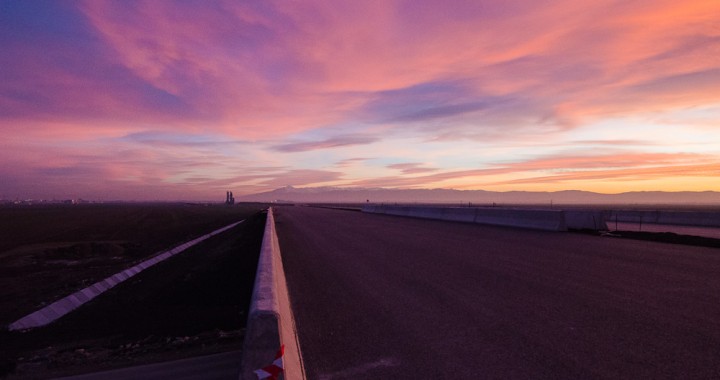 Who’s to blame for the 53 million euro extra cost on the highway?

A penalty of 53 million euros needs to be paid to Bechtel-Enka for the Prishtina-Skopje road, a result of bad decisionmaking by the last two governments.

Although it fell to the current Minister of Infrastructure, Pal Lekaj, to defend the decision to pay the American-Turkish consortium Bechtel-Enka 53 million euros extra for the Prishtina-Skopje highway, the troubles were brewing for a long time.

In this situation, we should blame more than two ministers — two prime ministers and at least two parties are also culpable. To explain this, we need a refresher of certain events that happened before the current Minister, a member of Ramush Haradinaj’s Alliance for the Future of Kosovo, AAK, made this decision.

Bechtel-Enka won the bid to build the highway from Prishtina to Skopje in February, 2014. To give this costly project some patriotic weight, Hashim Thaci, then Prime Minister, named the highway “Arber Xhaferi” after  the Macedonian-Albanian intellectual who signed the peace agreement between the Macedonian government and the ethnic Albanian minority in the country in 2001.

Before the contract was announced, the bidding phase took two years, during which many ‘courteous conversations,’ including those between former United States ambassador to Kosovo Tracey Ann Jacobson and former Minister of Infrastructure Fehmi Mujota, happened. To contextualize, at the time, political parties were busy preparing pre-electoral political campaigns for elections that had not been announced yet.

Eventually, the official campaign for the elections set on June 8 began. On the last campaigning day, on June 6, an explosion at the Kosovo Energy Corporation’s electrolyzer left two workers dead and many others injured.

The elections on June 8 did not yield an absolute winner. The Democratic Party of Kosovo, PDK,  came first, while the other parties, Vetevendosje, the Alliance for the Future of Kosovo, AAK, and the Democratic League of Kosovo, LDK, formed the VLAN bloc, which had the most elected MPs — enough to form the government. Thaci’s interim government however did not stand idly by: acting minister Mujota signed a contract worth 600 million euros with Bechtel – Enka. The contract was signed on July 1, and works began on July 8.

Most of us are familiar with the tragic VLAN ‘love story,’ which ended with the eventual ‘marriage’ of LDK and PDK a few months later. LDK forgot its previous criticisms spewed during the campaign as soon as it joined the governing coalition.

But the problem was that from the getgo the planned budget, works and timeframe agreed upon during Thaci’s government on the Kosovo-Macedonia highway simply did not line up.

In a few instances, Infrastructure Minister Lutfi Zharku made public statements regarding negotiations with Bechtel-Enka, through which the government was striving to reach an agreement to change the agreed-upon workload and timeframe.

This was even proven by an explanatory document by the ministry, which stated that during Mustafa’s government, around 100 meetings were held with Bechtel-Enka regarding the payment.

So, the previous government knew about the pending penalties due to delays of work and payment, but did not react timely enough to minimize or prevent them. Even if they did react – ie. through their meetings – they never managed to sign a new annex to the agreement. How can a government of economists, as the Mustafa government claimed to be, make contractual mistakes that have huge financial consequences?

The conversations that happened during these 100 meetings are a mystery that can only be solved by the State Prosecutor. It is still unknown who was responsible to make a decision on this issue and failed to do so. So, if it is stated that Kosovo has obligations, or has to pay penalties, as foreseen on the contract and did not react in time, the government officials are responsible for every extra cent that has been paid.

The Haradinaj government gave it a final push. In a document discovered by BIRN, it is said that the new annex contract obligates the government to pay an additional 53 million euros.

The document was signed only 18 days after Haradinaj came to power. This means that the current government only made an 18-day effort to mitigate this damage valued at 53 million euros. Furthermore, the signing of this annex contract was done discreetly, and the current Minister of Infrastructure Pal Lekaj issued veiled accusations against the previous government. The least that can be done by Haradinaj is allowing access to the content of the meetings between Lekaj or whoever else negotiated on behalf of the government.

All of these penalties have one source – lack of transparency. The government comically offered  for journalists and civil society organizations to go through the complicated and extensive contract for a period of three hours. Imagine, one was supposed to find all the loopholes in this contract in a mere three hours. Such transparency is ridiculous, especially since the Ministry of Infrastructure refused all other requests for access to this contract, saying that the document included ‘business secrets’. So, how is it possible that they even offered journalists a glimpse into something that is supposed to be secret?

This problem was left untouched not just by the Thaci government but also those that followed, sending debts to the Kosovo budget out of the frying pan, and into the fire.