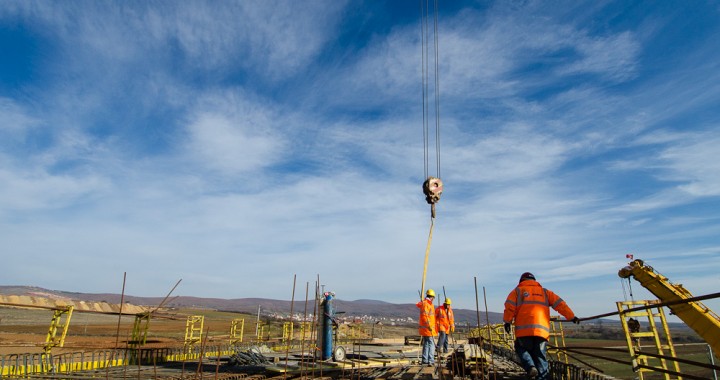 The kleptomania of institutional leaders

Every Kosovo government since the Bechtel & Enka contract was signed is responsible for the 53 million euro penalty and they should all be investigated by the State Prosecutor.

On July 8, 2014, I went to the offices of the Kosovo Ministry of Infrastructure. The ministry had invited interested individuals to see the contract, signed a week earlier with the Bechtel & Enka consortium, for the construction of the highway between Prishtina and Skopje. The construction of the highway, the second such project within a very narrow time frame, would cost 599 million euros, without accounting for expropriations.

At the ministry, I was led to a hall where two copies of the contract were displayed. As I was getting ready to take one of the copies and leave, a security guard stopped me and told me that the contract could only be browsed for a few minutes; it could not be taken out or photographed. Objecting to this practice based on the Law on Access to Public Documents, which says that every public document can be taken out in any form that the requester prefers, ministry officials invited former minister Fehmi Mujota to convince me why the contract should not leave the ministry building.

The whole verbal conflict between Mujota and myself was recorded by the only camera that was inside the hall at the time – it belonged to the national broadcaster, RTK. Ultimately, I did not agree to play along with the ministry’s farce that the contract was being made public. A few hours later, the GAP Institute issued a public reaction. That same evening, RTK’s news broadcast included a story accompanied by the inscription “THE M6 CONTRACT IS PUBLISHED – The contract was published a few days before workings on the Prishtina-Hani i Elezit highway started.” The news report did not include the verbal conflict between Mujota and myself, and it also failed to include my statement for RTK in which I said that the ministry is deceiving the public when it says that it is publishing the contract.

While four years ago, the public broadcaster stated that the highway contract was made public, and the government continuously cut ribbons when different segments of the highway were finished, a request demanding that Kosovo pay an additional 63 million euros as a result of  delays appeared out of the blue. The request made by the executor of the contract on behalf of Bechtel & Enka, which is confidential but has been seen by yours truly, states that these additional costs would go towards paying for staff, renting machinery etc.

On September 27, 2017, eighteen days after starting his mandate as minister of infrastructure, Pal Lekaj signed an amendment to push the deadline for finishing works on the highway 347 extra days. The amendment was signed in complete discretion and only two months later, Lekaj said during a televised debate that he received a request for another 63 million euros. Later, the government boasted that they had managed to “salvage” 10 million euros, paying “only” 53 and not the 63 million that was initially requested.

Bechtel & Enka’s request does not offer any details on how many salaries were paid to how many workers, and how many vehicles were rented to create additional costs. One has to wonder how it is possible that all of this can cost 63 million euros (according to the initial request), about as much as a highway to Mitrovica would cost.

Considering we were not able to access the contract on the highway, we do not know the financial plan of the highway construction and the penalties in case of delays. However, if we consult Kosovo’s budget for 2014 (which also contains budget plans for 2015-2016) and the budget for 2017, as well as the payments carried out between 2014-2017, it results that the government paid much more than it planned to. 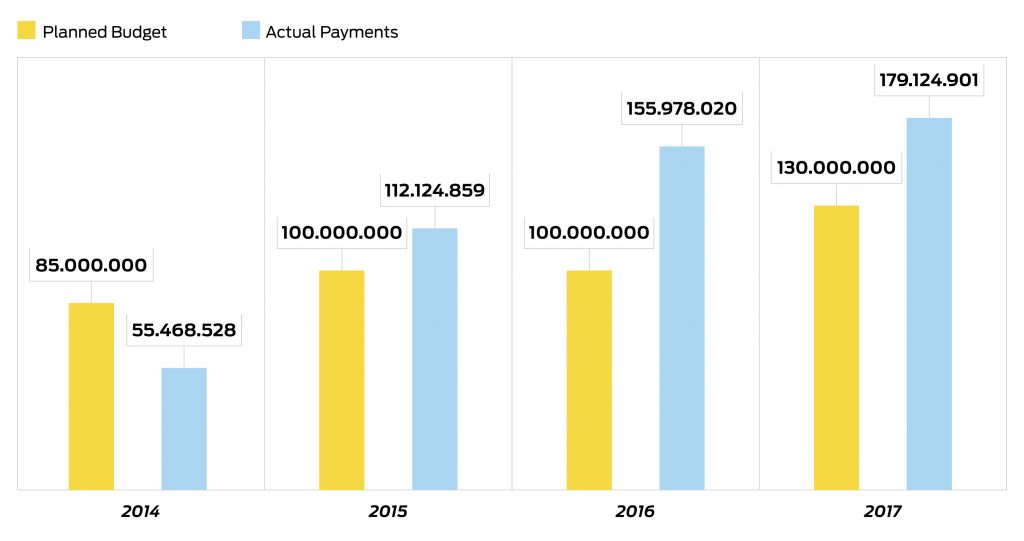 So, what delays are we talking about? There are four possible scenarios:

Firstly, every government coalition so far (Thaci 2, Mustafa and Haradinaj) is responsible for poor financial planning, because they apportioned less money to the highway than was stipulated by the contract. This means that the prosecution needs to interrogate Besim Beqaj, Avdullah Hoti and Bedri Hamza, the three past Ministers of Finance.

Secondly, the contract does not contain a detailed investment plan, so Infrastructure Minister Fehmi Mujota, as one of the signatories of the contract on July 1, 2014, Hashim Thaci, at the time PM, and Besim Beqaj, former Finance Minister, have to take penal responsibility.

Thirdly, the ministers of infrastructure and finance purposefully did not apportion enough funds to cover the expenditure for the highway, even though they were aware of possible financial penalties, causing damages worth 53 million euros to the budget. Consequently, Ministers of Infrastructure Lutfi Zharku and Pal Lekaj, Ministers of Finance Avdullah Hoti and Bedri Hamza, and prime ministers Isa Mustafa and Ramush Haradinaj have to take penal responsibility.

Lastly, the amendment signed by Pal Lekaj brought about the additional costs, thus he also has to take penal responsibility.

All of these allude to a huge corruption scandal. Taking this into consideration, the State Prosecutor needs to begin investigations right away, and avoid biding their time so that evidence is lost, as it happened to many other cases so far. Otherwise, we need to request for the discharge of the chief State Prosecutor.

During the government meeting when the 53 million euros were allocated to the company, Haradinaj’s justification was that “it is better to give out the means than deal with long and costly processes in international courts.” I say it is better that Haradinaj, both of his predecessors and the six ministers of finance and infrastructure be accountable in courts, rather than use taxpayer money for covering the aftermath of inability and kleptomania.