by Serbeze Haxhiaj and Milica Stojanovic11/08/2020

Serbia and Kosovo have asked each other to open up military archives to help reveal where missing persons from the 1998-99 war are buried – but despite cooperative rhetoric, neither appears likely to do it.

On August 2, 1998, two of Zenun Xhemajli’s sons, 27-year-old Muharrem and 25-year-old Ilir, were stopped by a Serb police patrol near their village of Rracaj in the municipality of Gjakova and taken away. He never saw them again.

Less than a year later, on the morning of April, 27, 1999, his two younger sons, 21-year-old Shkelzen and 19-year-old Alban, were killed alongside 375 other Kosovo Albanians in a massacre in the village of Meja.

Alban’s remains were found in a mass grave in the Belgrade suburb of Batajnica in 2004, but the bodies of Muharrem, Ilir and Shkelzen are still missing.

When senior officials from Serbia and Kosovo met in Brussels last month to restart dialogue aimed at normalising relations, both sides said they were ready to help the other to find the remains of people who went missing in the 1998-99 war, like Zenun Xhemajli’s sons.

The Kosovo delegation asked Serbia to open up its Yugoslav-era military and police archives to help find the locations of wartime mass graves, while Serbia’s delegation asked for the archives of the Kosovo Liberation Army, KLA, to be opened up for scrutiny.

“The Albanians demanded that all military and police archives be opened, and we said, regarding missing persons and internally displaced people, there is no problem, but you have to open the archives of the so-called KLA, so that we can see where Serbs and other non-Albanians were killed,” Serbian President Aleksandar Vucic said.

But despite the rhetoric about cooperation, none of this seems likely to happen any time soon. Serbia has classified some of its military archives as state secrets, while Kosovo insists that the KLA, as a guerrilla organisation, never had military archives at all. 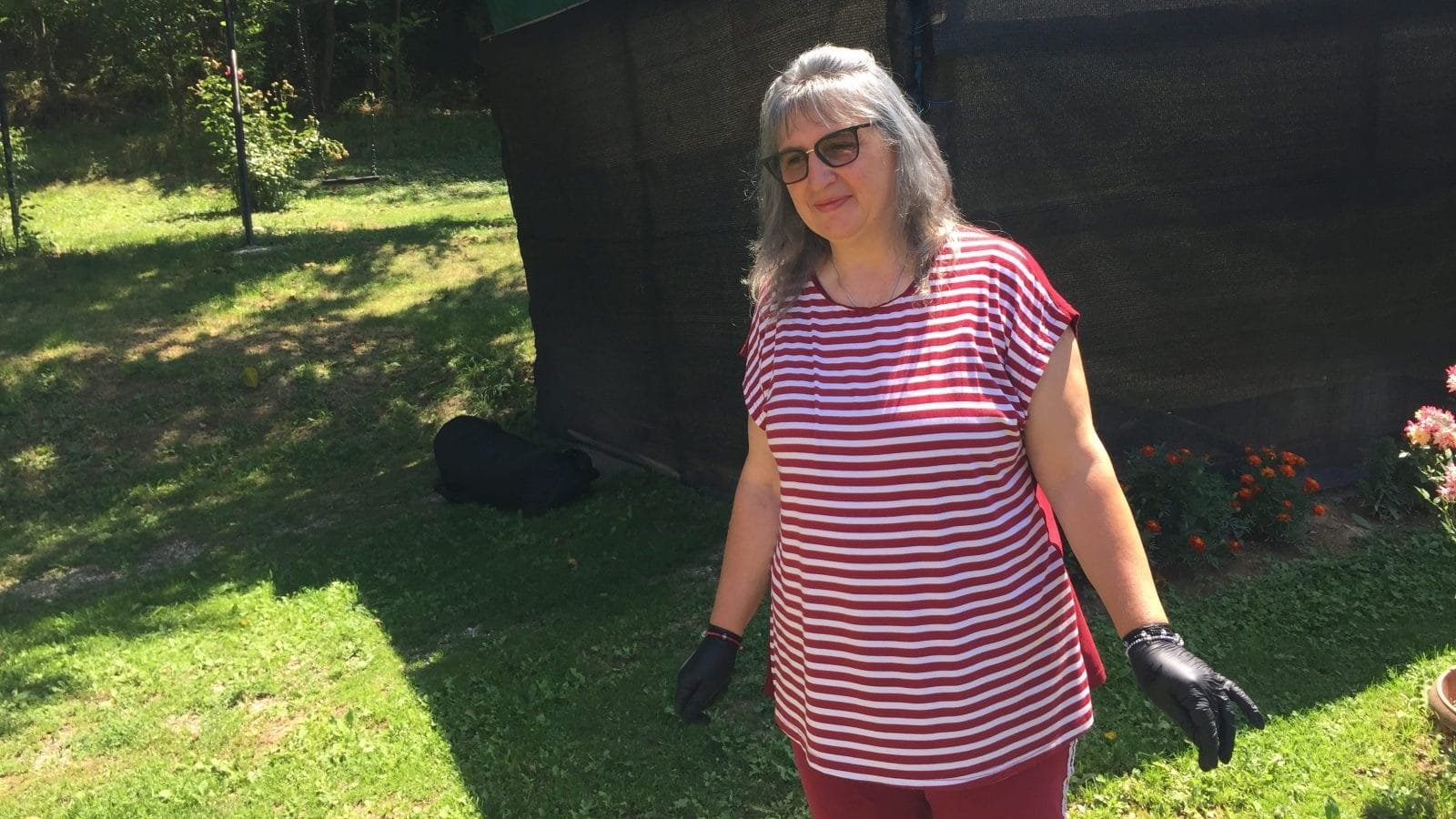 Visnja Stamenkovic, whose husband has been missing since 1999, at her house in the village of Bernica, Kosovo. Photo: BIRN.

Family members of Serbs who went missing during and after the Kosovo war, like Visnja Stamenkovic, believe that opening up wartime archives could reveal facts that have been hidden for two decades.

Stamenkovic, whose husband Zarko went missing on June 28, 1999, after Serbian forces capitulated to NATO air strikes and pulled out of Kosovo, believes that the fate of her husband and others could be resolved if the archives of the KLA are opened up, or those of the self-declared, short-lived Kosovo government that was created by KLA members in February 1999 and operated until January 2000.

“Why not let them use anything possible to find any trace of those who were kidnapped and killed, like my husband?” she told BIRN at her house in Bernica, a village in the municipality of Prishtina.

She argued that “there is always someone who might know what happened.”

“Many people were killed after the war and these killings could not have been committed by a few individuals,” she added.

The Kosovo prime minister’s office insisted that it has nothing to hide. “In this process, we will be fully committed to cooperating with justice,” it said. But, it added: “Regarding the KLA archive, it is an issue for war veterans’ organisations.”

Nasim Haradinaj, deputy chairman of Kosovo’s Organisation of War Veterans, told BIRN that the KLA did not have any archives.

Jakup Krasniqi, a former spokesperson for the KLA who has held various senior political positions since the war, made a similar assertion: the KLA was a guerrilla group and had no proper archives.

“I am certain that KLA did not possess any organised or written archive, besides what had already been written and said about it,” Krasniqi told BIRN.

He said that internal communications between the KLA’s general headquarters and the headquarters of the guerrilla force’s various operational zones around the country could have been handed over to the Kosovo Protection Corps, a civilian emergency services organisation which was created after the demilitarisation of the KLA and was active from 1999 to 2009.

But Safet Syla, head of the Office for the Heritage of the Kosovo Protection Corps, said that his organisation does not have any KLA material.

“We have not inherited anything related to the KLA’s war because the KLA was a guerrilla formation and there was nothing that could be archived. We have preserved only the material related to the Kosovo Protection Corps,” Syla told BIRN.

Krasniqi also argued that the KLA and the Serbian army and police could not be compared because of the nature of their roles in the conflict – a military aggressor and an armed resistance. “Serbia planned and organised everything and its archives cannot be compared with those of a guerrilla group,” he said.

‘Those who hide data are rewarded’

Ivana Zanic, director of Belgrade-based Humanitarian Law Centre NGO, which deals with war crimes, said that the most important archives from the 1998-99 period are those of the Yugoslav Army and the Serbian Interior Ministry.

“Specific documents refer to orders, commands, regular combat reports in which it is possible to check which unit was in charge of which area when they carried out the operations,” Zanic told BIRN.

“These documents can be cross-referenced with data on the number of victims in those specific operations. In this way, it would be possible to reconstruct events – which unit was responsible for which crime, who was at the head of that unit and so on,” she explained.

The Humanitarian Law Centre published a dossier in 2015 about a mass grave that was discovered in Rudnica in south-west Serbia, near the border with Kosovo, where the remains were found of ethnic Albanian civilians killed by Serbian forces in April and May 1999 in the Kosovo villages of Rezalle, Cikatove e Vjeter, Zabel i Ulet and Gllanaselle.

These villages at the time were in the zone controlled by the Yugoslav Army’s 37th Motorised Brigade, commanded by Ljubisa Dikovic, who by the time the dossier was published had become the chief of the Serbian Army’s general staff.

The Humanitarian Law Centre asked the defence ministry for documents about the 37th Motorised Brigade’s operations. It did not get them, and will not get them in the foreseeable future.

“Immediately after that [request for information], then Defence Minister Bratislav Gasic declared the entire archive of the 37th Brigade a [state] secret for the next 30 years, thus making it impossible to shed light on crimes from the past for such a long period of time,” Zanic said.

Marko Milosavljevic from the Youth Initiative for Human Rights NGO said this was a prime example of the closed nature of Serbian institutions.

“Paradoxically, Gasic is now the director of the BIA [Serbia’s Security Intelligence Agency], which only shows us that those who hide data and potentially cover up crimes, contrary to the Law on Data Secrecy, are rewarded very quickly,” Milosavljevic told BIRN.

After the dossier on the Rudnica mass grave was published, and the possibility was raised of an investigation being launched into the wartime activities of army chief of staff Ljubisa Dikovic, Serbian President Tomislav Nikolic warned the country’s war crimes prosecutor to “think a little about what he is digging for in Serbia.”

‘Commanders know where the bodies are’ 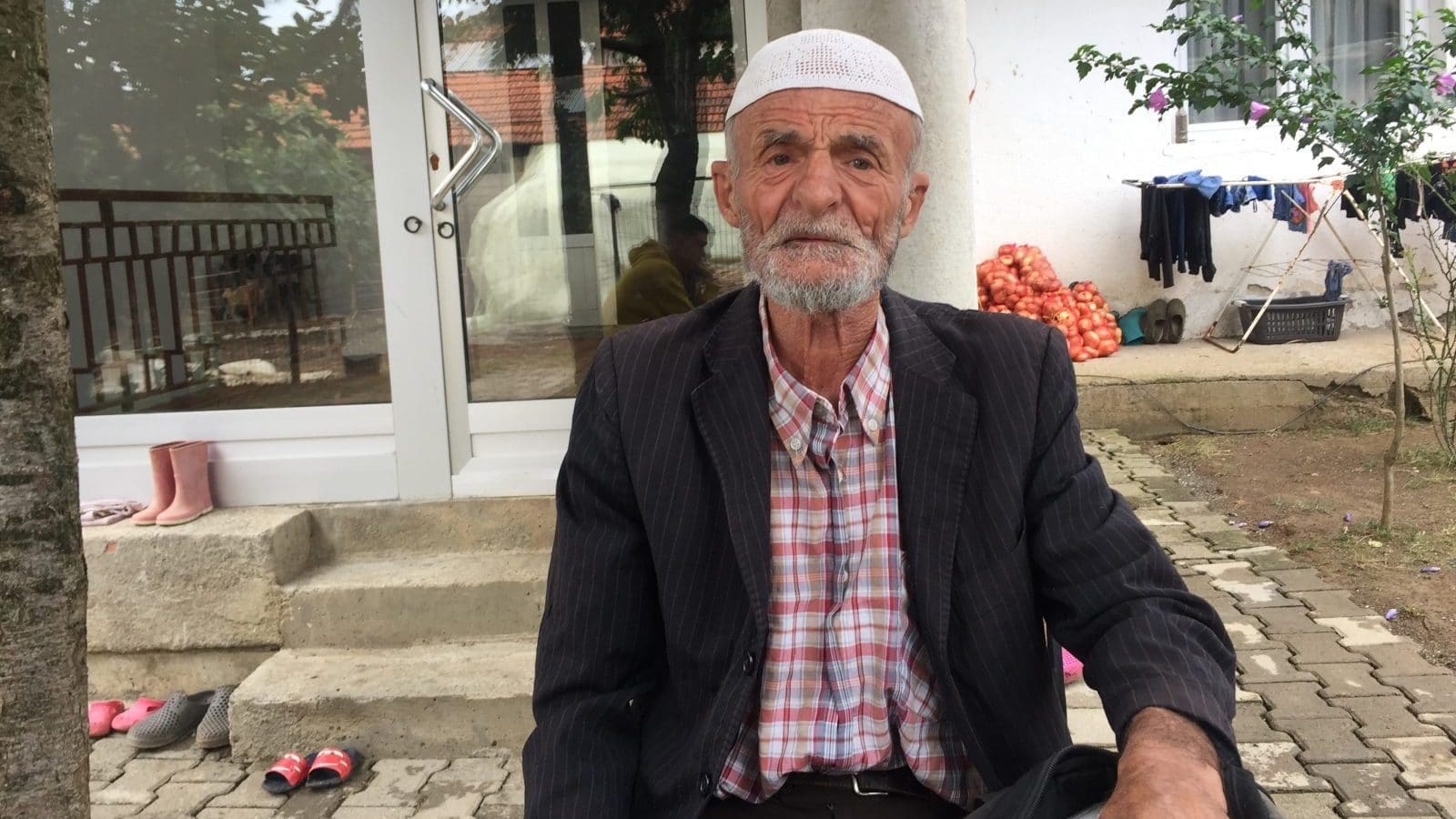 Zenun Xhemajli, who lost his sons in the war, at his house in the village of Rracaj, Kosovo. Photo: BIRN.

Around 1,600 people are still missing from the war in Kosovo, mostly ethnic Albanians but also some Serbs.

The Kosovo prime minister’s office accused the Belgrade authorities of “continuing to try to hide Serbia’s war crimes by hiding the bodies of civilians in mass graves in Serbia.”

Serbian President Vucic has insisted however that “we would never protect anyone [responsible for war crimes]”, and has said that Serbia is ready to look for possible graves “wherever they [Kosovo Albanians] think they can show a place on the map.”

But Zanic from the Humanitarian Law Centre thinks that Serbia is still not ready to prosecute those responsible for the murders of people found buried in mass graves.

“As a reminder, the mass grave in Batajnica was discovered almost 20 years ago, and since then we have not had a single case before a domestic court that dealt with it,” Zanic told BIRN.

The International Criminal Tribunal for the Former Yugoslavia established that Yugoslav and Serbian military and police chiefs were responsible for the cover-up operation to move ethnic Albanian war victims’ bodies from Kosovo to Serbia. But Serbian prosecutors have not yet raised any indictments.

The Serbian War Crimes Prosecutor’s Office investigated the massacre in Meja, where Zenun Xhemajli’s sons were among more than 375 people who were killed and whose bodies were later buried in Batajnica.

Four people were suspects in the investigation; one died, and the investigation into the others was halted in 2019 “because not enough evidence exists for indictments”, according to the War Crimes Prosecutor’s Office.

Zanic said that Vucic’s statement was intentionally misleading because it was meant to indicate “that Serbia is doing everything to investigate crimes and punish those responsible, and that is not even close to the truth.”

Milosavljevic said that even if the Serbian archives are partially opened, “only certain data will be revealed, because Serbia is ruled by those who have profited materially and politically on the basis of the wars in the former Yugoslavia.”

Vucic and some of his ruling Serbian Progressive Party loyalists played prominent political or military roles during the 1990s wars in the Balkans, and the party has repeatedly been accused of glorifying war criminals in recent years.

Milosavljevic argued that “the price of the conspiracy of silence is now being paid by the families of the missing, above all.”

Zenun Xhemajli is now 78 years old and has lost hope that the truth about what happened to his sons will ever be established. He does not believe that the opening up of the Serbian archives will offer any kind of breakthrough.

“It is not a matter of archives, because I do not believe they can help. More than two decades later, I doubt if there is anything left in their archives to trace the disappearance of the bodies of civilians,” he told BIRN at his house in Rracaj.

“However,” he added, “there are many people in the chain of command of the army and police forces who know where the bodies are.”