The few women led businesses in Kosovo have been hit hard by the coronavirus outbreak in Kosovo, with some depending on government assistance to pay their employees, which for many is yet to come.

Like many women from the village of Krusha e Madhe, Fahrije Hoti has led a life characterised by a persistent struggle to survive. The Kosovo war left her in dire financial straits, and Hoti’s husband is one of the more than 1,600 persons still missing 21 years after it ended.

Hoti established ‘Kooperativa Krusha’ in 2005, which now employs more than 20 women in the village. The cooperative produces dozens of food products, including ajvar and pickled vegetables, selling most of its produce abroad.

Her business was growing until Kosovo recorded its first cases of coronavirus in early March, triggering government measures designed to prevent the spread of the virus. “Since March 14, our business has not been active,” Hoti says, adding that she felt most Kosovo consumers were focussing on more essential products. 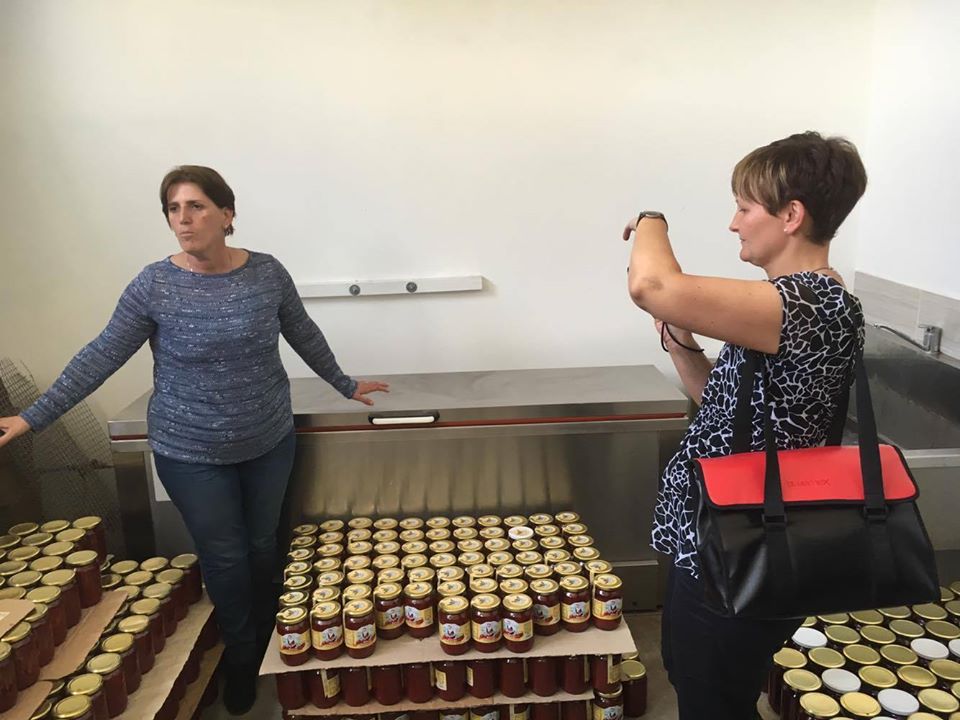 According to Hoti, her business has been closed for more than five weeks and is facing tremendous challenges due to the lockdown, especially because Kooperativa Krusha cannot export their products as the borders are closed.

“The impact of COVID-19 will be tough for businesses in Kosovo, as well as for all of us,” she says. “If the government does not make any decision, or if the Ministry of Agriculture does not stimulate small and medium sized businesses, then we will face many difficulties – 70 percent of our products are exported to European countries, and the remaining 30 percent is destined for the local market.”

Given the damage expected to the local economy during the coronavirus outbreak, the Kosovo Government approved an emergency package of 170 million euros on March 30 to provide assistance to businesses for March and April.

Alongside other measures, the package is intended to help cover the monthly salaries of employees up to 170 euros (Kosovo’s minimum wage), subsidise up to 50 per cent of rent costs for small and medium sized enterprises, and cover pension contributions.

Hoti applied for assistance to cover her employees salaries in mid April, but by May 5 workers at the cooperative had still not received payment. She says that she is concerned about her ability to pay salaries to the cooperative’s 20 regular employees, and she is unsure whether there will be work for the more than 70 seasonal workers Kooperativa Krusha typically employs.

“The emergency package is a small and very belated aid to businesses, and we are not yet beneficiaries of this package,” she said. “The cooperative cannot afford to pay wages while [employees] sit at home.” 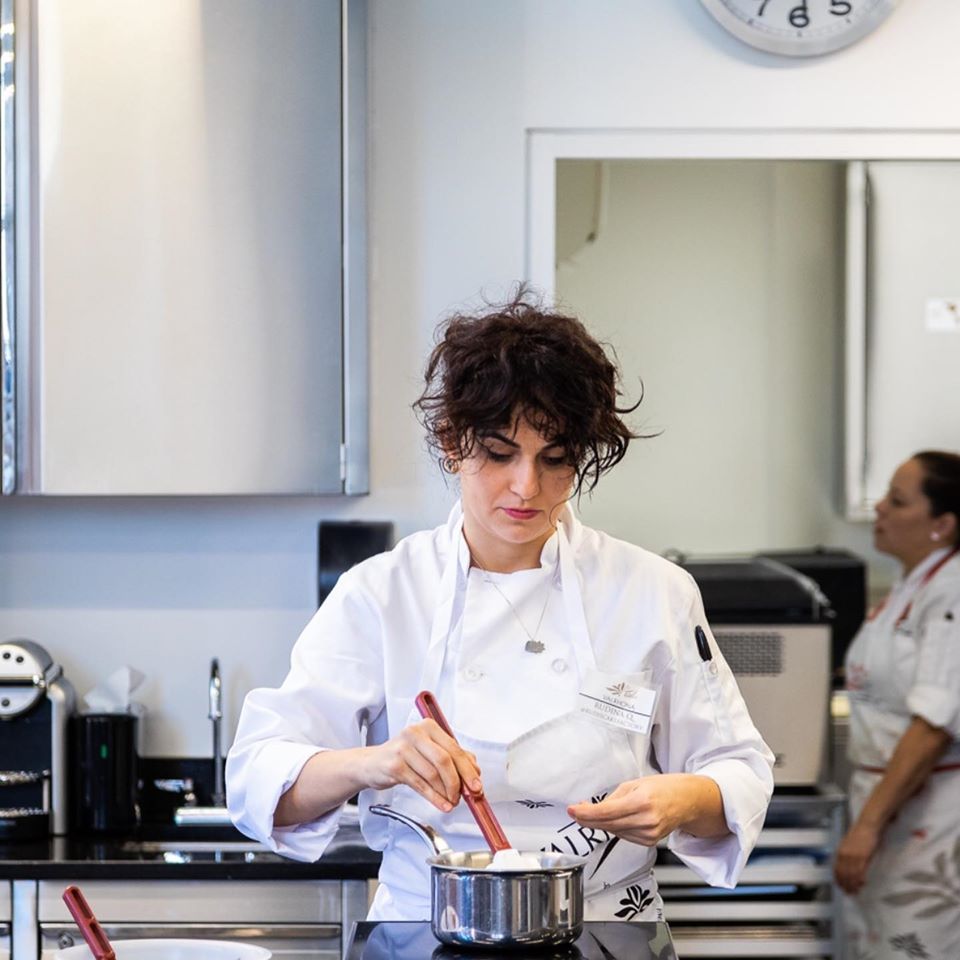 Rudina Qosja, who runs a patisserie in Prishtina at which over 80 per cent of the employees are women, is facing the same situation.

“In total, we have seven employees, five of whom are women. It is a business created with great dedication and passion,” says Qosja.

According to the entrepreneur, since the coronavirus outbreak half of the staff are working part-time, while the other half is on leave. She says she is currently making regular payments to all staff, and is awaiting funds from the government’s emergency package to help compensate her.

Economic hardship expected as pandemic comes to an end

The following months are expected to be tough for all entrepreneurs in Kosovo.

Over 60 percent of enterprises believe that the COVID-19 pandemic will endanger their survival according to a joint study conducted by the Kosovo Chamber of Commerce and four other business interest groups. Only around two per cent of the enterprises surveyed stated that they were not affected at all, while the rest have been forced to conduct some or all of their business from home.

Another concerned business owner is Rina Malsori, who has been running the beverage company ‘Frutti’ since 2012, although the company has been operating since 1999. Malsori took over the management of the company when she was just 23 years old, during what she describes as a period of crisis for businesses in the country.

According to Malsori, she experienced challenges as a business leader at first because Kosovo’s business climate was not easy for women to participate in. Even in 2019, the Kosovo Agency of Statistics reported that only 11 percent of businesses in Kosovo were led by women. 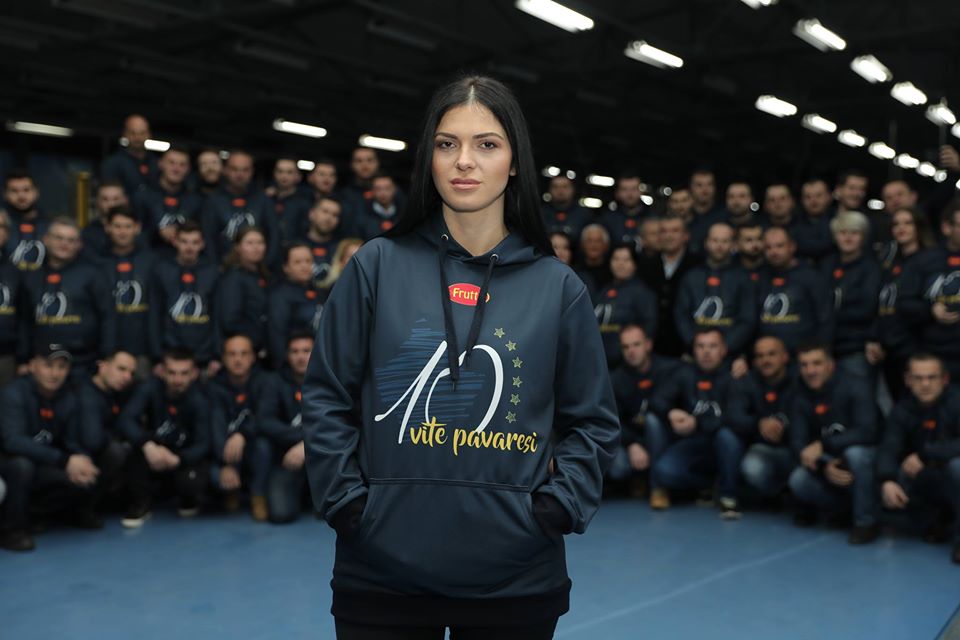 In 2020, Malsori is facing the biggest crisis yet. According to her, the early stages of lockdown did not severely affect Frutti due to its financial reserves, but if the pandemic lasts for several more months, the company will struggle to stay afloat.

Production has already been slowed down, meaning the around 200 employees at the company have had their hours cut. Malsori says that staff with health conditions have been given paid leave, as have mothers with childcare duties and other staff that are unable to work during the pandemic.

As the company operates out of a large factory, in addition to reducing production, Malsori says that Frutti had to take a number of measures to protect its workers during the pandemic, which was very costly. She adds that sales in the domestic market have declined, and exports have dropped considerably.

“The employees are our family members and by experiencing a drastic drop in the company’s revenue each day, all operations will be difficult for us,” Malsori tells BIRN.

The entrepreneur says she applauds the government’s efforts to create emergency packages, but says the proposed package will only provide enough to make ends meet in the very near future, and will not save the private sector in the long run.

Acting Prime Minister Albin Kurti concurs, and has stated that the emergency package is not designed to stimulate economic recovery.

“This package is not aimed at long-term policies to stimulate the recovery of the economy… The package is of an emergent nature because we are in an emergency health situation,” Kurti told a press conference on April 14.

The government has continually stated that a more in-depth study and drafting of a second package for the private sector is needed to revive the economy. However, there has been no mention of any special measures to help working women and women entrepreneurs cope with the pandemic.

The introduction of special policy measures to support women in business has been a long-term goal for both women entrepreneurs and civil society organisations that are engaged in gender issues such as the Kosovo Women’s Network, KWN.

KWN has frequently requested special measures to be taken by institutions to support women in business, either through direct financial support or affirmative action from banks.

“It should be taken into account that women face additional challenges in accessing credit to develop their businesses, because women lack equal access to credit and they have less capital than men,” KWN tells BIRN through a written response.

According to a 2017 study by the Riinvest Institute, nearly 94 per cent of women-led businesses are ‘individual businesses’ which employ a very low number of staff: 29 per cent do not employ anyone at all, while around 64 per cent are micro-businesses with less than five employees. Only around seven per cent of surveyed businesses qualify as a ‘small business’ and employ five or more people.

In response to the pandemic, KWN have proposed that the Kosovo Government conduct a gender analysis that could identify the different needs of women and men during the crisis. The organisation believes that the analysis could help inform and guide future government measures, and involve more women in policy making.

According to KWN, the pandemic poses a special risk for underprivileged women that are employed in Kosovo’s private sector, particularly those facing the crisis head on.

“Women employees face a number of rights violations ranging from extended opening hours with no extra payment and a failure to address the workload of unpaid household expenses, to a lack of essential hygienic and sanitary measures and the risk of job losses,” the organization argues, while urging sharp-eyed monitoring and reporting of violations of women’s rights, especially those of working women, to the authorities.

In addition to hopes that this public health crisis swiftly comes to an end, women entrepreneurs have called for Kosovo’s institutions to pay attention to the economy rather than the ongoing political crisis. They also urge citizens to do their part by buying local and supporting small businesses owned by women like  Malsori, Qosja and Hoti.

“Today, as never before, we need people to contribute by consuming local products,” says Malsori.

This article was produced as part of the project “Enhance the access of women in employment”. It was implemented by Democracy for Development, D4D and supported by the Norwegian Embassy in Prishtina.

by Nora Weller
Next: News