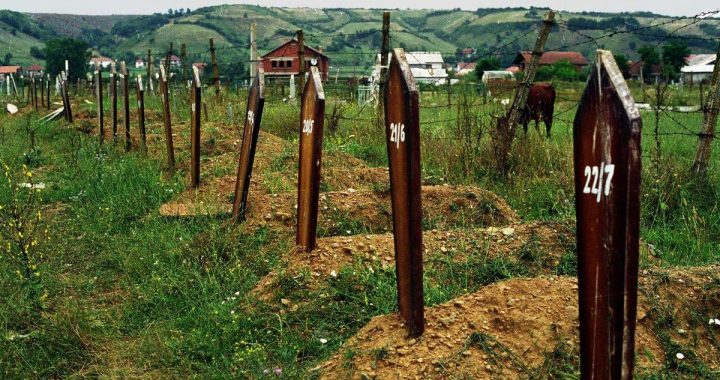 South Africa’s Truth and Reconciliation Commission is a model example of how to employ restorative justice after conflict, and it shows that it takes individuals with credibility to steer the process, and a genuine desire to acknowledge past violence to build lasting peace.

The end of the apartheid regime in South Africa was achieved through a series of negotiations led by Nelson Mandela and President F. W de Klerk, who released Mandela from imprisonment in 1990. These negotiations led to a deal that allowed the first multiracial general election, after which Mandela became president in 1994 and the Truth and Reconciliation Commission, TRC, was established in 1995.

The TRC was a court-like body that practised restorative justice. Witnesses identified as victims of gross human rights violations were invited to give statements about their experiences and these were often done as public hearings. Perpetrators of violence could also give testimony and request amnesty from both civil and criminal prosecution.

In June 2005, I was in Cape Town, experiencing the rainy South African winter from the basement of the International Centre for Transitional Justice. Under the mentorship of the late Professor Alex Boraine, who together with the Archbishop Desmond Tutu established the TRC, I was conducting a research project on transitional justice strategies following a period of conflict or repressive rule, designed to bring about a more just, democratic, and peaceful society.

More precisely, I was going through the archives and  listening to the painful stories of the victims of apartheid for several hours a day, mainly South African mothers who were in endless tears telling the stories of their murdered children, often dumped in unknown places and often never found.

On the bench opposite them would be the perpetrator who had committed the actual crime, and he would tell the story of how he and a certain colleague had stopped two boys on the side of the street, checked them, drove them somewhere in the dark and finished them off. He would reveal to the mother in detail how her son was actually murdered and where they buried his body. The mother would be given the opportunity to at least find the remains and give the son a proper burial – a place where he could rest in peace and where the family could honour and commemorate the victim. Often, in a state of despair, the mother would forgive the perpetrator for the crime in the name of ubuntu, the South African notion of compassion and humanity.

It is said that the only way for certain perpetrators to sit on the TRC bench was if they had already been granted amnesty for the crimes they had committed. It is also said that the process was more about revealing the truth than about justice. In other words, it was more about the white regime acknowledging the crimes it had committed. The South African TRC, therefore, had its gaps. But it was also hugely successful, mainly because it was initiated with a genuine intention to establish equality in a deeply fractured society, and due to the extraordinary reputation of both Mandela and the high profile of Archbishop Tutu.

In Kosovo, the current political troubles are thought to derive from a suspicion that a secret deal has been reached between the Presidents of Kosovo and Serbia. The word “amnesty” has also resurfaced in the past year, suggesting (again) that the two presidents were brewing plans for an exchange of amnesties for war crimes between Kosovo and Serbia.

There are around 24 established locations in Kosovo where innocent Kosovo Albanian villagers were killed systematically during  the 1998-99 war, which are widely referred to as massacre sites. Most were revealed during the ICTY 2005 war crimes indictment ‘Milosevic and others,’ including the Racak massacre, in which the mass killing of 45 Kosovo Albanians took place in the village of Racak; the Meja massacre, where the mass execution of more than 370 Kosovo Albanian civilians took place; the Krusha e Madhe massacre, where around 90 people were killed; the village of Izbica, where around 93 people were executed, and the town of Vushtrri, where 120 people were killed.

It is known that the President of Kosovo, Hashim Thaci, has been pursuing the idea of a Truth and Reconciliation Commission since 2017. “The aim of this commission will be the truth. The truth heals society from revenge and hatred,” he asserted that year.

I took part as an observer in one of the planning meetings for the proposed Truth and Reconciliation Commission in Prishtina and I was puzzled. I was trying to understand who the President of Kosovo was trying to reconcile – Kosovo with Serbia, from afar, by himself? Or Serbs and Albanians in Kosovo, by imposition? How did he envisage the hearings? Would he gather local Serbs to listen to the painful stories of the local Albanians and vice versa? Who would the commissioners be and where would this TRC be set up? With whom and how would he negotiate the potential amnesty or judgement for the perpetrators?

Let us imagine a scenario similar to the one in South Africa. A Kosovo Albanian mother would present herself to the Truth and Reconciliation Commission  hearing. She might tell her painful story of how her Serb neighbour, who happened to be a police officer, along with a group of Serbian soldiers, took away her three sons and husband in March 1999.

In 2003, two of her sons were found in a mass grave in Batajnica, while the third son and husband are still missing. Given that we have heard similar stories repeatedly in the past 20 years, how would this retold truth heal the society of Kosovo and why would it penetrate deeper this time in Serbia? It is not very likely that the perpetrator would be present in this hearing, knowing that the biggest mass grave in Serbia is inside the military base in Batajnica. The Serbian human rights activist Natasa Kandic says that human remains in these mass graves around Serbia open up a chain of responsibility that reaches to the very highest levels of authority. Therefore, the silence around the mass graves is systematic and the authorities have kept it well under control for all these years, and will most likely continue to do so.

It is unknown, therefore, whether the TRC in Kosovo plans to give Serbian perpetrators an amnesty “in absentia” and impose a healing process to the victims by default. This scenario would not promise a better future, or healing, despite the fact that (hypothetically) we would by then know the truth.

Another scenario is that a Serbian woman appears at the TRC to tell her truth, telling the Commission about her husband, a doctor, who was kidnapped and disappeared in June 1999 by a group of Albanian men. She asked for help from KFOR peacekeepers, the UN Mission in Kosovo and the then Interim Kosovo Government. To this day, none of them have found her son. After this hearing, Kosovo’s president would have more resources to identify the perpetrators, and determine whether the perpetrator will be afforded amnesty or not, whilst acknowledging the truth and in this case assuring the healing process for the Serbian community in Kosovo.

The above scenarios are truths that we all know. They are truths that were actually investigated by the international war crimes tribunal, ICTY, and reported by Amnesty International, we know them and live close to these victims. We also know that the truth alone does not necessarily heal a society from violent trauma; it is more likely that truth accompanied by justice would lead to a long-lasting peace in a divided society and that would pave the way for a healed future.

They also need a chance to make things right. Amnesty may be effective – but it is also the easy way out. Acknowledgment of past violence on behalf of perpetrators is and will remain a crucial step to building lasting peace.

Finally, if both sides recognise that there is common suffering, it may constitute a foundational element of group identity — an identity that remains as relevant in shaping the historical and cultural identity of the individuals of the society as the immediate experience of traumatic loss – an identity around which the group as a whole can build cohesion.

The opinions expressed in the opinion section are those of the author only and do not necessarily reflect the views of BIRN.

Nora Weller is a lawyer and researcher on atrocities heritage and cultural heritage protection. She is based at the University of Cambridge, UK