Youngsters enjoying the Sunny Hill Festival say it has only reminded them of their inability to see the wider world.

For the first time, young Kosovars sang the song “Mi Gente” in unison with Colombian singer J Balvin at the Sunny Hill Festival at Gërmia Park in Prishtina.

Kosovars still need visas to go to the big world music festivals where their favourite artists sing, but meanwhile keep in touch with the world through the “virtual eye”. 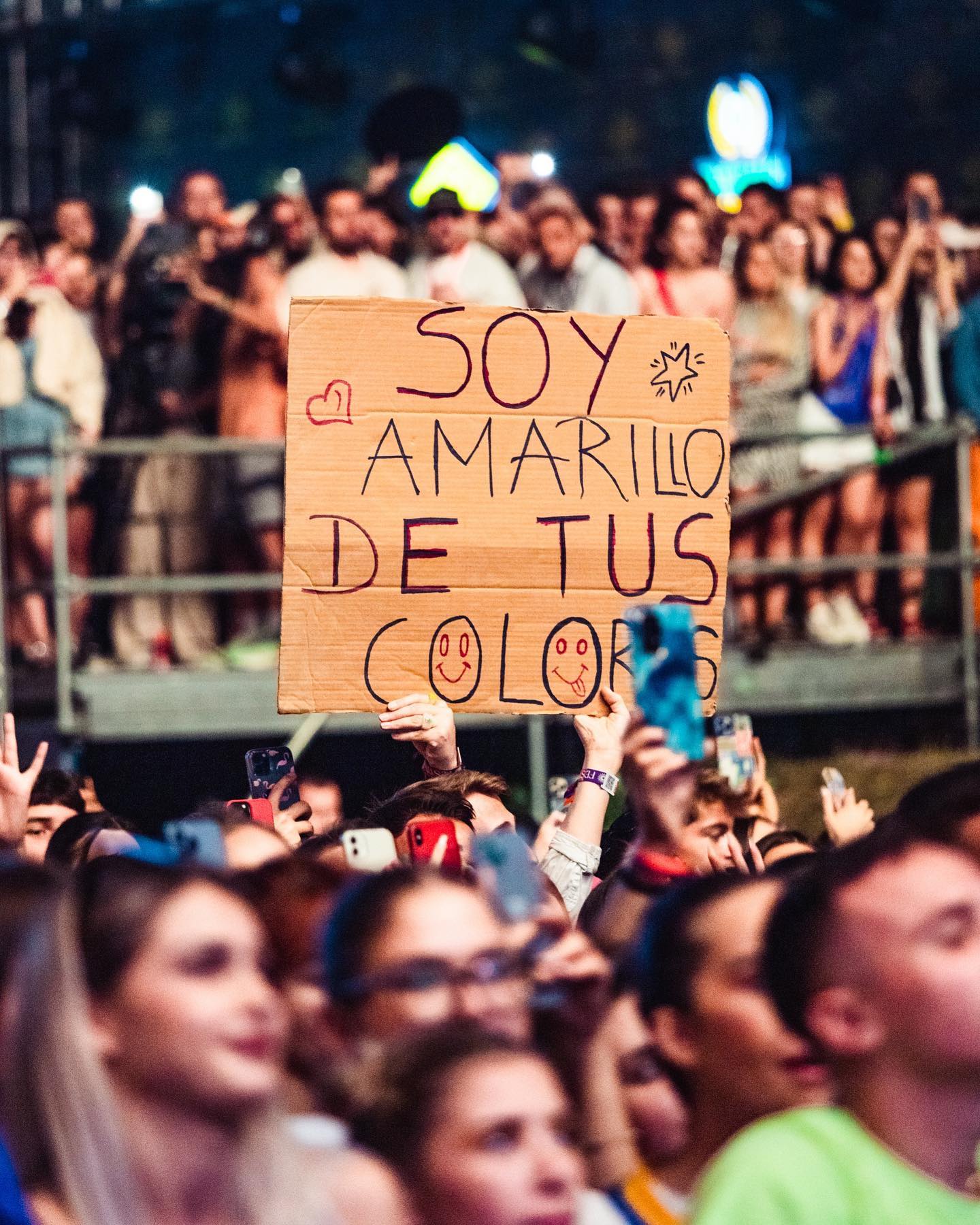 The disconnection of Kosovo from the cultural world  is not only made possible by the lack of visa liberalization. It is also experienced worst by the young. In addition to finding it difficult to study in other countries, their right to listen to their favourite music live is also being limited.

Feeling free only when dancing

With eyes covered with glitter and makeup that resembles the actor from the series Euphoria,Rue Benett (Zendaya) the young in their festival clothes resemble the audience at Glastonbury in England and Coachella in California, where, of course, they have never had the opportunity to participate.

Their body language during dances, socializing with peers from other cultures, clothing, make-up, the effect that the music of the new trends has had on them, all reflect their desire for integration into the wider world. How else can this happen without liberalization of visa rules?

But in spite of a great desire to visit other countries of the world, many youngsters are reluctant to publicly ask again for liberalization of visas. According to many of them, “it is useless to speak when Europe does not listen to us”.

Sunny Hill this year set the motto SetUsFree as a plea to Europe to liberalize visas – a request also made by participants and the singers who appeared on stage.

This yearning for the international scene is somewhat appeased by the Sunny Hill festival which, apart from Kosovars, also draws great interest among young people from other countries who – unlike the youth in Kosovo – have the opportunity to attend cultural activities anywhere on the map. According to the young Kosovars, this isolation has many consequences, making their integration into the world impossible and undermining their cultural life.

Altin Neziri, from Peja, dreams one day of attending the great international music festival Tomorrowland in Belgium. However, the visa that Europe is not giving him means he has only visited two neighbouring countries, Albania and Montenegro, in his 20 years of life.

“I feel very excluded from cultural life because I don’t have a visa. I want to see other countries and learn about new cultures. I have only been to Albania and Montenegro. But I’d like to go to Holland and Britain,” he told Prishtina Insight.

For Altini, it is the first time that he has been to a big music festival. He has always wanted to go to a Dua Lipa concert, but the lack of a visa trapped him inside Kosovo. After Neziri heard Dua Lipa performing in Sunny Hill, he hopes visas will be liberalized and he can also hear his favourite singer, Taylor Swift.

“It is a very good feeling to come to this festival because we have the opportunity to integrate into society, even without young people from other countries,” he added.

The youngsters, besides knowing the songs of Elvana Djata, PINTA, Dhurata Dora and Yll Limani, sang in unison the Colombian songs of J Balvin, the Italian songs of Mahmood, and the English songs of AJ Tracey and Skepta.

For 22-year-old Fjolla Gashi, Sunny Hill is a “consolation” for desires not being fulfilled elsewhere around the world.

“Organizations like this one give us ‘consolation’, no matter how little, but at the same time it reminds us that ‘this is all we got’ and that we need to be satisfied with that, at least for a time,” he said.

Even Fjolla, if she had a visa, would like to attend her dream festival, Tomorrowland. This is the first time she has been in the audience of an international music festival. She has never traveled outside of Albania and Montenegro.

“Along with me, tens of thousands of youngsters in Kosovo are also isolated, and I am sorry that we are spending the most beautiful time of our lives without the opportunity to go further than Albania, Montenegro or North Macedonia,” she said.

The dark sky in the Gërmia Park lit up the phosphorescent colours of the world-sized stages which had audiences from different countries. In this year’s Sunny Hill Festival, the young had the opportunity to spend four nights until the early hours of the morning experiencing the world music scene with singers Dua Lipa, J Balvin, AJ Tracey, Mahmood, Skepta and DJ Regard, Diplo, Skepta etc.

One Kosovar girl who lives and studies in Belgium said she wanted visas liberalized as soon as possible. Although she has a visa herself, she expressed despair that her peers cannot experience the joy of moving around Europe.

“If visas are issued to Kosovars, my friends and family can come to us to see the festivals they want, but now they can only see them through a screen,” she said.

Taulant Berisha liked Sunny Hill’s slogan, “Set Me Free”, and considers Dua Lipa the best ambassador of Kosovo in the world, as through her voice the voice of Kosovar youth can be heard around the world. 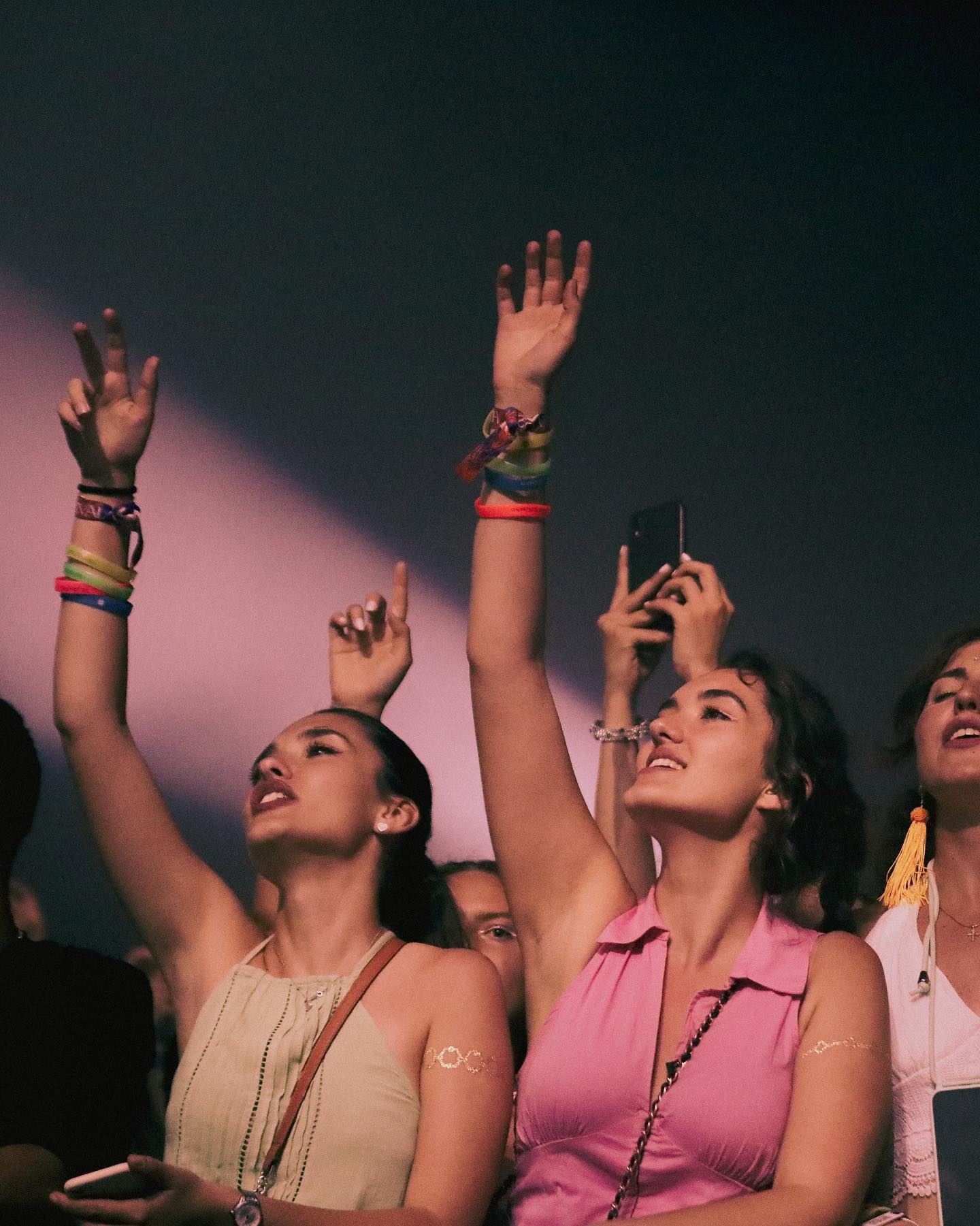 “I’m looking forward to the day when a visa changes my life. I wonder we don’t feel sorry for Europe; they left us the only youth locked up, without any opportunity,” he says.

According to him, the delay in visa liberalization is forcing them to find other forms of moving around, either with work or through illegal visas. He says that no matter how much the youth love Kosovo, everyone feels the desire see other countries.

“A festival like Sunny Hill best demonstrates our need to move. Just look at the energy we discharge during four nights just because such a multicultural festival is held here,” he added.

Of the 25,000 tickets sold for the festival of the world-famous Kosovar singer, Dua Lipa, the vast majority were young people who had come to hear live singers that they cannot hear in Kosovo.

Kosovo remains the only country in Europe whose citizens cannot move freely in the EU Schengen zone, even though the European Commission has twice said that Kosovo meets the criteria for visa liberalization. Kosovo has experienced this delay since 2011.