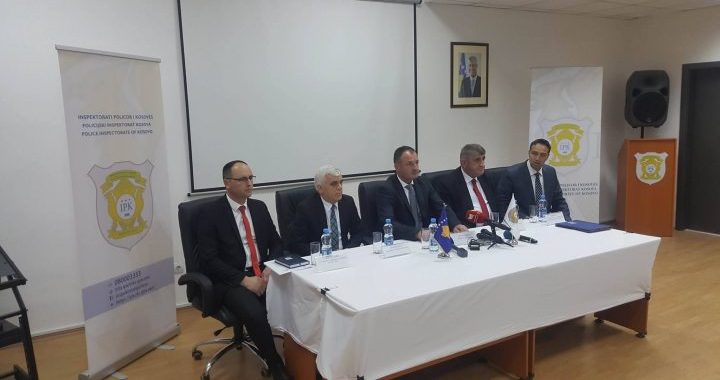 After a four-month investigation, the Kosovo Police Inspectorate has detained dozens of officers for felonies including abuse of office and bribery.

The Kosovo Police Inspectorate, KPI, detained 59 Kosovo Police officers on Monday. The detainees were taken to detention centers according to a prosecutorial order.

“This has been done after a four month investigation. They are suspected for committing felonies: abuse of office and accepting bribes,” said Hilmi Mehmeti at a KPI press conference on Monday.

Mehmeti said that suspension from official duty has been requested for all detainees.

One Bosnian, 35 Albanians, and 23 Serbs were arrested. Shyqri Syla, head prosecutor in Mitrovica, said that the Mitrovica municipality was the most affected region from this action. Among the arrested are 20 officers from the highway unit, 20 from the traffic unit in north Mitrovica, 15 from south Mitrovica, and four from the Prizren unit.

The police officers were investigated through wiretaps and hidden cameras.

“The investigations started after we received a lot of information from citizens who reported that these officials accepted bribes. Most of the officials are traffic police or control police on the highway,” said Syla.

The police officers will be detained by the police for 48 hours.